“Your association has taken a significant role in fostering public awareness of nuclear disarmament and has led to its advancement.”
– Kazi Matsui
Mayor of Hiroshima
June 2, 2022
Officials Urge Disarmament ‘Stepping Stones’

Warning of a possible resumed nuclear arms race, senior officials from 16 nations urged nuclear-armed nations last month to advance their disarmament efforts as required by the nuclear Nonproliferation Treaty (NPT). The June 11 meeting of foreign ministers and other high-level officials was hosted by Sweden as part of an initiative announced by Swedish Foreign Minister Margot Wallström at the NPT preparatory committee meeting in May. (See ACT, June 2019.) 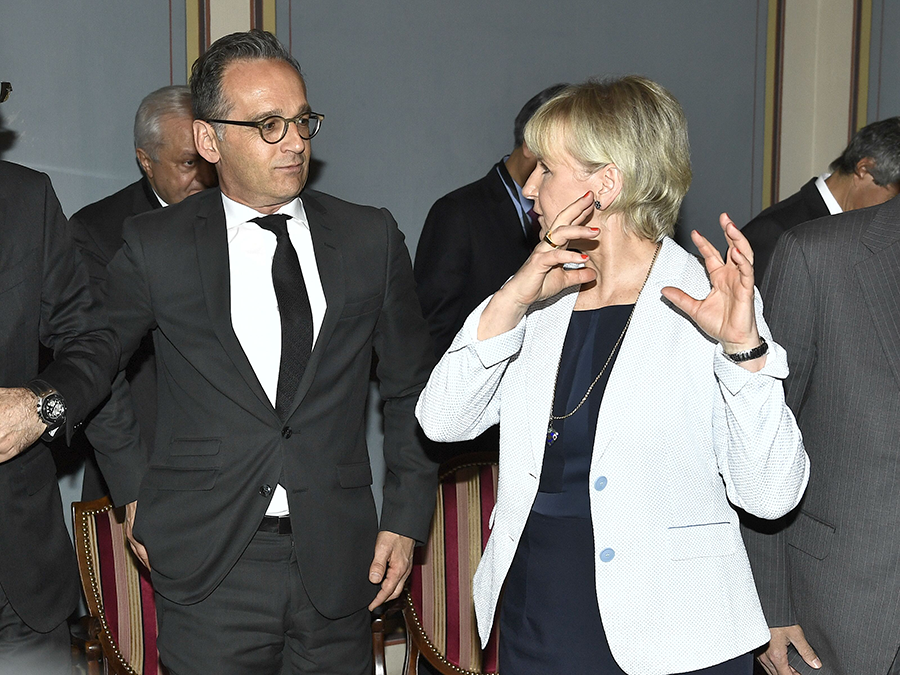 “The gradual downward trend of the global nuclear arsenal from its peak in 1986, should not be reversed,” the officials proclaimed in a joint declaration. “A potential nuclear arms race—which would serve no one’s interest—must be avoided.”

Their statement emphasized the importance of reaffirming the role of the NPT as “the cornerstone of the global disarmament and nonproliferation regime” and stressed the necessity of increased progress on the disarmament pillar of the treaty.

Toward that end, the ministers declared that they will seek an outcome at the 2020 NPT Review Conference that will identify “stepping stones” for the implementation of the NPT disarmament obligations, which commit the treaty’s five nuclear-weapon states to “pursue negotiations in good faith” to end the nuclear arms race and to achieve nuclear disarmament.

The officials highlighted concrete measures that could be taken to advance disarmament, as previously presented in a Swedish working paper, including more transparent declaratory policies, measures to reduce the role of nuclear weapons in doctrines, strengthening negative security assurance, working on nuclear disarmament verification, and addressing the production of fissile material.

Sweden first submitted the working paper to the NPT preparatory committee meeting in April. The United States also has pursued an initiative ahead of the review conference, titled “Creating an Environment for Nuclear Disarmament”.

Citing the need to identify common ground on disarmament, Wallström told the May NPT meeting that “the NPT community cannot come empty-handed next year” for the review conference. The process laid out in the working paper could help to build trust and confidence and “unlock current diplomatic blockages,” she said.