Prospects for extending the 2010 New Strategic Arms Reduction Treaty (New START) dimmed in late June as U.S. National Security Advisor John Bolton criticized the pact that is due to expire in February 2021. 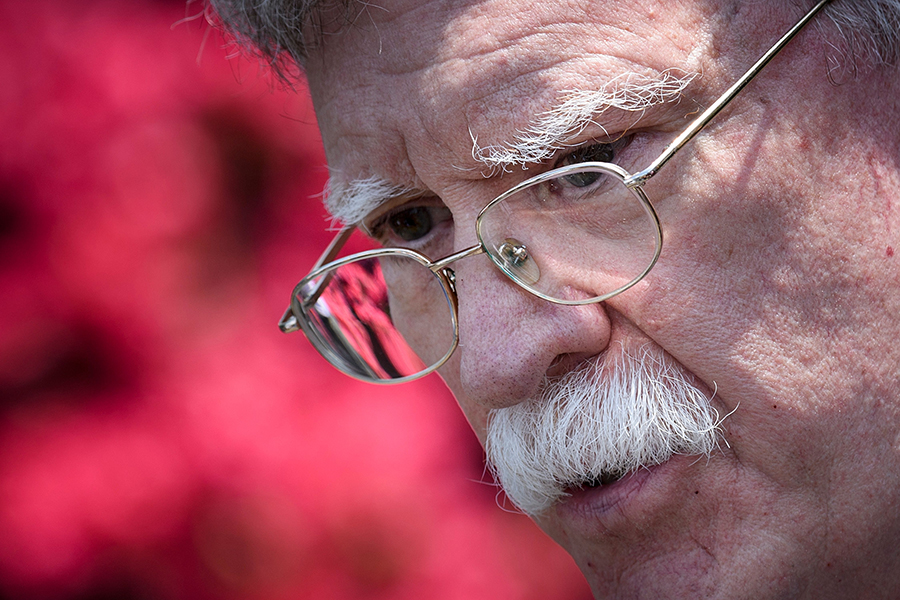 “There’s no decision, but I think it’s unlikely,” he told the Washington Free Beacon in an interview published June 18. His comments came less than a week after top U.S. and Russian arms control diplomats met in Prague to discuss the resumption of talks on strategic stability and the future of New START.

In his interview, Bolton said most Republican senators who voted to approve New START in 2010 actually opposed the treaty, primarily because the pact has no provisions or limitations on tactical or non-strategic nuclear weapons. “That flaw remains today,” he said, “so simply extending it, extends the basic flaw.”

The treaty was negotiated to last 10 years after its entry into force, but it can be extended by up to five years by mutual agreement of the U.S. and Russian presidents.

Russian President Vladimir Putin told reporters on June 6 that Russia is prepared to let New START lapse if the Trump administration is not interested in extending the agreement. Russia has “already said a hundred times that we are ready to do so, but no one is willing to talk about it with us,” he said. Putin and President Donald Trump are expected to briefly meet at a late-June Group of 20 summit in Japan.

A June 12 meeting in Prague between Andrea Thompson, U.S. undersecretary of state for arms control and international security, and Russian Deputy Foreign Minister Sergey Ryabkov was their fourth meeting this year, but the first where “strategic security issues on which the United States would like to engage in a more constructive dialogue with Russia” were discussed, according to the State Department.

Senior U.S. and Russian officials last met for a dialogue on strategic stability in Helsinki in September 2017, but a subsequent conversation scheduled to take place in early 2018 was canceled. (See ACT, October 2017.) The previous meetings between Ryabkov and Thompson this year were largely focused on the narrower issue of the 1987 Intermediate-Range Nuclear Forces Treaty.

The recent discussion followed a May meeting between U.S. Secretary of State Mike Pompeo with Russian Foreign Minister Sergey Lavrov and Putin in Sochi. Pompeo told reporters after the meeting that the two nations would soon “gather together teams” to discuss New START and its potential extension, as well as “a broader range of arms control issues.” (See ACT, June 2019.)

After his latest meeting with Thompson, Ryabkov told Russian journalists that it was a “starting point” for further conversations and negotiations and that both sides recognized the importance of continued dialogue. Prior to the meeting, Ryabkov said on June 7 that Russia intended to discuss New START, prospects for next year’s nuclear Nonproliferation Treaty (NPT) review conference, U.S. allegations about Russian compliance with the Comprehensive Test Ban Treaty, and the prospect of space-based weapons and U.S. missile defense systems.

The two diplomats also discussed the Trump administration’s recently stated desire for a more comprehensive nuclear arms control agreement that would include China, according to Ryabkov’s June 12 statement to reporters. (See ACT, June 2019.) He added that although a multilateral process was a good idea, it must involve all five nuclear-weapon states recognized under the NPT, including France and the United Kingdom.

Meanwhile, Russia had sent several proposals to the United States over the past year on strategic stability and arms control, according to Lavrov. Russia “expects specific responses” to proposals that “cover the entire range of issues of strategic stability,” as well as “control over nuclear and other strategic offensive and defensive weapons,” he said, adding that one of the proposals “of fundamental importance” is for both countries to reaffirm “at the top level” that “a nuclear war cannot be won, and therefore it is unacceptable.”

Forgoing “the benefits of New START by failing to extend the agreement would be a serious mistake for strategic stability and U.S. security,” they wrote.

The letter praised the administration’s “effort aimed at bringing both China and Russia into new arms control talks,” but stressed that, in light of “the challenges inherent to reaching new agreements with Russia and China, we strongly believe the limitations and verification measures of New START must remain in place while any such negotiation occurs.”

Engel and the ranking Republican on the House Committee on Foreign Affairs, Rep. Michael McCaul (R-Texas), also continue to pursue House approval of their bill which expresses the sense of congress that the United States should seek to extend the New START so long as Russia remains in compliance. Their bill would also require several briefings and reports, including an intelligence assessment of how the expiration of New START would affect the size and posture of Russian nuclear forces and the additional intelligence capabilities the United States would need to compensate for the loss of the treaty’s extensive transparency and on-site monitoring provisions.