“Over the past 50 years, ACA has contributed to bridging diversity, equity, inclusion and that's by ensuring that women of color are elevated in this space.”
– Shalonda Spencer
Women of Color Advancing Peace, Security, and Conflict Transformation
June 2, 2022
Bolton’s Attempt to Sabotage New START

Last year, President Donald Trump told reporters that he wanted to work with Russian President Vladimir Putin “to discuss the arms race, which is getting out of control.”

Unfortunately, Trump’s national security adviser, John Bolton, stiff-armed a proposal supported by the Defense and State departments to engage in strategic stability talks with Moscow. Bolton also persuaded Trump, without a viable plan B, to terminate the 1987 Intermediate-Range Nuclear Forces Treaty in response to alleged Russian violations of the treaty. 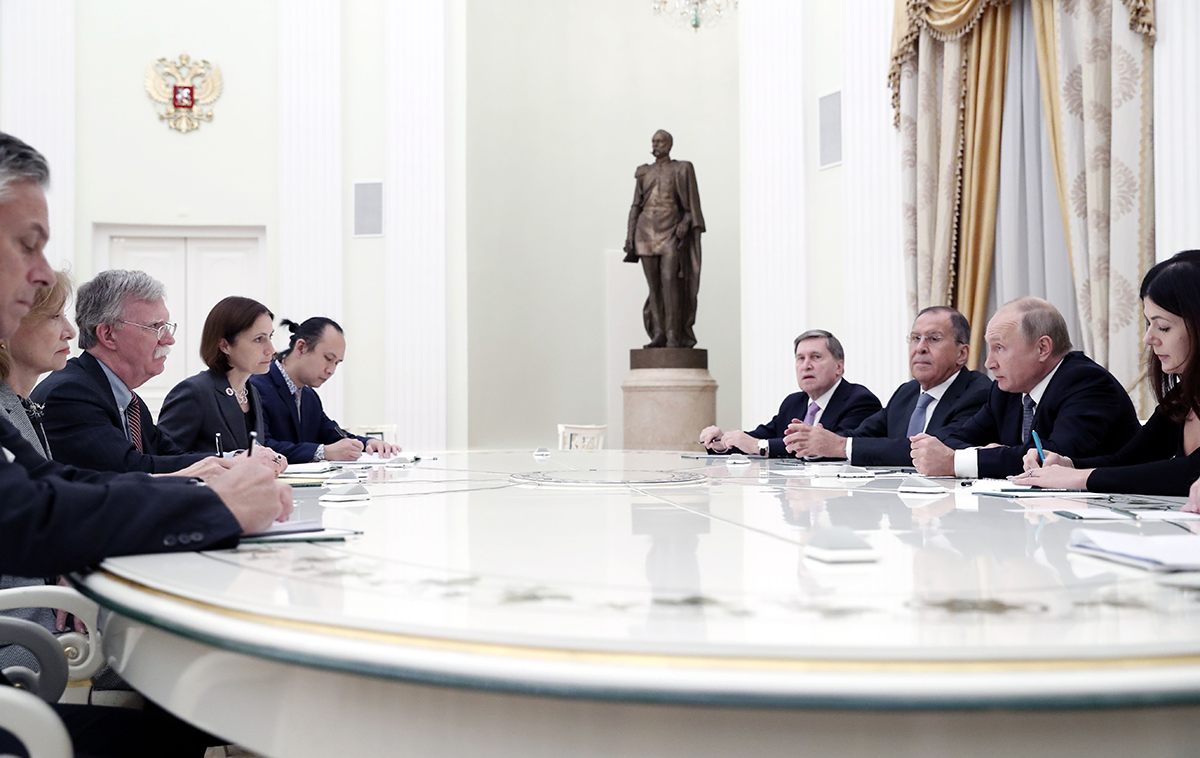 Worse yet, Trump’s national security team has dithered for more than a year on beginning talks with Russia to extend the 2010 New Strategic Arms Reduction Treaty (New START) before it expires in February 2021. It is now apparent that Bolton is trying to steer Trump to discard New START.

In an interview published June 18, he spoke of a New START extension, saying, “[T]here's no decision, but I think it's unlikely.”

Without New START, there would be no legally binding, verifiable limits on the U.S. or Russian nuclear arsenals for the first time in nearly half a century. Today, the treaty caps the number of deployed warheads at 1,550 for each side; if that ceiling expires, Russia and the United States could upload hundreds of additional nuclear warheads to their long-range delivery systems.

Bolton argued that a key flaw of New START is that it has no provisions or limitations on tactical, or nonstrategic, nuclear weapons. “So simply extending it,” he said, “extends the basic flaw."

Bolton further suggested that new strategic weapons being developed by China and Russia, including hypersonic glide vehicles, and other new delivery vehicles “are simply not effectively covered by New START.”

In fact, if Russia deploys its Avangard hypersonic weapon, which is launched by an intercontinental ballistic missile (ICBM), the weapon would be covered by New START, according to the State Department. Also, Washington could insist that any new Russian strategic nuclear delivery system, whether a long-range torpedo or missile, also be subject to New START limits.

Bolton also argued that Trump wants to bring China into trilateral negotiations with Russia on a new agreement to limit nuclear weapons not covered by New START.

Pursuing talks with other nuclear-armed states and trying to limit all types of nuclear weapons is an admirable objective, but such a negotiation would be complex and time-consuming. It would be malpractice to discard New START in the hopes of negotiating a more comprehensive, ambitious nuclear arms control agreement with Russia and China and getting it ratified and into force.

There is no realistic chance a new agreement along these lines could be finalized before New START expires. The first step should be a five-year extension of New START, which would provide a foundation for a more ambitious successor agreement.

Bolton’s malign influence on U.S. arms control and international security objectives requires that Congress make it clear that the evisceration of common-sense arms control is unacceptable.

A bill introduced by a bipartisan coalition led by House Foreign Affairs Committee Chairman Eliot Engel (D-N.Y.) and Rep. Mike McCaul (R-Texas), the committee’s ranking member, calls for extending New START as long as Russia remains in compliance, or until a new treaty that“provides equal or greater constraints” enters into force. It would also require intelligence assessments of how New START’s expiration would affect the size and posture of Russian nuclear forces and of the additional intelligence capabilities that would be needed to compensate for losing the treaty’s extensive transparency and on-site monitoring provisions.

Meanwhile, Sens. Edward Markey (D-Mass.) and Elizabeth Warren (D-Mass.) have launched a bill to prohibit any funding for nuclear weapons that would violate New START limits as long as Russia continues to stay below treaty ceilings. Such an approach would guard against a breakout by either side and help to maintain strategic stability.

If Trump continues to listen to Bolton’s advice and allows New START to expire, he will likely become the first president since John Kennedy to fail to conclude at least one agreement with Russia to reduce nuclear dangers, and he will have opened the door to a new and dangerous nuclear arms race.