For the third year in a row, the Trump administration is proposing to reduce funding for core U.S. nuclear security and nonproliferation programs at the semiautonomous National Nuclear Security Administration (NNSA). The fiscal year 2020 budget request has prompted concerns from experts and lawmakers who have warned of persistent threats of nuclear terrorism and diminishing international attention to nuclear security. 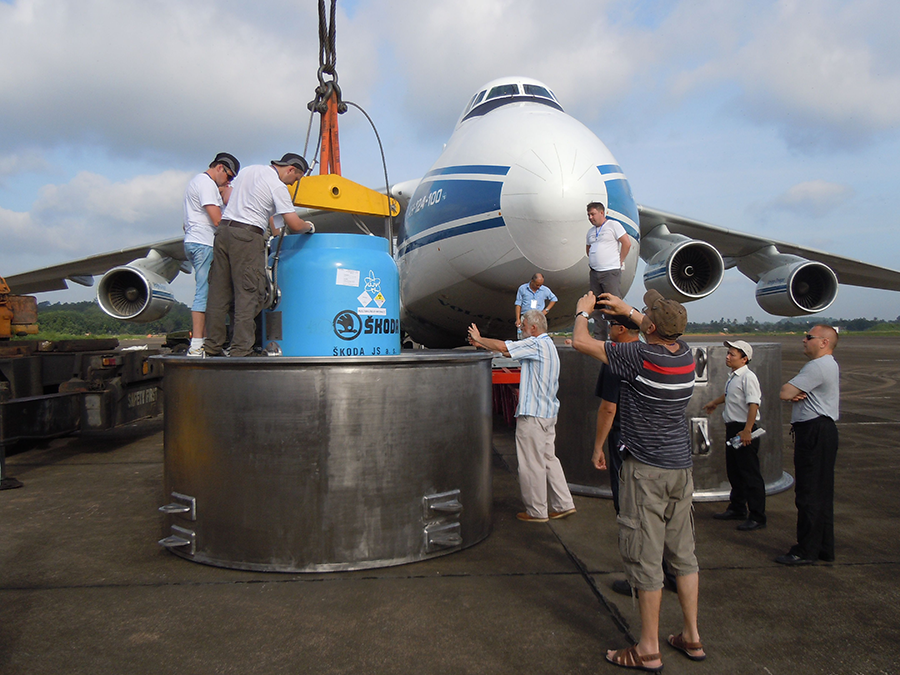 Even NNSA Administrator Lisa Gordon-Hagerty suggested that the submission is insufficient, telling a congressional committee last month that she would gladly take additional funds above the budget request “to secure more nuclear materials around the world because that’s nuclear materials that are less likely to fall in the hands of terrorists or adversaries.”

The Trump administration is asking for $1.3 billion for core nuclear security and nonproliferation programs at the NNSA next year, a decrease of about $100 million, or 7 percent, from the fiscal year 2019 appropriation.

When measured against what the NNSA said it would request for these programs during the last year of the Obama administration, the fiscal year 2020 proposal is more than $200 million less than projected.

The largest proposed reduction in the request is to the Global Material Security program, which has the task of improving the security of nuclear materials around the world, securing orphaned or disused radiological sources, and strengthening nuclear smuggling detection and deterrence. The program would get $342 million, a $65 million reduction from the fiscal year 2019 appropriation.

According to budget documents, the decline from the enacted level reflects “a return to the baseline budget” after one-time increases from Congress in fiscal year 2019 to programs addressing domestic and international radiological material security and nuclear smuggling.

Asked at a House Armed Services Committee hearing on April 9 what the NNSA could do with an additional $80 million for international nuclear security programs, Gordon-Hagerty said the agency could acquire additional cesium blood irradiators, undertake “additional training around the world,” and help other countries with “security installations.”

The Material Management and Minimization program, which supports the removal of civilian highly enriched uranium (HEU) and plutonium around the world and converts HEU-fueled research reactors and medical isotope production facilities to the use of low-enriched uranium, would receive $334 million, a decrease of $59 million from the fiscal year 2019 appropriation.

The budget request would increase funding slightly for nonproliferation and arms control activities from a fiscal year 2019 appropriation of $130 million to $137 million. Spending for nonproliferation research and development activities, which focus on technologies used in tracking foreign nuclear weapons programs, illicit diversion of nuclear materials, and nuclear detonations, would rise to $495 million from its $477 million fiscal year 2019 appropriation.

Experts and lawmakers are questioning the wisdom of the proposed reductions in funding for NNSA nuclear and radiological security activities.

A policy brief from Harvard University’s Managing the Atom Project published in April argued that the “budget request for programs to reduce the dangers of nuclear theft and terrorism is too small to implement the ambitious approach that is needed.”

Although past U.S. efforts to improve nuclear security around the world have been highly successful, the brief notes, “momentum is slowing, raising serious doubts as to whether national leaders are fulfilling their commitment to continue to make nuclear security a priority.”

Rep. Marcy Kaptur (D-Ohio), the chairwoman of the House energy and water appropriations subcommittee that oversees the NNSA’s nuclear weapons and nonproliferation work, expressed concern at an April 2 hearing on the NNSA budget request “that the administration is taking its foot off the gas pedal with respect to key nonproliferation programs.”

During the first two years of the Trump administration, Congress provided almost $300 million more than what the administration requested for core NNSA nuclear security and nonproliferation programs.

Elsewhere in the NNSA nonproliferation budget, the administration is requesting $220 million to close down the controversial mixed-oxide (MOX) fuel facility and $79 million to support an alternative strategy to dispose of 34 metric tons of surplus plutonium from the U.S. nuclear weapons program. (See ACT, March 2019.)

The MOX fuel facility, designed to turn the surplus material into fuel for civilian power reactors, has been plagued by major cost increases and schedule delays. The Energy Department has sought to end the program since 2014 in favor of
a cheaper alternative, known as dilute and dispose. That process would down-blend the plutonium with an inert material for direct disposal at the deep-underground Waste Isolation Pilot Plant in New Mexico.

The NNSA estimated last year that the dilute-and-dispose process would cost $19.9 billion, or 40 percent of the $49.4 billion cost of continuing the MOX fuel program.