“[My time at ACA] prepared me very well for the position that I took following that with the State Department, where I then implemented and helped to implement many of the policies that we tried to promote.”
– Peter Crail
Business Executive for National Security
June 2, 2022
Indian ASAT Test Raises Space Risks

India’s successful March 27 test of a weapon designed to destroy satellites has raised concerns that the resulting debris field may threaten orbiting space objects and that other states will develop similar weapons. 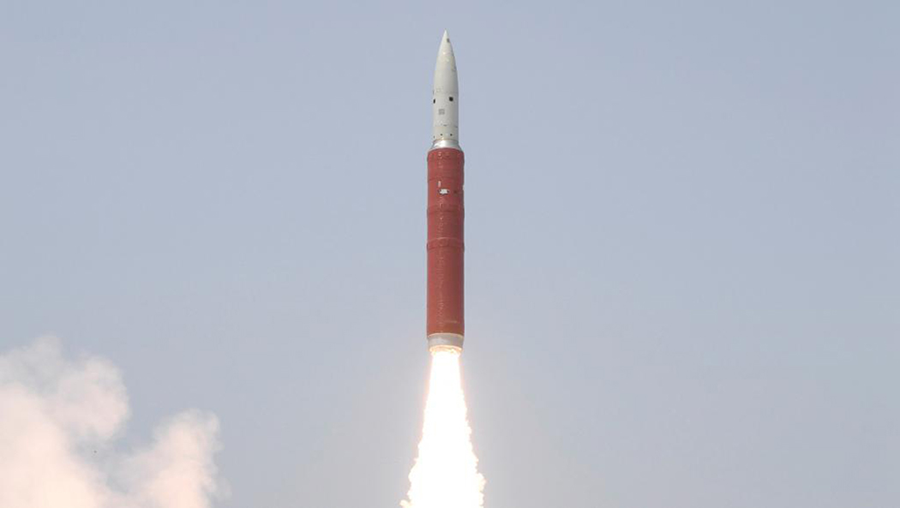 India launched the target satellite into low orbit in January, and the interceptor, developed as part of India’s ballistic missile defense system by the Defense Research and Development Organization, was launched from the Abdul Kalam Island launch center. India may have attempted an earlier test on Feb. 12, but that effort appears to have been unsuccessful.

Modi called the test a “historic feat” and said that the country is now “an established space power.” Modi said that India continues to maintain that “space should not be an area for warfare and that remains unchanged” despite the successful test. He described the test as defensive and said it was not targeted at any particular country.

Despite Modi’s insistence that the test was defensive, India’s development of ASAT capabilities could be perceived as offensive and destabilizing. ASAT weapons allow a state to target another country’s satellites, which could cripple intelligence and communications in the event of a conflict.

India has been seeking to match and deter Chinese military capabilities, and New Delhi’s pursuit of an ASAT weapon may have been designed to send a signal to Beijing, which conducted its own ASAT weapons test in 2007. ASAT capabilities are less useful against India’s other regional adversary, Pakistan, because Islamabad relies less on satellites for military and security purposes.

The U.S. State Department press release following the March 27 test took note of India’s announcement, but did not condemn the test. The muted U.S. response could be interpreted by India and other states as a green light for future testing, contributing to concerns about igniting a space race.

In addition to enhancing risks of an ASAT weapons competition, the Indian test introduced orbital debris that could threaten other objects circling the globe, including the International Space Station.

NASA Administrator Jim Bridenstine said it was a “terrible, terrible thing to create an event that sends debris” above the station. He said it is “not acceptable” to put astronauts at risk.

Other nations’ ASAT weapons tests have created even larger debris fields. China tested an ASAT weapon in 2007, creating more than 2,300 pieces of debris. The Indian test likely produced about 400 pieces, similar to a 2008 test conducted by the United States. The United States argued at the time that its test was necessary to destroy a falling satellite.

The United States, Russia, and China are continuing to develop and refine ASAT weapons, but the testing is largely done through “proximity operations,” which are designed to prevent the actual destruction of satellites.

A March 27 statement from the Indian foreign ministry said that the test deliberately targeted a satellite in low orbit “to ensure that there is no space debris” and that any debris created “will decay and fall back onto the Earth within weeks.”

The Indian test revived calls for negotiating new limits to guide the peaceful use of space. Currently, the only international restraint is the 1967 Outer Space Treaty, which prohibits the placement and testing of weapons of mass destruction and military installations in outer space, but does not address other space-based weapons or ASAT technology.

The European Union began to push for negotiations to develop guidelines on the use of outer space in 2008 and produced a draft code of conduct for outer space in 2012. India participated in the discussions on the code, and the draft included commitments by states to pursue space debris mitigation efforts and a controversial commitment to avoid “intentional destruction and other harmful activities.”

The United Nations held negotiations in July 2015 on the proposed code, which would be nonbinding, unlike a treaty. The Obama administration said at the time that the United States supported the meeting, but would not propose the negotiation of an ASAT weapons test moratorium.

Russia and China also objected to elements of the code and preferred to limit its applicability to civilian space activities, which would not cover ASAT weapons testing.

Preventing an arms race in space is on the agenda for the Conference on Disarmament (CD), but the issue has seen little progress there. Russia and China drafted a treaty and presented it to the CD in 2008. They later revised it in 2014, and a group of governmental experts made recommendations to the CD in 2017 on elements necessary for a legally binding treaty preventing an arms race in outer space. The Russian and Chinese proposal, however, does not definitively define what constitutes a space weapon, and because ASAT missile interceptors are ground based, they would likely not be covered by the draft text.