“Over the past 50 years, ACA has contributed to bridging diversity, equity, inclusion and that's by ensuring that women of color are elevated in this space.”
– Shalonda Spencer
Women of Color Advancing Peace, Security, and Conflict Transformation
June 2, 2022
UN Security Council Previews NPT Meeting

The UN Security Council endorsed a general statement in support of the nuclear Nonproliferation Treaty (NPT) during an early April meeting, but the session revealed persistent fault lines over the pact that serves as the foundation of international nonproliferation efforts. The meeting previewed positions before the two-week preparatory committee meeting for the 2020 NPT Review Conference that began April 29. 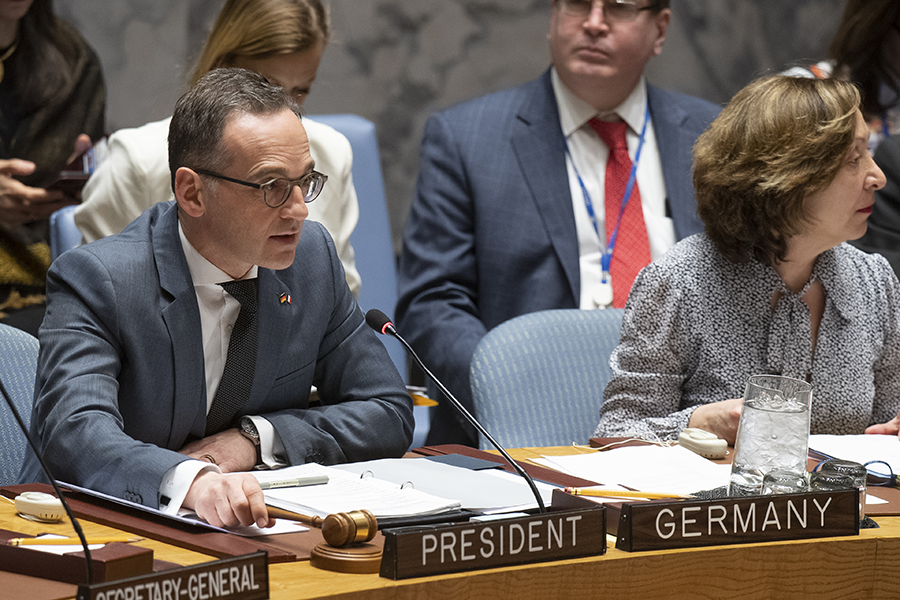 German Foreign Minister Heiko Maas presided over the meeting, which began with statements from Yukiya Amano, director-general of the International Atomic Energy Agency, and Izumi Nakamitsu, high representative of the UN Office for Disarmament Affairs.

Many non-nuclear-weapon states stressed the need for increasing the pace of nuclear disarmament, arguing that nuclear-armed powers have made unimpressive progress and are pursuing steps in the wrong direction. Jerry Matjila, South Africa’s permanent representative to the UN, expressed disappointment about nuclear-weapon states’ “lack of urgency and seriousness” about disarmament, and Indonesian Foreign Minister Retno Marsudi said that disarmament was the least advanced of the nuclear powers’ NPT obligations. Peru’s representative said that states can only strengthen the NPT if they reduce nuclear arsenals further.

States said that even existing disarmament commitments are under threat, and several diplomats urged the United States and Russia to resolve their dispute over the Intermediate-Range Nuclear Forces Treaty. Indonesia, for example, said that intentions to dismantle existing disarmament commitments must be prevented. Several countries, including Belgium, China, and Germany urged the United States and Russia to extend the New Strategic Arms Reduction Treaty when it expires in 2021.

Diplomats continued to disagree over the merits of the 2017 Treaty on the Prohibition of Nuclear Weapons (TPNW) and whether it complements the NPT. Cote D’Ivoire, the Dominican Republic, Equatorial Guinea, Indonesia, Peru, and South Africa expressed support for the TPNW, emphasizing its complementarity with the NPT.

Andrea Thompson, U.S. undersecretary of state for arms control and international security, dismissed the TPNW as failing “to address the security challenges that continue to make nuclear deterrence necessary,” in stark contrast, she contended, with the U.S. approach titled “Creating an Environment for Nuclear Disarmament.” Thompson argued that NPT members should focus on areas of commonality and not hold next year’s review conference “hostage” to divisive issues such as the TPNW or creating a weapons of mass destruction-free zone in the Middle East.

Russia announced it would participate in a November UN conference on advancing this Middle Eastern zone and encouraged all nuclear-weapon states to participate. The conference was mandated by a UN General Assembly resolution adopted in late 2018, although the United States voted against it and France and the United Kingdom abstained. (See ACT, December 2018.) An April report by an experts group convened by the Japanese Ministry of Foreign Affairs also encouraged states to participate in the conference.

Looking ahead, Nakamitsu recommended four steps for states to take to avoid a failure to reach consensus at the 2020 NPT Review Conference: implement agreements from past NPT review cycles; engage in a genuine dialogue about international security; ensure a balance between advancing disarmament, nonproliferation, and nuclear energy concerns; and think creatively about a successful review conference outcome.