Smart U.S. leadership is an essential part of the nuclear risk reduction equation. Unfortunately, after more than two years into President Donald Trump’s term in office, his administration has failed to present a credible strategy to reduce the risks posed by the still enormous U.S. and Russian nuclear arsenals, which comprise more than 90 percent of the world’s nuclear weapons. 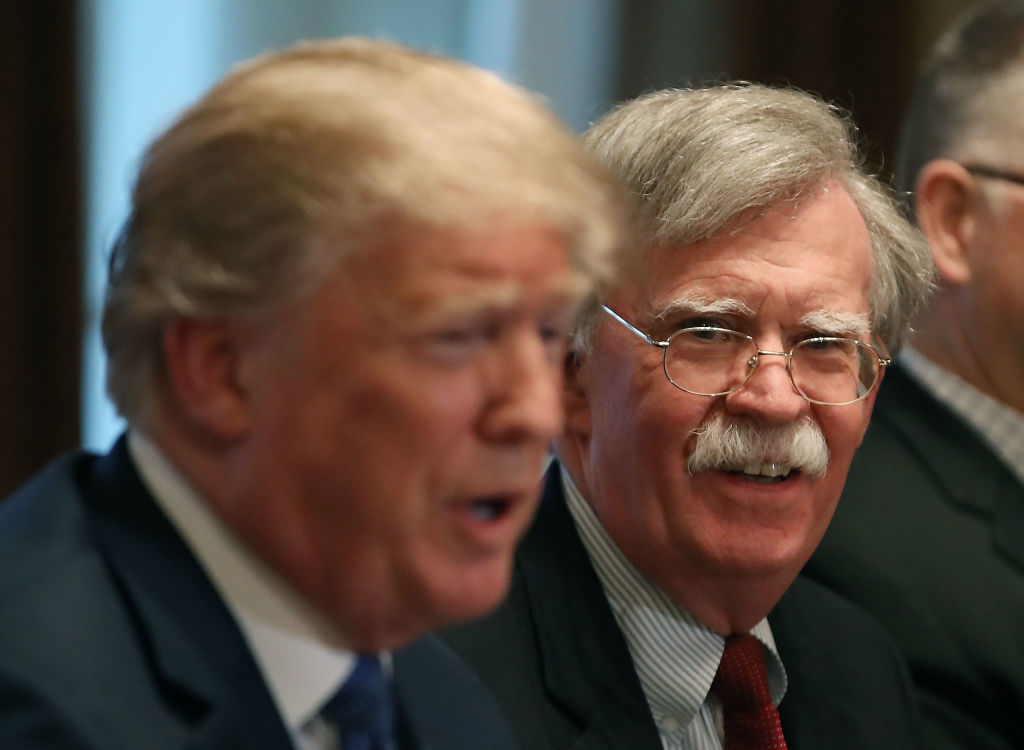 Instead, Trump has threatened to accelerate and “win” an arms race with nuclear-armed Russia and China as tensions with both states have grown. Trump has shunned a proposal supported by his own Defense and State departments to engage in strategic stability talks with Moscow. Trump also has ordered the termination of the 1987 Intermediate-Range Nuclear Forces Treaty without a viable plan B, and his national security team has dithered for more than a year on beginning talks with Russia to extend the 2010 New Strategic Arms Reduction Treaty (New START) before it expires in February 2021.

Now, the president is dropping hints that he wants some sort of grand, new arms control deal with Russia and China. “Between Russia and China and us, we’re all making hundreds of billions of dollars’ worth of weapons, including nuclear, which is ridiculous,” Trump said on April 4 as he hosted Chinese Vice Premier Liu He in the Oval Office.

According to an April 25 report in The Washington Post, Trump formally ordered his team to reach out to Russia and China on options for new arms control agreements. The instructions on Russia apparently call for the pursuit of limits on so-called nonstrategic nuclear weapons, a category of short-range, lower-yield weapons that has never been subject to a formal arms control arrangement.

At first glance, that may sound promising. Bringing other nuclear actors and all types of nuclear weapons into the disarmament process is an important and praiseworthy objective. But this administration has no plan, strategy, or capacity to negotiate such a far-reaching deal. Even if it did, negotiations would likely take years.

China, which is estimated to possess a total of 300 nuclear warheads, has never been party to any agreement that limits the number or types of its nuclear weaponry. Beijing is highly unlikely to engage in any such talks until the United States and Russia significantly cut their far larger arsenals, estimated at 6,500 warheads each.

Russian President Vladimir Putin may be open to broader arms control talks with Trump, but he has a long list of grievances about U.S. policies and weapons systems, particularly the ever-expanding U.S. missile defense architecture. The Trump administration’s 2019 Missile Defense Review report says there can be no limits of any kind on U.S. missile defenses—a nonstarter for Russia.

These realities, combined with the well-documented antipathy of Trump’s national security advisor, John Bolton, to New START strongly suggest that this new grand-deal gambit does not represent a serious attempt to halt and reverse a global arms race.

It is more likely that Trump and Bolton are scheming to walk away from New START by setting conditions they know to be too difficult to achieve.

With less than two years to go before New START expires, Washington and Moscow need to begin working immediately to reach agreement to extend the treaty by five years. Despite their strained relations, it is in their mutual interest to maintain verifiable caps on their enormous strategic nuclear stockpiles.

Without New START, which limits each side to no more than 1,550 deployed strategic warheads and 700 deployed strategic delivery vehicles, there will be no legally binding limits on the world’s two largest nuclear arsenals for the first time in nearly five decades.

Extending New START would provide a necessary foundation and additional time for any follow-on deal with Russia that addresses other issues of mutual concern, including nonstrategic nuclear weapons, intermediate-range weapons, and understandings on the location and capabilities of missile defense systems and advanced conventional-strike weapons that each country is developing.

A treaty extension could help put pressure on China to provide more information about its nuclear weapons and fissile material stockpiles. China also might be more likely to agree to freeze the overall size of its nuclear arsenal or agree to limit a certain class of weapons, such as nuclear-armed cruise missiles, so long as the United States and Russia continue to make progress to reduce their far larger and more capable arsenals.

If in the coming weeks, however, Team Trump suggests China must join New START or that Russia must agree to limits on tactical nuclear weapons as a condition for its extension, that should be recognized as a disingenuous poison pill designed to create a pretext for killing New START.

Before Trump and Bolton try to raise the stakes for nuclear arms control success, they must demonstrate they are committed to working with Russia to extend the most crucial, existing agreement: New START.