Just weeks after declaring its intent to withdraw from the Intermediate-Range Nuclear Forces (INF) Treaty, the United States announced plans to test two missiles this year with ranges that exceed the treaty’s limits. The tests are scheduled to take place after Aug. 2, when the U.S. treaty withdrawal is set to take effect, Defense Department officials told reporters March 13. 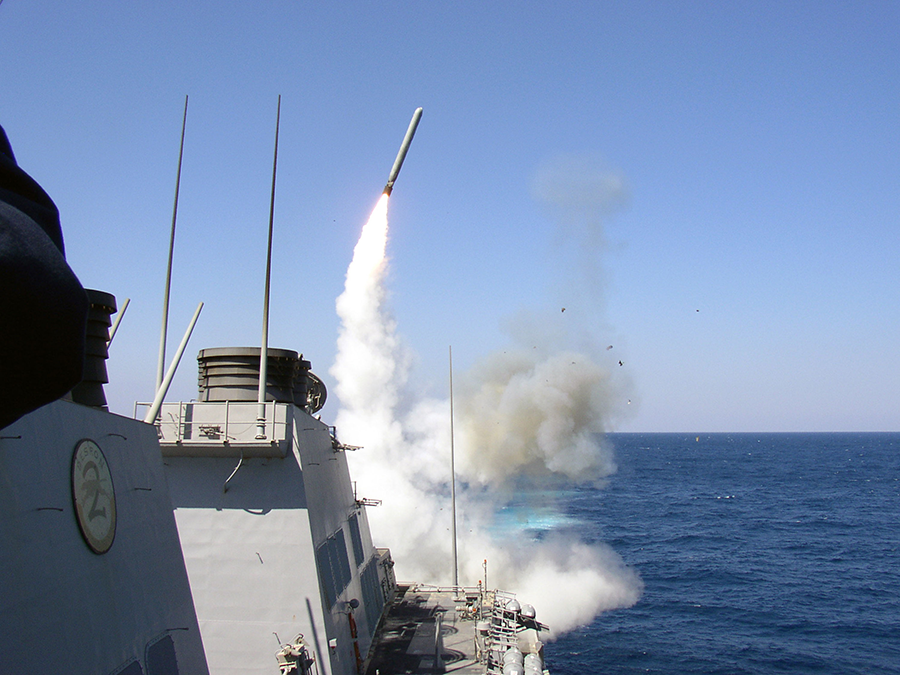 First, reportedly in August, the Pentagon plans to test a mobile, ground-launched variant of the Navy’s Tomahawk sea-launched cruise missile, with a 1,000-kilometer range. The new cruise missile could be deployed within 18 months, according to defense officials.

Next, a mobile, ground-launched ballistic missile with a range of 3,000 to 4,000 kilometers, is likely to be tested in November. The officials said this new weapon will not be ready for deployment for at least five years.

The United States announced on Feb. 2 that it would immediately suspend its adherence to the INF Treaty and withdraw completely from the pact in six months, citing Russian deployments of cruise missiles that U.S. officials said violated the treaty’s range limits. (See ACT, March 2019.) The Pentagon would cancel the scheduled U.S. tests if Russia returns to compliance with the INF Treaty before the U.S. withdrawal, the defense officials said March 13.

There have been no discussions with allies in Europe and Asia about hosting the new missiles, the officials said, but one speculated that the new ballistic missile could be deployed in Guam, a U.S. territory located about 3,000 kilometers from China.

The Defense Department has not yet indicated the cost of developing the new weapons. Last year, Congress approved $48 million for research and development on “concepts and options for conventional, ground-launched, intermediate-range missile systems” in response to Russia’s alleged violation of the INF Treaty. (See ACT, November 2018.)

The same day the U.S. suspension was announced, Russian President Vladimir Putin ordered preparations for the development of a ground-launched adaptation of the Kalibr nuclear-capable, sea-launched cruise missile. He added that Russia would “not deploy intermediate-range or shorter-range weapons, if we develop weapons of this kind, neither in Europe nor anywhere else, until U.S. weapons of this kind are deployed to the corresponding regions of the world.”

Meanwhile, the Trump administration has yet to develop plans to prevent Russia from building more ground-launched, intermediate-range missiles in the absence of the INF Treaty, according to a senior military leader.

“I don’t know that we have a plan today. I know we’re working on what we think that plan might be,” said U.S. Army Gen. Curtis Scaparrotti, head of the U.S. European Command and the NATO supreme allied commander in Europe, in March 5 congressional testimony.

When dealing with peer competitors such as Russia, he added, “we should look toward treaty capabilities in order to provide some stability.”