I will be blunt. Key components of the international arms control architecture are collapsing. 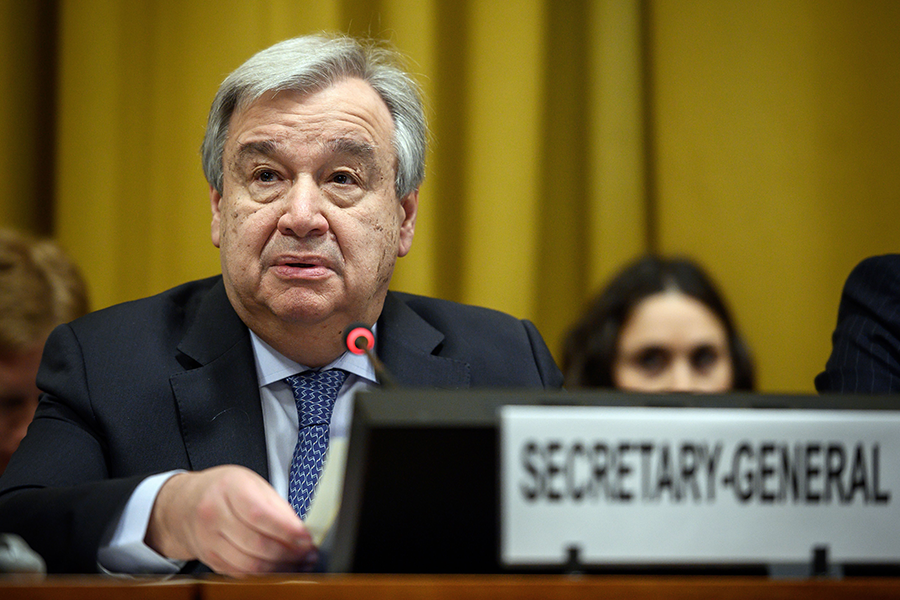 The continued use of chemical weapons with impunity is driving
new proliferation.

Thousands of civilian lives continue to be lost because of illicit small arms and the use in urban areas of explosive weapons designed for open battlefields.

New weapon technologies are intensifying risks in ways we do not yet understand and cannot even imagine.

We need a new vision for arms control in the complex international security environment of today.

But, as we work toward this new common endeavor, we must take great care to preserve our existing frameworks which continue to bring
us indispensable benefits.

Many of the most successful and ambitious disarmament and arms control initiatives over the past several decades were those led by the major powers; that is perfectly natural.

Their drive to regulate and eliminate arms was the product of a strategic understanding of how cooperation and agreement could be the most effective security tools to help prevent, mitigate, and resolve armed conflict.

And that is why it is one of my highest priorities.

Over the past seven decades, United Nations member states have made great gains in these fields.

But our efforts are in increasing jeopardy.

States are seeking security not in the proven collective value of diplomacy and dialogue, but in developing and accumulating new weapons.

And the situation is particularly dangerous as regards nuclear weapons.

The demise of the Intermediate-Range Nuclear Forces (INF) Treaty, should it be allowed to happen, would make the world a more insecure and unstable place. That insecurity and instability will be keenly felt here in Europe. And we simply cannot afford to return to the unrestrained nuclear competition of the darkest days of the Cold War.

I call on the parties to the INF Treaty to use the time remaining to engage in sincere dialogue on the various issues that have been raised. It is very important that this treaty is preserved.

I also call on the United States and the Russian Federation to extend the so-called “New START” Treaty before it expires in 2021.

This treaty is the only international legal instrument limiting the size of the world’s two largest nuclear arsenals, and its inspection provisions represent an important confidence-building set of measures that benefit the entire world.

I urge Russia and the United States to use the time provided by an extension to the treaty to consider further reductions in their strategic nuclear arsenals.

The bilateral arms control process between the Russian Federation and the United States has been one of the hallmarks of international security for 50 years.

Thanks to their efforts, global stockpiles of nuclear weapons are now less than one-sixth of what they were
in 1985.

That is the legacy that is in grave danger.

The arms control and disarmament regime is built on the good faith implementation of provisions and on rigorous verification and enforcement of compliance. I hope the parties will make use of both while there is still time.

Adapted from remarks by UN Secretary-General António Guterres to the opening session of the UN Conference on Disarmament in Geneva on February 25. For more on Guterres’ disarmament agenda, see the January/February 2019 issue of Arms Control Today.

Begin With New START, Not a New Arms Race

The Bomb: Presidents, Generals, and the Secret History of Nuclear War