In a March 7 interview with Arms Control Today, U.S. Representative Brad Sherman (D-Calif.), chairman of the House Foreign Affairs Subcommittee on Asia, the Pacific, and Nonproliferation, describes his efforts to bolster congressional oversight of U.S. civil nuclear cooperation with other nations, particularly Saudi Arabia, to ensure that sensitive nuclear technologies and nuclear materials are not diverted for weapons programs. 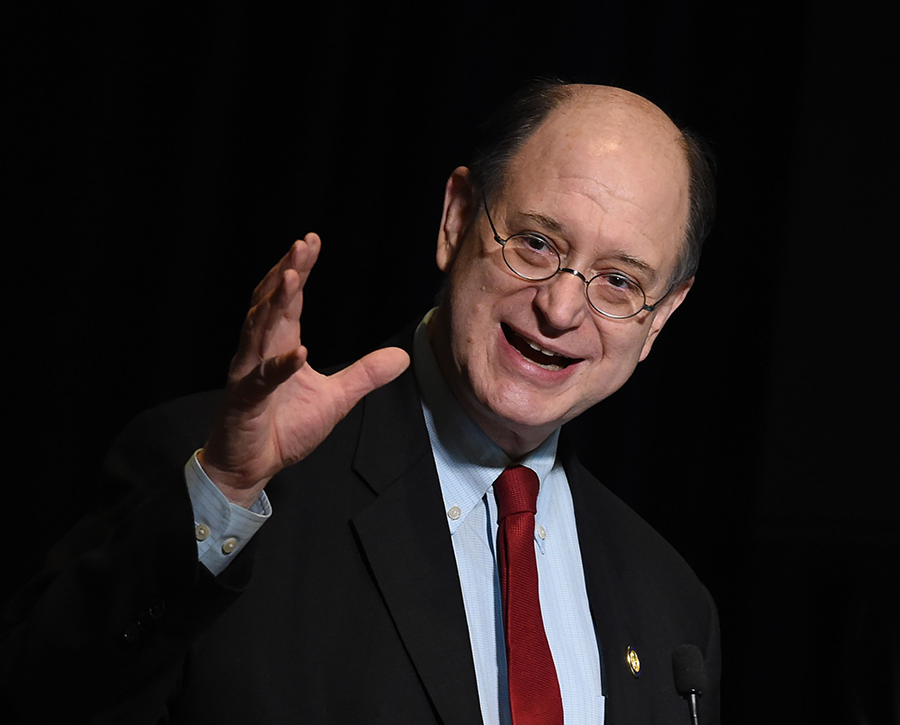 First elected to the House in 1996, Sherman became chairman of the subcommittee in January 2019. It oversees the bilateral nuclear cooperation agreements that must be negotiated before a foreign country can receive U.S. nuclear technology. These agreements are called “123 agreements” after the section of the Atomic Energy Act that mandates adherence to several nonproliferation criteria to enable fast-track congressional review. Some technology recipients, such as Taiwan and the United Arab Emirates, have exceeded these criteria by agreeing to the so-called gold standard of 123 agreements, in which they have pledged to abstain from enriching uranium or separating plutonium and to adopt an additional protocol to their safeguards agreement with the International Atomic Energy Agency (IAEA).

By law, 123 agreements take effect 90 days after they are submitted to Congress unless it objects. In light of growing concerns about Saudi Arabia’s interest in dual-use nuclear technology and statements by senior Saudi officials that they may consider developing nuclear weapons if Iran does, Sherman has introduced legislation that would require Congress to approve any Saudi 123 agreement.

Arms Control Today: What is the appropriate role for Congress in overseeing U.S. nuclear commerce?

Sherman: You mention the word “commerce.” It appears in Article I of the Constitution, which establishes the Congress and empowers it to regulate commerce with foreign nations. We
have seen a process over the last 60
years of power being vested in the executive branch that would have appalled the founders.

The proper role is twofold: First, for Congress to make it plain that when a country has a nuclear energy program and does not have a 123 agreement with the United States, the United States will treat it like North Korea and Iran, which are both hostile powers that pursued nuclear programs without 123 agreements with the United States. The second thing is that a 123 agreement needs to be approved by Congress, and where we are concerned about proliferation, Congress should always insist that a nation receiving U.S. nuclear technology adopt the gold standard with an additional protocol [to its IAEA safeguards agreement].

ACT: Are you concerned about Saudi Arabia’s commitment to the nuclear Nonproliferation Treaty and its possible interest in making its own nuclear fuel? How should this affect the U.S. approach to negotiating a civilian nuclear cooperation agreement with Riyadh?

Sherman: First, we have to question the economics of Saudi Arabia having a nuclear program to generate electricity when it’s a country that has so much natural gas. The economics would say the last place that you would put a nuclear plant to generate electricity, the last place in the world, would be in a place like Saudi Arabia, which has lots of sun for solar [power] and lots of natural gas. 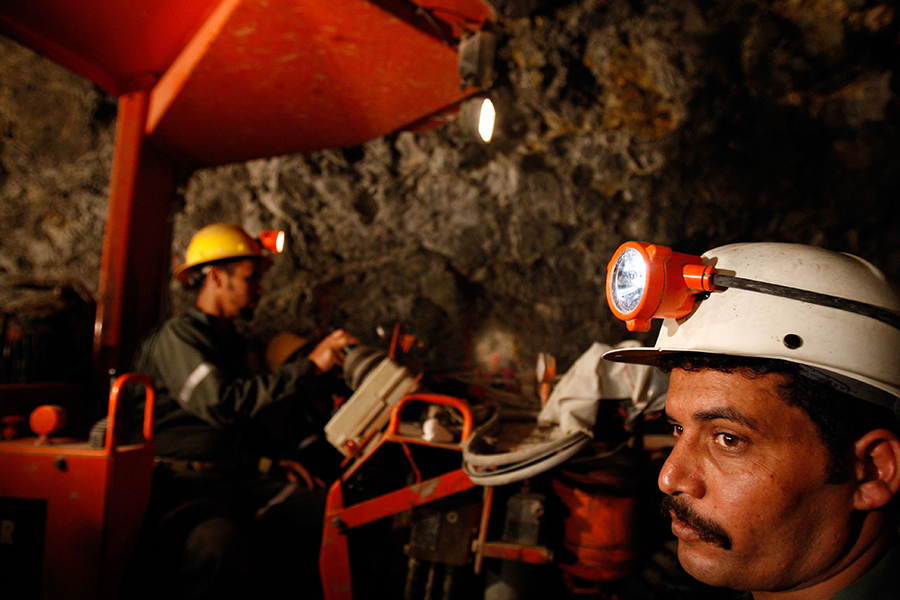 Second, Saudi Arabia has broadly hinted that it wants to keep up with the Joneses, or in this case the ayatollahs, when it comes to a nuclear program. We know that the Iranian program is not merely for electricity, and Saudi Arabia wants to be just like the Iranians. So, I think they’ve told us why they want to have a nuclear program: they want to master the fuel cycle, they want to position themselves so that they can develop a nuclear weapon. And if there’s a government that you can’t trust with a bone saw, you shouldn’t trust it with nuclear weapons. We don’t need more nuclear powers in the world. We certainly don’t need any more in the Middle East.

Even if they’re going to have nuclear power generation, they don’t need to control the whole fuel cycle. You know, I eat sandwiches, but I don’t slaughter the cows, I just buy what I eat. So, we have to ask, Why do they want to have reprocessing? Why do they want to
have enrichment?

Also, we have to ask if Saudi Arabia wants to have a peaceful nuclear program, why isn’t it interested in an additional protocol? What does it have to hide?

ACT: What is your sense of the status of the negotiations between the United States and Saudi Arabia at this stage, and has the administration been keeping Congress apprised of the talks?

Sherman: Many times, the executive branch has honored in the breach its obligation to keep Congress informed. It isn’t shocking that this administration is even less faithful to such requirements than other administrations. That’s why we need a statute that says, “Negotiate what you’re going to negotiate, show it to us, and we’ll vote it up or down.”

Sherman: First, it’s not clear what the United States would get as far as jobs even if this program went forward. It looks like it would simply be a matter of licensing U.S. technology to South Korea. So, the upside to the United States is modest.

Second, if Saudi Arabia wants to go full speed ahead—without a 123 agreement, without an additional protocol, without the gold standard—if it wants to imitate Iran, then we have to duplicate for Riyadh what we’ve given to Tehran, which has not been good for the Iranian economy. If they want to act like Iran, we have to treat them like they’re acting like Iran.

Saudi Arabia has to understand that its entire relationship with the United States is at stake. It can’t say, “We’ve got oil, we’ve got money, we’re going to have a giant nuclear weapons program, and there’s nothing you can do to stop us.” No. If they want to act like Iran, fine. We can play that game stronger with Saudi Arabia than we did with Iran, and by the way, it was pretty strong with Iran.

ACT: If the Trump administration presents Congress with a Saudi Arabian 123 agreement with inadequate nonproliferation safeguards, what steps could Congress take to condition any approval of the agreement?

Sherman: Congress is in a weak legal position. We have abrogated and punted to the point where the president at least believes that he can build a wall with funds that we appropriated for other purposes.

So that’s why I have introduced legislation with Senators Ed Markey (D-Mass.) and Marco Rubio (R-Fla.) and Representative Ted Yoho (R-Fla.) to increase congressional oversight over any 123 agreement with Saudi Arabia. The president could veto this bill that has bipartisan support, but he would be vetoing a bill that has Rubio and Sherman as its chief proponents, and there’s no other legislation with such a broad coalition.

If the president submits a bad 123 agreement, Congress could pass resolutions of disapproval, they could be passed by both houses, but he could veto those. We have a lot of Republican support for the idea that we do not want a Saudi nuclear weapons program, there’s a good possibility that a veto could be overridden.

ACT: What other steps can you take if your oversight bill does not succeed?

Sherman: In part, we would continue to focus on public awareness. Even if no statute is enacted, presidents tend not to do things that the bulk of the interested public thinks are just plain wrong. I don’t need a poll to tell me that Americans do not want Saudi Arabia to have nuclear weapons and the missiles to deliver them.

Also, if Saudi Arabia pursues its nuclear ambitions without a 123 agreement, we would move to limit or prevent any future arms transfers to Saudi Arabia. Saudi Arabia is now treated like an ally, but it can’t act like Iran and be an ally of the United States.

ACT: What are the implications of the House Oversight and Reform Committee’s interim staff report on the White House push for nuclear commerce with Saudi Arabia?

Sherman: It just illustrates that there are many reasons why the administration might make a mistake, and it would be a mistake to green-light an inadequately safeguarded nuclear program in Saudi Arabia.

You have two possible corrupting influences on the decision-making processes. One relates to the IP3 firm with [former National Security Advisor Michael] Flynn. The other influence is with [senior adviser to the president Jared] Kushner, Brookfield Asset Management, and its involvement with [the Kushner family-owned building at] 666 5th Avenue, and Brookfield’s involvement with the Westinghouse nuclear company. Again, we have to understand that Westinghouse has technology that can be licensed. That doesn’t mean there are any jobs in this for the United States. Well, perhaps a few jobs for lawyers.

ACT: In the past, you have co-sponsored legislation to require 123 agreements to meet the gold standard in order to qualify for fast-track approval. Why is such a reform necessary?

Sherman: The discussion of Saudi Arabia is not the last time that we are going to be concerned about a country developing nuclear weapons while claiming that its focus is the generation of electricity, so Congress needs to be involved and evaluate any agreement that doesn’t meet the gold standard. Today, congressional involvement is too limited and the standards in the Atomic Energy Act are too minimal. So, we need to ensure that if an administration wants a fast track, it must negotiate a 123 agreement that includes the gold standard and an additional protocol.