Persistent regional conflicts, particularly in the Middle East, have fueled continuing growth in the global trade of major conventional weapons systems, according to a March study released by the Stockholm International Peace Research Institute (SIPRI). The United States, long the world's top arms supplier, has increased its share of the global arms trade, and Saudi Arabia has become the world's largest customer of major conventional weapons systems over the past five years. 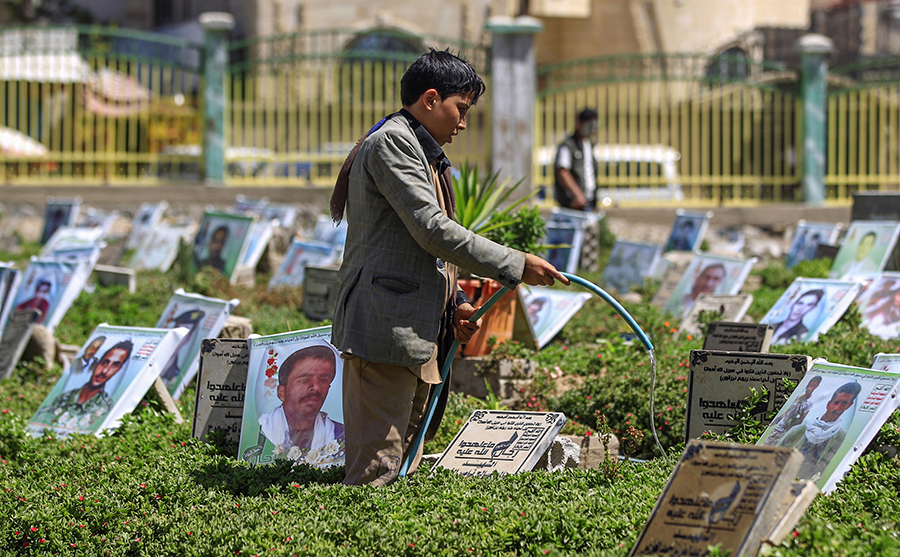 The March 11 SIPRI report, which uses five-year periods to study global arms transfers, found that these transfers have steadily risen since 2003. SIPRI measures the volume of trade with a trend-indicator value, a metric based on actual deliveries of military equipment rather just financial value, making the measure more conducive to comparing trade over decades.

Since the 1990s, the United States has remained the world’s leading arms exporter, and the gap between it and the second-largest exporter, Russia, has grown steadily. Together, they supply nearly 60 percent of all major conventional weapons systems exports, with 98 nations importing U.S. weapons, about double the number of Russian customers. Adding French, German, and Chinese transfers brings the exports of the five countries to 75 percent of the global market.

Accounting for just more than one-third of global arms imports as a region, Middle Eastern countries increased weapons purchases by 87 percent from the 2009–2013 period to the 2014–2018 period. The United States supplied 54 percent of weapons to the region, which is wracked by ongoing conflicts and is increasing its weapons imports faster than any other region.

Saudi Arabia, which has nearly tripled its weapons imports over the past decade, now accounts for 12 percent of global imports and has replaced India as the largest global importer. Egypt, the United Arab Emirates, and Iraq were also top 10 global importers from the region.

Arms transfers to the region have grown increasingly controversial, especially to Saudi Arabia and the UAE, which are leading the air and ground forces fighting Houthi forces in Yemen. The conflict there has become a major humanitarian crisis. More than 17,000 civilians have died in the fighting as of August 2018, according to the Office of the UN High Commissioner for Human Rights, which estimated that 60 percent of those deaths resulted from airstrikes by the Saudi-led coalition. Regional arms imports have enabled the coalition to blockade Yemeni ports, halting the inflow of commercial goods. About 24 million people, 80 percent of the Yemeni population, require humanitarian assistance, reports the UN Office for the Coordination of Humanitarian Affairs.

The European Parliament has approved numerous nonbinding resolutions prohibiting arms sales to Saudi Arabia, with countries such as Austria, Germany, the Netherlands, and Sweden taking steps to restrict exports to Riyadh. France, the United Kingdom, and the United States have continued to provide Saudi arms, although a UK court is expected to resume consideration of a case in April, challenging the legality of London's sales to Riyadh.

Already the top arms exporter, the United States has recently sought to boost its sales. SIPRI reports that Washington now accounts for 36 percent of global exports, up from 30 percent in the prior five-year period.

That policy, overdue for a quarterly implementation update, currently states the intent to “facilitate ally and partner efforts…to reduce the risk of national or coalition operations causing civilian harm.”

The policy has received criticism for justifying arms transfers to “maximize the ability of the United States industry to grow and support allies and partners” in the face of competition from other exporters.

SIPRI “does not support this narrative” of stiff competition as a rationale for U.S. policy, said report co-author Aude Fleurant in a press statement. “The United States is “by far the largest exporter…[and] has increased its gap with Russia,” she added. Noting that changes in broader patterns take time, she also cautioned that “the policy was adopted in 2018, it is a bit early to see its potential impacts.”

Global arms transfers are expected to experience continuing growth, Fleurant said, despite somewhat lower transfers in 2018 than the previous year. “Outside of a major economic downturn like the 2008–09 crisis, I don’t think we will see a reversal of the upward trend,” she said.