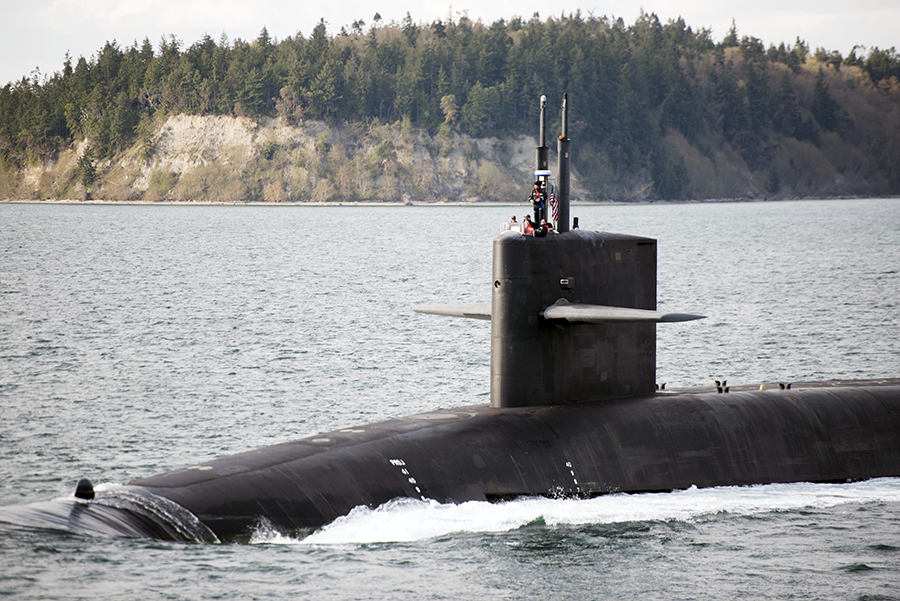 The budget submission illustrates the rising cost of the nuclear mission and the challenge those expenses may pose to the administration’s other national security priorities.

A Congressional Budget Office report in February estimates that the United States will spend $494 billion on nuclear weapons from fiscal years 2019 through 2028. That is an increase of $94 billion, or 23 percent, from the CBO’s previous 10-year estimate of $400 billion, which was published in January 2017. (See ACT, March 2019.)

The Trump administration’s budget proposal contains increases for several Defense and Energy department nuclear weapons systems. The request does not change the planned development timelines for these programs.

The request includes funds for the continued development of two missile systems with ranges prohibited by the INF Treaty, but despite numerous queries by Arms Control Today and other outlets, the Pentagon has yet to divulge the amount.

Defense Department officials told a group of reporters March 13 that the Pentagon is planning to test a ground-launched cruise missile and a ballistic missile by the end of this year.

The announcement came just over a month after the Trump administration announced on Feb. 2 that it would withdraw from the treaty on Aug. 2 unless Russia corrects alleged compliance violations with the agreement. (See ACT, March 2019.)

The budget request would finish development of a small number of low-yield nuclear warheads for submarine-launched ballistic missiles (SLBMs) and begin studies of a new fleet of sea-launched cruise missiles (SLCMs).

The Trump administration’s NPR report released in February 2018 called for developing two additional low-yield nuclear weapons primarily to counter Russia’s alleged willingness to use or threaten to use tactical nuclear weapons on a limited basis in a crisis or at lower levels of conflict, a strategy known as escalate to de-escalate. (See ACT, March 2018.)

The Defense Department request includes funds to support production of the low-yield variant, although the exact amount is not specified.

The Pentagon is also seeking increased funding to “conduct an Analysis of Alternatives study in support of” developing a new SLCM, but the specific amount has not been announced. Such an analysis is one of the first steps the Pentagon takes in the usually lengthy process to acquire a new weapons system.

The NNSA request includes as much as $12 million to begin a study of the warhead for a new SLCM.

The budget request would keep on schedule the Defense Department’s programs to sustain and rebuild the U.S. triad of nuclear-armed missiles, submarines, and bombers and their associated warheads and supporting infrastructure.

The NNSA is asking for $793 million to continue developing and begin production of the B61-12 gravity bomb life-extension program and $899 million to refurbish the existing warhead that would be delivered by the new ALCM under development by the Air Force. The request for the ALCM warhead is $244 million more than the current appropriation and $185 million above last year’s projection for fiscal year 2020.

The request also includes $112 million to continue the design of the W87-1 warhead to replace the W78 warhead currently carried by the Minuteman III ICBM and an increase of more than $16 million above last year’s appropriation to sustain the B83-1 gravity bomb.

The NPR report recommended retaining the B83-1 gravity bomb, the only remaining megaton-class warhead in the U.S. stockpile, reversing the Obama administration’s proposal that the warhead be retired once confidence in the B61-12 is achieved.