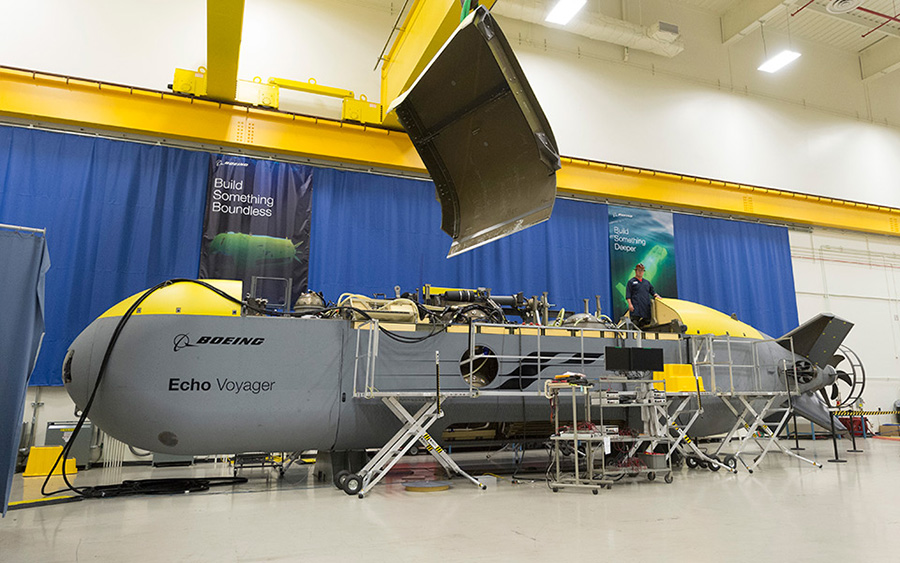 The Pentagon request asks for a nearly tenfold increase to the Navy’s spending on large unmanned surface vehicles, from $49 million in 2019 to $447 million in 2020. The Army aims to boost robotics development from $74 to $115 million. All told, the Pentagon plans to spend $3.7 billion on unmanned systems in fiscal year 2020, plus $0.9 billion on AI systems and $2.6 billion on hypersonic weapons.

These added investments in advanced technologies are needed, officials claim, to counter Russia and China in the highly contested environments expected of future wars. “This is about looking at the future differently than we’ve looked at the past,” said Army Lt. Gen. Anthony Ierardi, the joint staff’s director of force structure, at a March 12 Pentagon briefing on the 2020 budget proposal. “It is an acknowledgment that we need to start to consider other ways of operating to enhance our lethality, as our adversaries adapt and change their ways of operating.”

The Navy stands out from the other services for its strong emphasis on developing AI-empowered unmanned systems, such as unmanned surface, underwater, and aerial vehicles. Such systems are needed, the Navy says, to augment its combat punch in hotly contested areas at lower cost and with fewer casualties.

The most striking item in the Navy’s 2020 budget proposal is the request for unmanned surface vehicles, specifically the design and production of two combat-ready, ocean-going vessels. This new program, says the Navy, will be “designed to provide low-cost, high-endurance, reconfigurable ships able to accommodate various payloads for unmanned missions and augment the Navy’s manned surface fleet.” Although details are sketchy (the Navy may be unsure of exactly what it wants) the proposed vessel is intended to undertake many of the same missions of traditional surface warships but without a human crew. A prototype vessel, the Sea Hunter, was largely intended for anti-submarine warfare, but the new proposed vessel will also provide “anti-surface warfare and strike capacity,” notes the Pentagon’s arms acquisition request for 2020.

In addition, the Navy is seeking to begin deploying unmanned undersea vehicles, or unmanned submarines. In February, it awarded $43 million to Boeing to build four Orca extra-large unmanned undersea vehicles. These 51-foot-long vessels, derived from Boeing’s Echo Voyager diesel-electric submersible, are designed to travel up to 6,500 nautical miles autonomously and to perform a variety of combat missions, including anti-submarine and anti-surface warfare.

The defense budget request seeks considerable funding to develop unmanned aerial vehicles. The Navy, for example, intends to spend $671 million in 2020, up from $519 million in 2019, on the MQ-25 Stingray, a drone aircraft intended for aircraft carrier-based operations. Once deployed, the Stingray will be used for a variety of functions, including aerial refueling and reconnaissance missions. The Air Force is testing the concept of an armed unmanned aerial vehicle designed to accompany F-15 and F-35 aircraft in combat, possibly to attack enemy air defense systems or to shield piloted aircraft from enemy fire. Under its Low-Cost Attritable Aircraft Technology program, the Air Force conducted the first flight test of its XQ-58A Valkyrie drone of this type on March 5 at Yuma Proving Grounds, Ariz.

Official statements supporting the budget request indicate that the Pentagon plans to rush procurement of new autonomous weaponry despite promises to devise ethical principles for using such systems. In January, the Pentagon’s Defense Innovation Board announced an initiative to solicit public and professional views to help forge a “set of principles for developing, testing, and deploying” AI systems. (See ACT, March 2019.) Its recommendations are expected this summer, but no budget request documents mention the board’s effort.