Long-standing disputes about nuclear nonproliferation and disarmament show no signs of easing as nations meet in April for the final preparatory meeting before the 2020 review conference for the nuclear Nonproliferation Treaty (NPT). 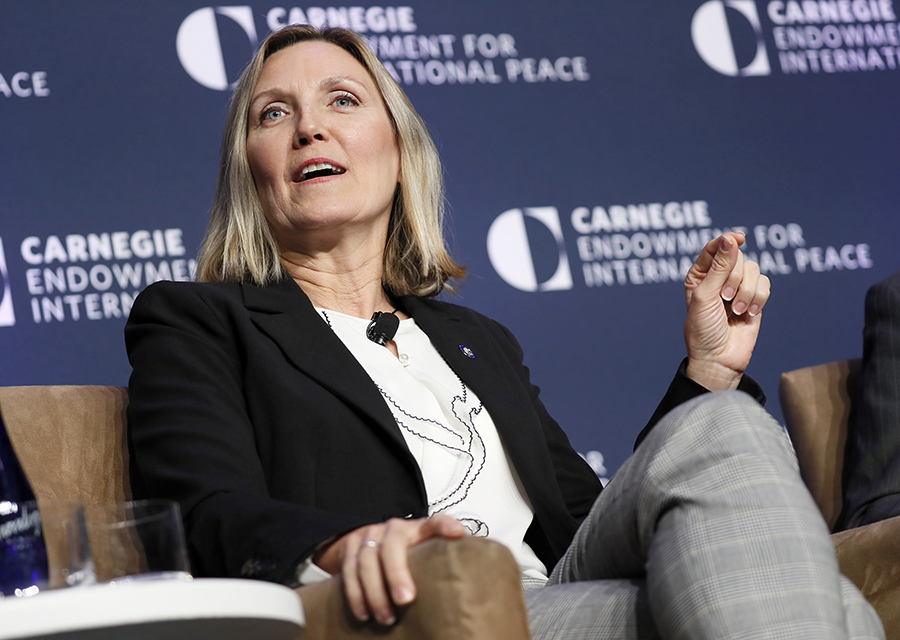 The 2019 NPT Preparatory Committee will meet from April 29 to May 10 in New York. Although Shahrul Ikram, permanent representative of Malaysia to the United Nations, was originally slated to chair the meeting, he has been replaced by Syed Mohamad Hasrin Aidid, the Malaysian ambassador to the United Arab Emirates.

Despite recent efforts to make progress on the treaty’s core contentious issues, including nuclear disarmament and nonproliferation, deep divisions remain and have worsened in some ways.

Topping the list of issues dividing NPT parties is the pace of disarmament by nuclear-armed nations. Since 2018, the United States has sought to advance a controversial disarmament initiative, U.S.-Russian relations have further deteriorated, and nuclear-weapon states remain frustrated by the 2017 Treaty on the Prohibition of Nuclear Weapons (TPNW).

At the 2018 session of the preparatory committee, the United States outlined its new approach to nuclear disarmament in a working paper titled “Creating the Conditions for Nuclear Disarmament.” (See ACT, June 2018.) The approach was renamed “Creating an Environment for Nuclear Disarmament” (CEND), Andrea Thompson, U.S. undersecretary of state for arms control and international security, told a conference in Washington in March, after some states raised concerns about the word “conditions.”

The U.S. initiative calls for convening working groups with representatives from 25 to 30 regionally and politically diverse states, according to Christopher Ford, U.S. assistant secretary of state for international security and nonproliferation, who described the plan in December 2018 remarks. Ford said implementation planning for the working groups would begin by the 2019 session of the preparatory committee and the groups would be “in full swing” by the 2020 NPT Review Conference.

The United States insists the approach is a good-faith effort to advance disarmament under challenging security conditions, but several states are skeptical.

“International security will not be advanced, nor the treaty preserved, by nuclear-weapon states creating doubt about their intention ever to fulfill their disarmament obligations,” New Zealand representative Dell Higgie told the preparatory committee on April 23, 2018.

Many states have expressed interest in taking part in the initiative, a State Department official told Arms Control Today March 21. The Netherlands announced in January that it would host an expert conference in Geneva on April 15 to “stimulate the dialogue initiated by the U.S. NPT working paper.”

Meanwhile, U.S.-Russian relations have continued to worsen since the 2018 session of the preparatory committee, particularly highlighted by the U.S. announcement that it intends to withdraw from the Intermediate-Range Nuclear Forces (INF) Treaty in August. Poor U.S.-Russian relations caused turmoil at the 2018 meeting, as Russia criticized the U.S. withdrawal from the multilateral agreement that capped Iran’s nuclear activities, and the United States accused Russia of using chemical weapons and violating the INF Treaty. Still, the five NPT nuclear-weapon states (China, France, Russia, the United Kingdom, and the United States) held a successful meeting in Beijing in late January, Thompson said.

The 2019 preparatory committee session will be the second NPT meeting since the July 2017 adoption of the nuclear prohibition treaty. Seventy nations have signed the treaty, and 22 have ratified it, nearly half of the 50 ratifications needed for the pact to enter into force. At the 2018 preparatory committee meeting, France and Russia devoted paragraphs of their statements to condemnation of the treaty, while dozens of states welcomed its adoption. Robert Wood, U.S. ambassador to the UN Conference on Disarmament, claimed that states supporting the prohibition treaty tried to “undermine the NPT.” To clarify, the State Department official told Arms Control Today that “we do not intend to make opposition on the TPNW the centerpiece of our approach to disarmament” at NPT meetings and that the United States will focus instead on promoting CEND.

Another long-standing point of contention among NPT parties is the pursuit of a zone free of weapons of mass destruction in the Middle East.

At the 2019 preparatory committee meeting, this debate will be affected by a new U.S. approach and a UN conference later this year. The United States introduced a divisive working paper at the 2018 NPT meeting that encouraged promoting conditions conducive to a zone and stated that the “NPT review cycle cannot be the primary mechanism for progress” on the zone.

The Non-Aligned Movement, the African Group, and the Arab League pushed back in statements at the 2018 meeting, contending that the NPT was indefinitely extended in 1995 in part due to a pledge to establish the zone. The State Department official said that “some Arab states sought to misrepresent the paper as an effort to impose additional preconditions,” arguing that the U.S. approach “remains the most viable and productive way ahead.”

In November, the UN secretary-general will convene a conference in New York to make progress on creation of the zone, Rafael Grossi, Argentine permanent representative to the International Atomic Energy Agency, and the likely chair of the 2020 review conference, told a Washington meeting in March. The UN General Assembly First Committee approved the UN conference in an October 2018 resolution, although the United States, Israel, and Micronesia voted against it and 71 others abstained. (See ACT, December 2018.)

A rare point of agreement among NPT states surrounds the issue of the right to peaceful nuclear energy for all NPT states. At the Washington meeting, Grossi emphasized the positive contribution of the right to nuclear energy and suggested convening regional working groups and involving stakeholders from the nuclear industry and regulators leading up to the 2020 review conference.

Some experts, however, have expressed concern that some NPT states could object to a focus on nuclear energy as a diversion from making progress on disarmament or the WMD-free zone in the Middle East.