The United States conducted an airborne surveillance mission over Russia under the auspices of the 1992 Open Skies Treaty on Feb. 21, the first routine treaty flight since 2017. Following agreed procedures, all treaty parties received advance notification of the mission, and six Russian officials flew on the unarmed U.S. aircraft “to monitor all phases of the flight,” said Defense Department spokesperson Lt. Col. Jamie Davis. 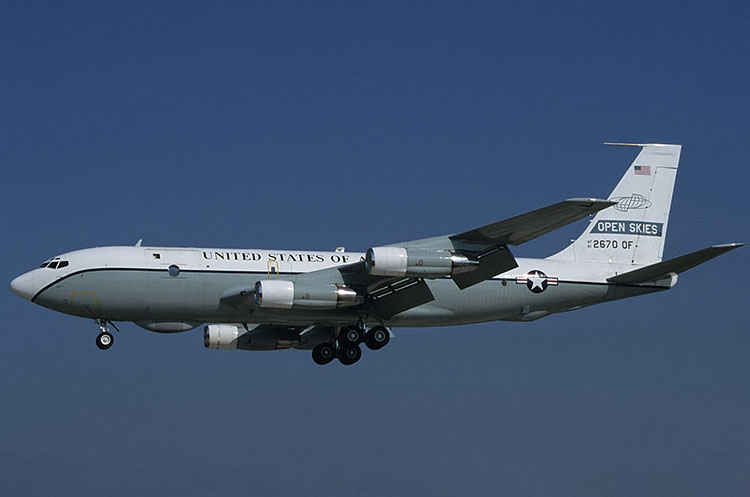 Last year, there were no regular treaty flights because of a dispute over on-board observers that was resolved in October. There was, however, one “extraordinary flight” on Dec. 6 over Ukraine, requested by Ukraine shortly after a Russian attack on Ukrainian naval vessels in the Black Sea.

The United States has accused Russia of violating the treaty by applying excessive restrictions on surveillance flights over Kaliningrad, a sensitive Russian enclave between Poland and Lithuania, but U.S. officials expressed hope that the dispute could be settled. Andrea Thompson, U.S. undersecretary of state for arms control and international security, said on Sept. 18 that Russia has “made overtures that suggest” it could resolve the alleged violation. (See ACT, January/February 2019.)

The Open Skies Treaty, which entered into force in 2002, aims to increase confidence and transparency between the United States, Russia, and European nations by allowing unarmed observation flights over the entire territory of its participants for information-gathering purposes. The 34 parties have yearly quotas on overflights and must make the collected information available to all treaty parties.—SHERVIN TAHERAN