In the wake of the murder of Jamal Khashoggi, a Saudi columnist for The Washington Post who was critical of the Saudi government, Democratic and Republican members of Congress called on President Donald Trump to suspend negotiations on a U.S.-Saudi civil nuclear cooperation agreement, especially because the kingdom is seemingly unwilling to accept a ban on uranium-enrichment and reprocessing capabilities. 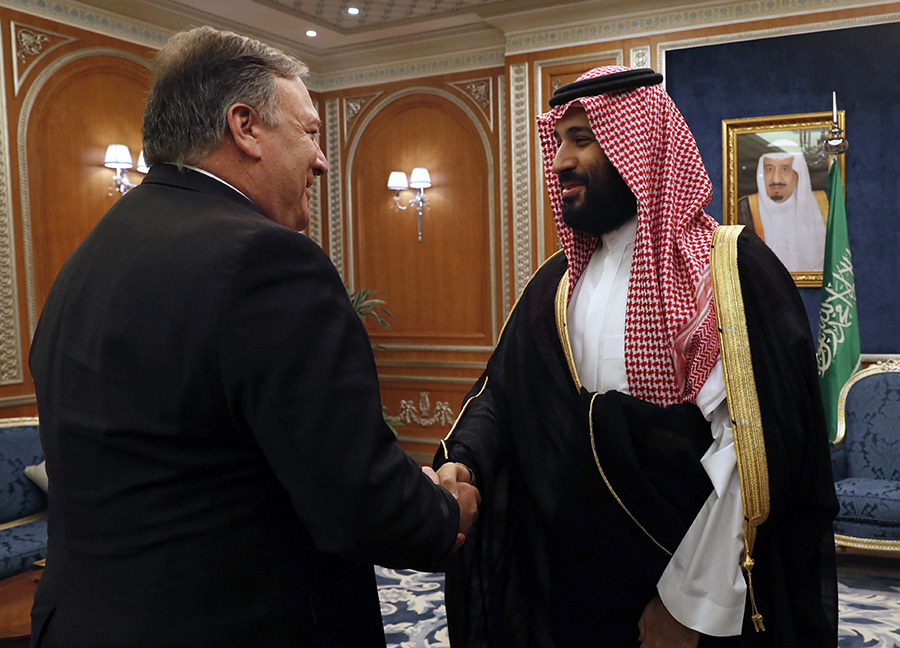 Republican Sens. Marco Rubio (Fla.), Todd Young (Ind.), Cory Gardner (Colo.), Rand Paul (Ky.), and Dean Heller (Nev.) wrote to Trump on Oct. 31 urging that he suspend negotiations on a cooperation accord, known as a 123 agreement, “for the foreseeable future.” They noted that their prior reservations, given Saudi unwillingness to accept the “gold standard” of no uranium enrichment or reprocessing of spent nuclear fuel, have been “solidified” in light of the Khashoggi murder, as well as “certain Saudi actions related to Yemen and Lebanon.”

Further, the senators threatened to advance a joint resolution of disapproval as provided for by the 1954 Atomic Energy Act, from which section 123 agreements gets the name, to block any such agreement.

On the same day, Sen. Ed Markey (D-Mass.) released his own letter calling on Trump not only to suspend the 123 agreement negotiations but also to revoke existing Saudi “Part 810” authorizations, which allow for the transfer of nuclear services, technology, and assistance, and to indefinitely suspend any further considerations of Part 810 authorizations for the kingdom.

Complicating matters, Saudi Crown Prince Mohammed bin Salman, who the U.S. intelligence community reportedly concluded was responsible for the Khashoggi killing, said earlier this year that Saudi Arabia would produce nuclear weapons if regional archrival Iran does so. (See ACT, April 2018.) For that, the Saudis likely would need uranium-enrichment and reprocessing capabilities.

A U.S. State Department official told Arms Control Today that the two governments “have been in negotiations on a 123 agreement since 2012,” but declined to comment on the substance of negotiations. The Energy Department did not respond to multiple requests for comment. (See ACT, January/February 2018.)

Rep. Brad Sherman (D-Calif.), a member of the House Foreign Affairs Committee, is seeking to ensure Congress is able to keep any 123 agreement with Saudi Arabia at the highest nonproliferation standards. He has been working on legislation that would require positive action by Congress to approval a U.S.-Saudi 123 agreement, and a similar measure is being developed in the Senate.

Under the current process, the president submits a 123 agreement to Congress for automatic approval after 90 days unless Congress objects with a veto-proof majority. Sherman’s bill would require instead that Congress vote in favor of an agreement for it to be implemented. The legislation also would require any accord to include the gold standard provisions and increased inspections authorization for the International Atomic Energy Agency, as well as for the White House to produce reports on Saudi Arabia’s state of human rights and its investigations into the Khashoggi murder.

Trump has repeatedly stressed the importance of maintaining financial and diplomatic ties to the Saudis, but has not, at least recently, specifically addressed the potential civil nuclear cooperation agreement, which supporters say could be a boost to U.S. companies in the civilian nuclear energy field, such as bankrupt Westinghouse Electric Co. Complicating matters is the fact that Westinghouse was recently acquired by a Canadian asset management company, and Saudi Arabia has a recent edict prohibiting business with Canada as a result of Canadian criticism of Saudi human rights abuses.

Even if the United States does sign a 123 agreement, there is no guarantee the Saudis would go with U.S. companies. For example, the United Arab Emirates, after reaching an accord with the United States, still chose to go with a South Korean company for nuclear-reactor construction. But the agreement is useful to the UAE because it allows for easier transfer of sensitive technology and information.

In its accord, the UAE, the only other Arab nation in the Persian Gulf to have a 123 agreement with the United States, agreed to abide by the gold standard provisions. If the United States relaxes its standards for the Saudis, the UAE could seek to renegotiate a comparable easing of its 123 agreement.

China, France, Russia, South Korea, and the United States are currently vying to build two nuclear reactors in Saudi Arabia, the first of what the Saudis have said could be as many as16 reactors in a multibillion-dollar program over 20 years.

Companies were supposed to be selected by this month, but South Korea said in July that the winner would likely be selected by the Saudis during 2019. That date could slip further in light of Khashoggi’s murder and U.S. Energy Secretary Rick Perry’s comments in September that the 123 agreement negotiations were going more slowly than desired. (See ACT, November 2018.)

Saudi Arabia’s state-run press agency announced on Nov. 6 that the crown prince had “laid the foundation stone” for several strategic projects, including Saudi Arabia’s first nuclear research reactor. Although not providing details about the construction timing, purpose, or cost of the “low-energy” research reactor, the statement marked an important milestone as the oil-dependent kingdom aims to diversify its energy mix.