Iran vowed to resist U.S. sanctions and continue implementing the nuclear deal after U.S. measures targeting its oil and banking sectors went back into effect. 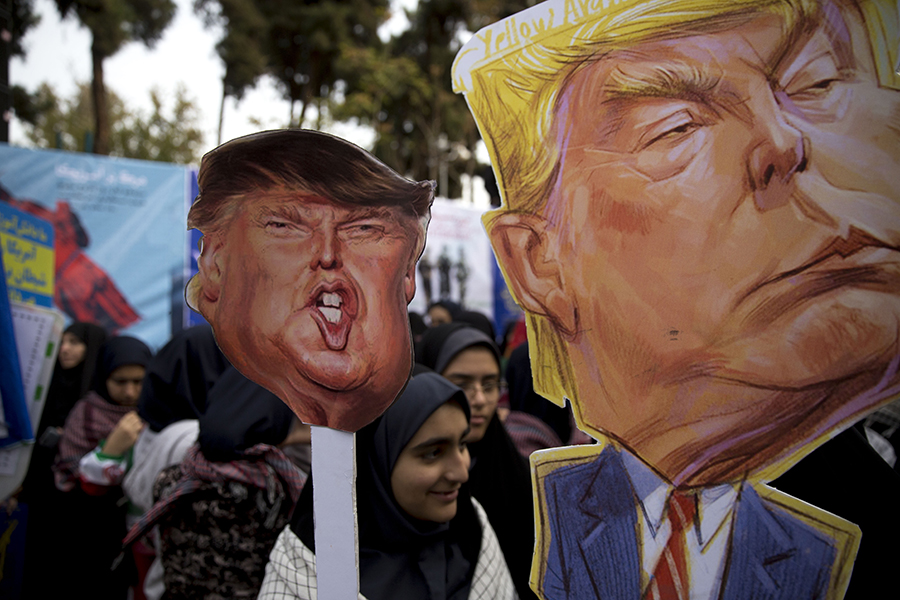 Preserving the nuclear cooperation projects and some oil revenue will likely provide Iran with enough benefit to continue complying with the nuclear deal, at least in the short term, even though Trump pulled the United States out of the accord. The oil waivers, however, only last six months.

Iranian President Hassan Rouhani described the waivers as a victory for Iran because the United States initially said it would “reduce Iran’s oil sale to zero.” Rouhani also said on Nov. 5 that Iran will continue to sell oil and “break sanctions.”

In a Nov. 5 news conference on the sanctions, U.S. Secretary of State Mike Pompeo described the oil waivers as “temporary allotments to a handful of countries” in order to address “specific circumstances and to ensure a well-supplied oil market.” He noted that more than 20 states already eliminated oil imports from Iran, reducing the country’s oil exports by more than 1 million barrels per day.

Iranian Foreign Minister Mohammad Javad Zarif admitted that the sanctions will impact Iran’s economy, but said the sanctions “will not change policy” in Iran. He said the United States “has an addiction to sanctions” and that the country believes they are “the panacea that resolves” all problems.

The Trump administration has made clear that it intends to continue ratcheting up pressure. Pompeo said the “ultimate goal” remains to “convince the regime to abandon its current revolutionary course” and the campaign of economic pressure is “at the center of this effort.” Pompeo also said that the United States will continue to push the remaining eight nations permitted to buy oil from Iran to zero out their imports.

Details of the sanctions waivers were not made public, but Bloomberg News reported that India will be limited to 300,000 barrels of oil per day, down from 560,000 in the first half of 2018. China’s waiver permits 360,000 barrels per day, down from an average of 658,000 in early 2018. China and India are Iran’s largest oil purchasers and resisted the reimposition of U.S. sanctions.

Revenues from the oil sales will be held in accounts in the importing countries, and Iran can use the funds to purchase goods from those countries. 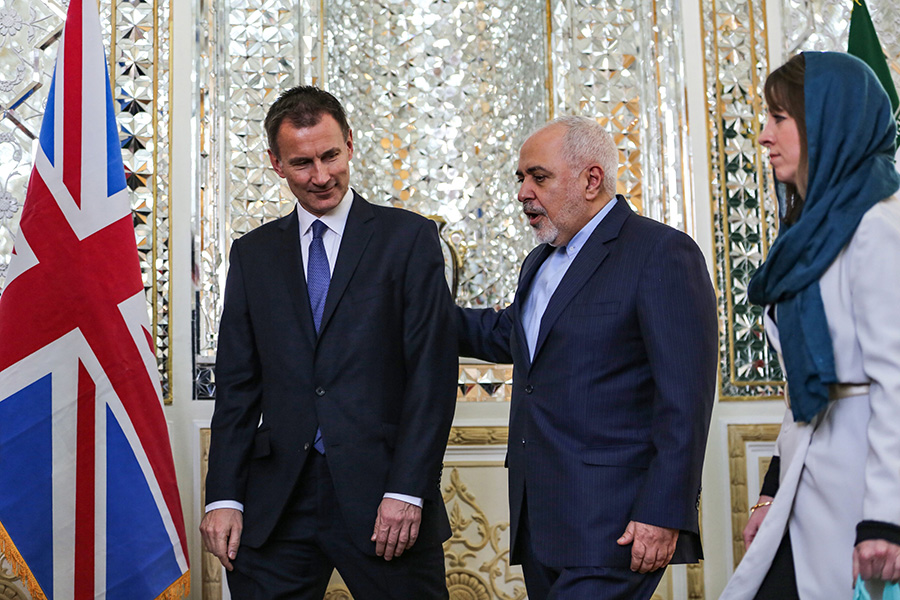 Although the revenue from oil sales is likely to be critical in influencing Iran’s decision whether to stay in the deal, the waivers issued for the nonproliferation projects were key for permitting the P4+1 countries (China, France, Germany, Russia, and the United Kingdom) to remain in compliance with the deal. The multilateral group committed to assist Iran in converting several nuclear facilities to reduce their proliferation threat, and failure to conclude these projects could allow Iran to argue that the P4+1 were violating the accord.

Additionally, after Trump repeatedly disparaged the value of the nuclear agreement and referred to it as the “worst deal ever,” Pompeo acknowledged on Nov. 5 that “allowing these activities to continue for the time being will improve ongoing oversight of Iran’s civil nuclear program and make these facilities less susceptible to illicit and illegal nuclear uses.”

Waivers for the projects were necessary because the Atomic Energy Organization of Iran (AEOI) was one of the 700 entities sanctioned Nov. 5 by the United States.

As part of the nuclear deal, the AEOI was removed from the sanctions list to meet U.S. commitments under the accord. With the AEOI now subject to sanctions, foreign entities would be penalized for working with the organization on the specified projects.

The projects in question concern an unfinished heavy-water reactor at Arak, the centrifuge facility at Fordow, and the Bushehr nuclear power plant.

China and the United States, which was succeeded by the UK under the agreement, had agreed to assist Iran in redesigning the unfinished Arak reactor to produce significantly less plutonium on an annual basis than is necessary for a nuclear weapon. If the reactor were completed as originally designed, it would have produced enough plutonium for about two nuclear weapons every year.

Iran removed and destroyed the original core of the Arak reactor in 2015. Work has commenced on designing the new core and on the contract for Chinese assistance on the project, but it does not appear that modifications at the Arak site have begun.

At Fordow, Iran agreed to forgo uranium enrichment at the facility for 15 years and convert it to an isotope research and production center. Russia is assisting in the facilities conversion.

The waivers also allow Russian work to continue at the Bushehr site. Russia provides nuclear fuel for the sole operating nuclear power plant at that site and is responsible for removing the spent fuel.

Russia has broken ground on two additional nuclear power reactors at Bushehr since the nuclear deal was implemented in 2016. Annex III of the accord, which deals with nuclear cooperation, raises the option of collaborating with Iran on light-water reactors, but does not require it.

It is unclear if additional Annex III projects, such as the Nuclear Safety Center that the European Union is interested in pursuing in Iran, will be permitted to go forward.

In addition to the reimposed sanctions, the Trump administration succeeded in pressuring SWIFT, the Brussels-based international financial messaging service, to cut off Iranian banks that were on the list of the 700 entities sanctioned Nov. 5 by the United States. SWIFT was not required to disconnect the Iranian banks, but made a “regrettable” decision to do so in order to maintain stability in the international banking system, the organization said.

A group of Republican senators said they would introduce legislation to sanction SWIFT if the body did not cut off the Iranian banks. Without SWIFT, it will be more difficult to facilitate financial transactions with Iran, even for permittable humanitarian trade such as medical supplies.

Risks and Realities of Extending the UN Arms Embargo on Iran