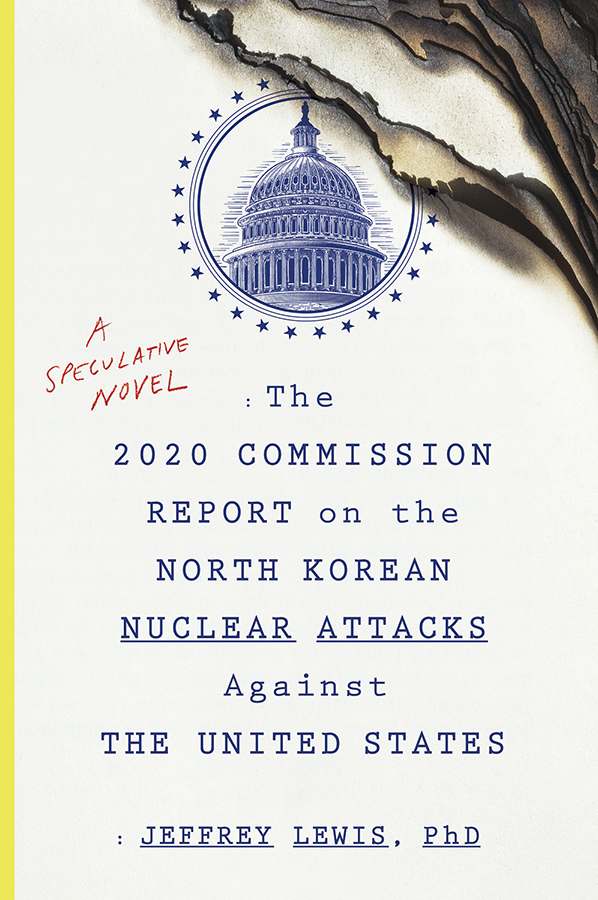 Each fall, the students of Harvard Extension School’s course on nuclear weapons and international security are subjected to a tone-setting viewing of the 1984 film “Threads,” a BBC production that offers an even grimmer presentation of a full-scale nuclear exchange than its U.S. predecessor “The Day After,” which terrified millions the previous year. Such films, along with other contemporary media, reflected a deep-seated cultural dread that a sudden, civilization-ending nuclear war was an increasingly likely possibility. To a class of students increasingly born well after these years, “Threads” vividly presents the worst fears of a seemingly bygone era.

Unfortunately, as the class learns, the potential for such a catastrophe is anything but bygone—society has just shifted its focus. As the Cold War nightmare faded in the early 1990s, expressions of nuclear war in films, books, and music became scarce. Meanwhile, decades-old thinking on nuclear conflict and deterrence has continued with little adaptation to the new era. As the general sense of relief expressed in the ’90s gave way to a post-9/11 focus on international terrorism, popular culture largely ignored the lingering possibility of catastrophic nuclear war, producing a generational blind spot on the subject.

This has become especially evident recently as a new generation of Americans encounters and begins to mentally process a resurgence of nuclear fears in the wake of North Korea’s 2017 testing blitz. Hawaii’s false alarm emergency alert this past January, in particular, caused a spike in anxiety and revealed a lack of public knowledge about what to do were a nuclear attack indeed underway. Since then, President Donald Trump’s so-far unsuccessful efforts to force unilateral denuclearization by North Korea have kept the issue alive.

It is timely, then, that Jeffrey Lewis, director of the East Asia Nonproliferation Program at the James Martin Center for Nonproliferation Studies, has thoroughly imagined the contemporary possibilities of nuclear war with his “speculative” novel, The 2020 Commission Report on the North Korean Nuclear Attacks Against the United States. Framed as a future U.S. governmental attempt to understand and summarize the devastation wrought in a calamitous resumption of the Korean War, Lewis populates the novel with today’s political leaders in an environment shaped by recent events. In this, The 2020 Commission Report is a realistic and compelling drama written to bring this grim subject back into the popular conversation.

The confrontation in the book begins as many international crises do: with a mistake. In March 2020, North Korean air defense forces, frayed by a months-long U.S. air campaign meant to test North Korea’s borders, mistakenly shoot down a South Korean civilian airliner that had strayed into its airspace. Pressured by internal politics and dismayed by Washington’s abandonment of diplomacy in 2019, South Korean President Moon Jae-in decides to respond swiftly. Without conferring with Washington, he orders a conventional missile strike on North Korean anti-aircraft sites, as well as on one of Kim Jong Un’s palaces. Kim, on tour at a manufacturing plant, finds himself suddenly isolated and inexplicably incommunicado, and fears that U.S.-led forces are preparing for a full-scale invasion.

Kim’s fears seem to be confirmed when a new tweet from Trump makes it through to his cadre in their makeshift bunker: “Little Rocket Man won’t be bothering us much longer!” Believing it to be the only action that may prevent his violent ouster, Kim gives the order to launch a pre-emptive nuclear strike on military bases and command centers in South Korea and Japan with short-range missiles. Millions are killed in the first wave of North Korean attacks, but it was not until U.S. forces begin a conventional air campaign to seek out and destroy Kim’s missiles that the follow-on order is given for Kim’s remaining long-range nuclear forces to launch their missiles at cities in the United States. 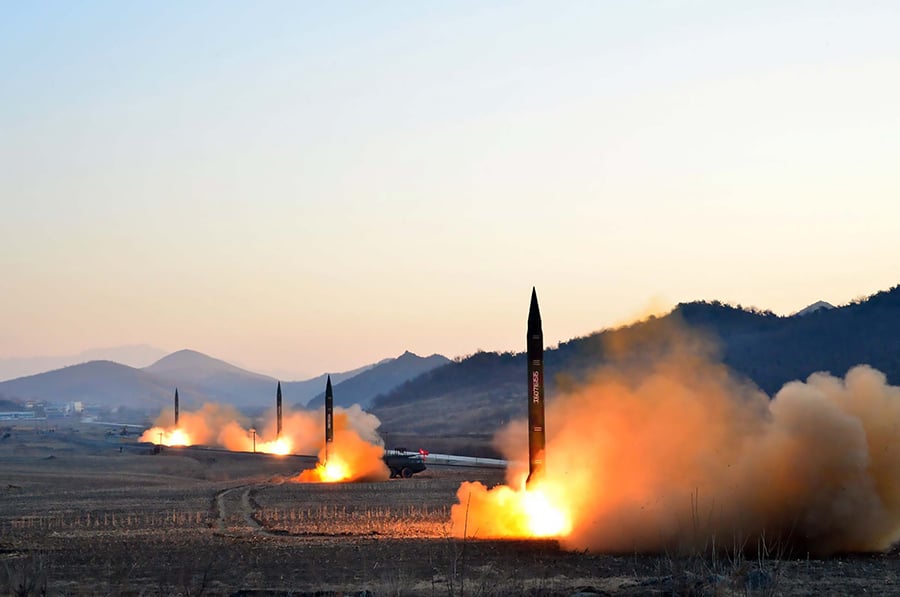 U.S.-led forces quickly “win” the war in North Korea, but the consequences of the nuclear attacks are dire and global. Kim’s missile attacks instantly kill 1.4 million Americans, and millions more die of radiation poisoning and injuries in the following weeks. Recovery efforts are hampered by the uniquely terrible effects of nuclear weapons, as well as secondary emergencies such as disease and logistical breakdowns. The ramifications are felt far from the conflict zones. As cities burn in Japan, South Korea, and the United States, vast amounts of black smoke alter the climate, causing famines in Africa and South Asia.

An uncomfortably modern tale of rapid, unintended escalation, the events presented in The 2020 Commission Report are quite unlike the wars as feared and imagined in the 1980s. Rather than a precipitous crisis between well-informed, equally matched superpowers, the spiraling dynamic that Lewis presents is much more personal: events are guided closely by the various leaders’ divergent personal beliefs, habits, and pointedly limited access to information. The pace of the unfolding catastrophe too feels downright familiar because the story is often carried not on a dispassionate intelligence report in a hardened bunker, but on cable news reports, mobile phone alerts, and social media. The scope of the destruction described in Asia and the United States breaks sharply with the bleak finality of a full U.S.-Soviet exchange as feared in the 1980s. In the events of March 2020, just four U.S. metro areas were successfully attacked, and it is tangentially clear that the rest of the country is actively focused on rebuilding.

In such scenery, however, lies the book’s most divisive and perhaps deliberate flaw. Although the personal elements keep the story highly relatable, the supposed actions of Trump in particular have a tendency to venture into parody. For example, Trump’s hostile tweets directed at Kim, while inspired by reality, take a cheaply personal turn in the run-up to the conflict. His interactions with aides and advisers are pointedly childlike. It is sometimes difficult to see past these characterizations as more than a partisan critique of the president, even if much of it is based on his previous actions.

For a story that hinges partially on Trump’s unique personality, Lewis took a flier on presenting sharp authenticity, rather than writing a more dispassionate Trump. It is understandable if this caricature turns off potential readers who support the president or who are weary of the intense political polarization in general. Still, even if such characterization would be rightly seen as absurd speculation before Trump, it is undeniable that much has changed in what Americans expect from the White House since 2017. Perhaps in this, a volatile and reactive president is becoming just another element to consider when imagining modern nuclear conflict.

Despite the contemporary trimmings, the book’s presentation of nuclear war is no less alarming than that of “Threads.” Lewis knows his topic well, and the book’s deeply researched footnotes reflect his expertise on the nuclear enterprises of North Korea and the United States. He presents the grim details of the nuclear attacks in a way that moves swiftly past the cold metrics of missile specifications, blast strengths, and death tolls and instead humanizes the horrible losses via a set of personal perspectives by survivors.

Synthesizing from accounts of the hibakusha, the Japanese survivors of the U.S. nuclear attacks in 1945, and of 9/11 survivors, Lewis provides a deeply moving element to what may have otherwise been an overly technical war story. As the storylines driven by Kim, Moon, and Trump yield to personal vignettes, a darker sense of loss takes hold. In the context of lost family members, doomed victims, and desperate survivors, the many steps of disturbingly sound logic required to touch off the war are cast into an achingly regretful light. In the end, the most truly frightening element of The 2020 Commission Report is that it all fits together in a way that feels exceedingly and increasingly possible.

As the real-world crisis with North Korea continues to evolve in slow motion, a deeper public understanding of the threats posed by nuclear weapons is urgently needed. In its blending of technics and humanity, Lewis’s nightmare vision is well positioned to spark a long-overdue conversation.