– Vincent Intondi
Author, "African Americans Against the Bomb: Nuclear Weapons, Colonialism, and the Black Freedom Movement"
July 1, 2020
Getting Off the Treadmill to Catastrophe

Earlier this year, UN Secretary-General António Guterres warned that “[t]he Cold War is back...but with a difference. The mechanisms and the safeguards to manage the risks of escalation that existed in the past no longer seem to be present.” 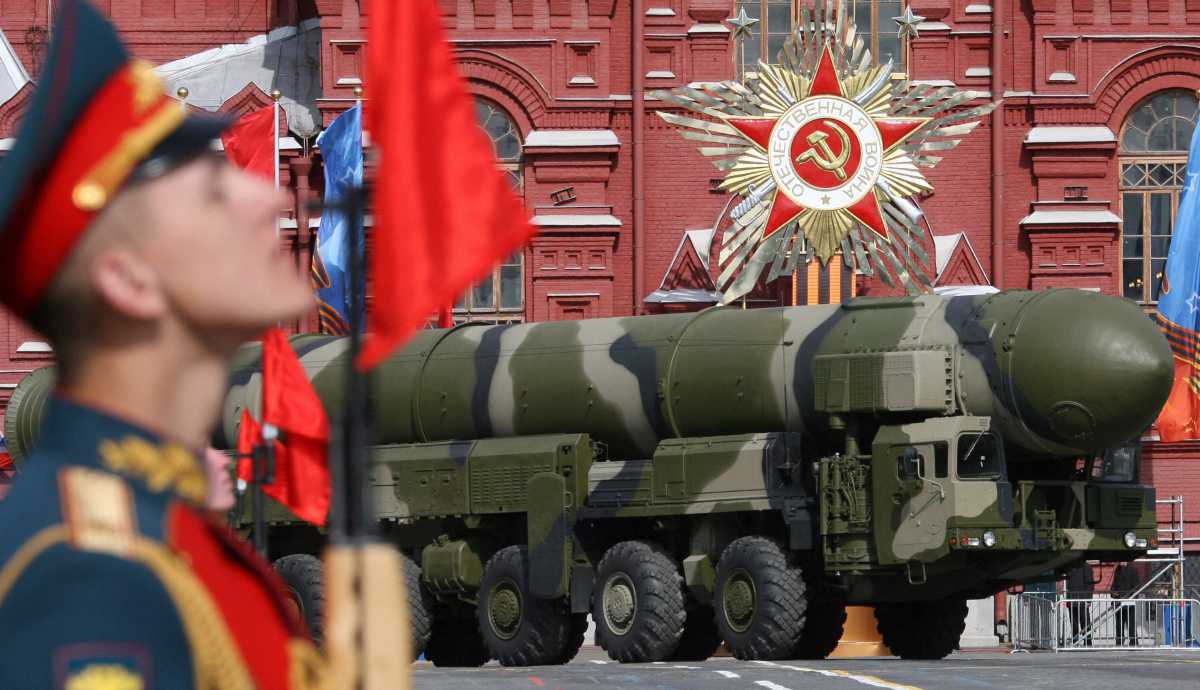 Indeed, the United States and Russia are planning to spend trillions of dollars to replace and upgrade their nuclear arsenals at force levels that far exceed what is required to deter nuclear attack. China is also improving its nuclear weapons capabilities.

All three countries are pursuing new strategic-range weapons systems, including hypersonic missiles, and the weaponization of other emerging technologies, such as cyberweapons, that could upset the uneasy balance of nuclear terror that exists among the world’s major nuclear actors.

President Donald Trump, unfortunately, seems to believe that if he builds up the U.S. nuclear arsenal, other nations will back down. “Until people come to their senses, we will build it up,” Trump said to reporters Oct. 22 outside the White House. His simplistic notion of getting ahead in the nuclear game is a dangerous illusion.

In a nuclear arms race, the only finish line is catastrophe. As the veteran U.S. diplomat Paul Warnke wrote in 1975 as the United States and the Soviet Union were amassing new strategic nuclear weapons, “We can be first off the treadmill. That is the only victory the arms race has to offer.”

As Democrats prepare to take control of the U.S. House of Representatives in January, there is an opportunity to check and balance Trump’s nuclear impulses. Members of Congress of both parties, along with key U.S. allies and middle powers, should encourage the United States to get off the treadmill and take the first steps to reduce the role, size, and cost of its bloated nuclear arsenal.

Rather than ape Russia’s nuclear behavior, the United States should size and orient its nuclear force on the basis of its defense requirements alone. In 2013, a Pentagon review determined that the U.S. deployed strategic nuclear force is one-third larger than necessary to deter a nuclear attack. That means the United States can reduce the number of deployed strategic warheads from roughly 1,400 today to 1,000 or fewer and challenge Russia to do the same.

A thousand deployed warheads provide far more nuclear firepower than is needed to deter any current or potential nuclear adversary. Just one U.S. nuclear-armed submarine, carrying 192 thermonuclear warheads, each with an explosive yield of 100 kilotons or greater, could devastate a large country and kill tens of millions of people.

To lock in mutual reductions, Washington and Moscow should agree to extend New START for another five years, to 2026, and call for talks on a new agreement on new limits on all types of strategic offensive and defensive, nuclear and non-nuclear weapons systems that could affect strategic stability. Such a strategy could prompt Russia to rethink its own new weapons projects and possibly reduce its nuclear arsenal.

Further reductions in U.S. and Russian nuclear forces, which comprise 95 percent of global stockpiles, would increase pressure on China to halt its own slow but steady nuclear buildup and join the nuclear disarmament enterprise.

By scaling back its nuclear force to 1,000 deployed strategic warheads and making associated reductions to the hedge stockpile, the United States could trim billions of dollars from today’s excessive and unsustainable $1.2 trillion, 30-year plan to replace and upgrade its nuclear weapons delivery systems and warheads.

U.S. policymakers also need to shift away from outdated policies that increase the risk of nuclear war by accident or design. Current U.S. and Russian strategies call for the prompt launch of land-based missiles in the event of an impending nuclear attack. Each side also retains the option to use nuclear weapons first in a conflict. Worse still, the Trump administration wants new, “more-usable” low-yield nuclear weapons to counter Russia and has expanded the circumstances under which the United States would consider first use.

Instead, as Rep. Adam Smith (D-Wash.), the incoming chairman of the House Armed Services Committee, recommends, the United States should adopt a no-first-use nuclear policy, forgo new nuclear war-fighting weapons, and shed excessive nuclear force structure. There is no plausible circumstance that could justify legally, morally, or militarily the use of nuclear weapons to deal with a non-nuclear threat. Once nuclear weapons are employed in war, there is no guarantee the other side would not respond in kind and trigger an all-out nuclear exchange.

It is still within the power of U.S. and other world leaders to avoid a new global nuclear arms race, save billions of defense dollars on redundant and unnecessary nuclear weapons, and reduce the risk of nuclear use. The time to start is now.