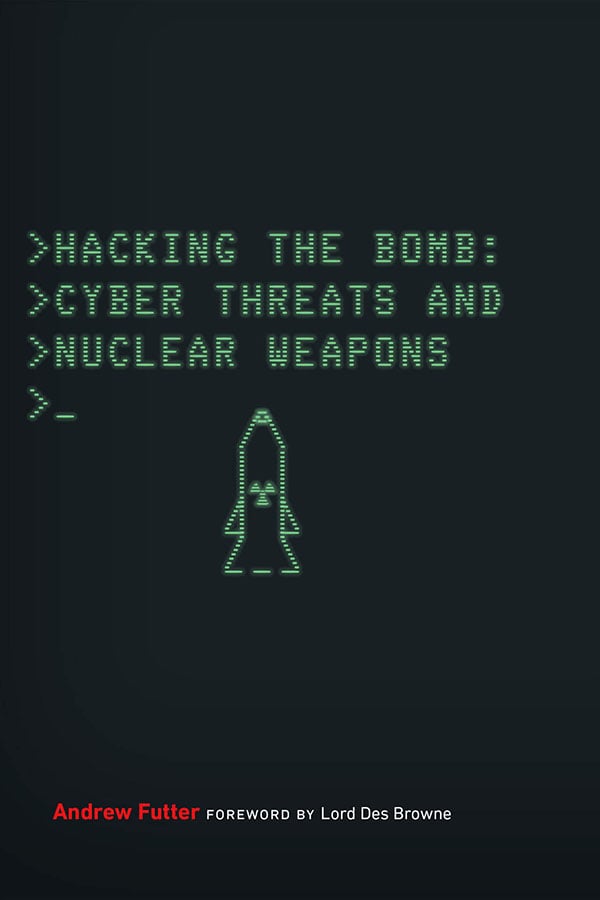 Andrew Futter, an associate professor at the University of Leicester’s School of History, Politics, and International Relations, provides a new perspective on the challenges raised by the cyber-nuclear nexus and aims to address the implications that result from emerging cyberthreats as they relate to nuclear weapons. Futter makes two main points. First, the emerging cyber age and advancing capabilities requires a shift in thinking about, managing, and controlling nuclear weapons. Second, he maintains that if parties begin to establish a norm of hacking nuclear weapons, the consequences would be fraught with danger. Futter spends much of the book supplementing these two arguments with further context, and he works methodically to showcase the unique nature of the cyber-nuclear challenge, what those challenges and attacks could be, and how this affects current strategy. His conclusion briefly touches on recommendations that include possibly working with other nations to increase cybersecurity. Most importantly, Futter closes by focusing on three main principles to prepare for the cyber-nuclear future: systems must be simple, secure, and separate.—SHERVIN TAHERAN

Ritu Mathur, an assistant professor at the University of Texas at San Antonio, details the role of the International Committee of the Red Cross (ICRC) in the control and elimination of weapons. The ICRC has contributed substantially to this field, in part due to its privileged access to diplomatic negotiations, Mathur contends. Recent ICRC interventions into debates about weapons disarmament, including its outspoken support for weapons prohibition treaties, has been criticized by some who contend that the organization should remain nonpolitical. Yet, Mathur’s account shows the ICRC has acted consistently and wielded its influence in three primary modes: “testimonialization,” medicalization, and legalization. Testimonialization refers to the ICRC practice of representing itself as bearing witness to victim testimony with the express purpose of motivating states to ban and eliminate a particular weapon. In examining medicalization, Mathur details the ICRC’s shift to using evidence of the medical impact of certain weapons to advocate for disarmament. Finally, Mathur outlines legalization, using relevant law to pursue disarmament. The ICRC, Mathur contends, has played a fundamental role in the shaping of the legal architecture of arms control and disarmament, most recently in the negotiations leading to the 2017 Treaty on the Prohibition of Nuclear Weapons.—ALICIA SANDERS-ZAKRE