The United Kingdom charged two Russian nationals on Sept. 5 with the attempted murder in March of former spy Sergei Skripal and daughter Yulia using the nerve agent Novichok, bolstering its case that the Russian government instigated the crime. 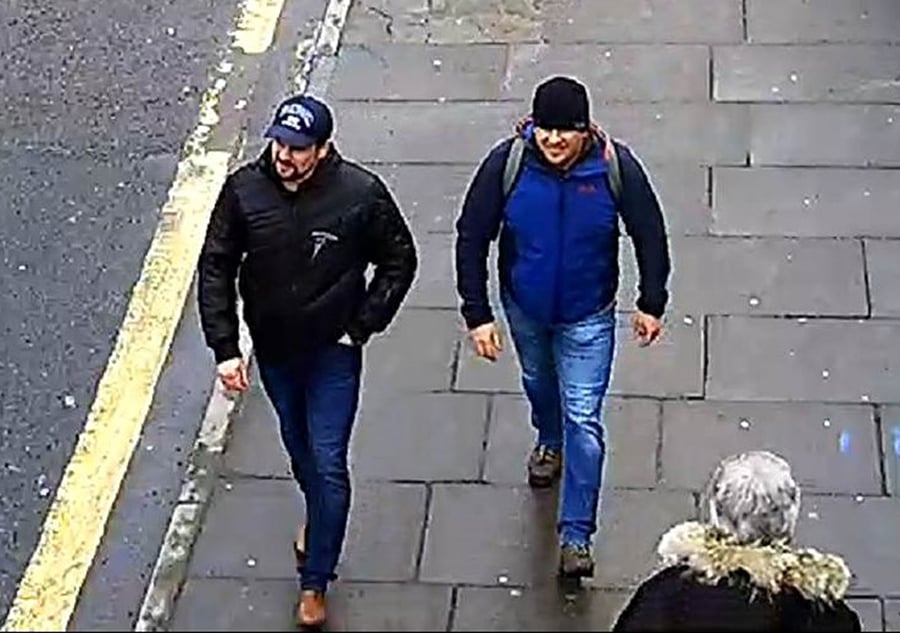 According to the UK investigation, the two men, who traveled under the names Alexander Petrov and Ruslan Boshirov, are members of Russia’s GRU military intelligence agency. The accusation resulted from a months-long UK police investigation, including the analysis of more than 10,000 hours of CCTV videos.

The UK previously accused the Russian government, but had not identified individual suspects. (See ACT, April 2018.)

UK Prime Minister Theresa May, speaking in Parliament, said on Sept. 5 that the latest finding proves even more definitively Russian government culpability. She vowed to press for the creation of a new EU chemical weapons sanctions regime and to empower the Organisation for the Prohibition of Chemical Weapons (OPCW) to “attribute chemical weapons to other states beyond Syria.” The OPCW was granted the mandate to investigate the responsible party for chemical attacks in Syria in June. (See ACT, July/August 2018.)

European nations and the United States have taken steps in response to the attacks, which included expelling hundreds of Russian diplomats and enacting new sanctions. In November, the United States is expected to adopt still harsher sanctions against Russia for its chemical weapons use unless the government admits its guilt, forswears future use, and allows international inspectors to verify its assurances. (See ACT, September 2018.)

At a UN Security Council meeting on Sept. 9 called by the UK, several nations supported the UK’s conclusions and called for strengthening the Chemical Weapons Convention, the 1993 accord that bans chemical weapons. Russian UN Ambassador Vassily Nebenzia dismissed the allegations a “crazy cocktail of unfounded lies,” continuing a pattern of denial of Russian and Syrian chemical weapons use.

In an interview on Russia’s government-funded news channel RT, the two suspects claimed they had visited Salisbury twice as tourists to see the city’s famous cathedral. Russian President Vladimir Putin said the men were civilians. “We, of course, checked who these people are. There is nothing special there, nothing criminal, I assure you,” Putin stated at an economic forum on Sept. 12.

UK newspapers have reported that a UK-based investigative website, Bellingcat, independently has obtained documentation showing that the names appear to be cover identities linked to the Russian security services and that plane tickets to the UK were bought at the last minute, not as part of a long-planned vacation, as the men claimed.

Laboratory tests by the OPCW confirmed on Sept. 4 the UK’s finding that Novichok was also the chemical agent that killed Dawn Sturgess and injured Charlie Rowley on June 30 in Amesbury. Sturgess and Rowley appear to have been poisoned accidentally by picking up a discarded perfume bottle that held the remains of the nerve agent used on the Skripals.

The two Russians are also “prime suspects” for the Amesbury incident given the link between the two events, May said in her Parliament remarks. The UK has issued Interpol red notices and domestic and European arrest warrants, although the men cannot be arrested and brought to trial as long as they remain in Russia.