The 2017 Treaty on the Prohibition of Nuclear Weapons, which was negotiated by more than 120 states, has changed the conversation about nuclear weapons and their legitimacy. 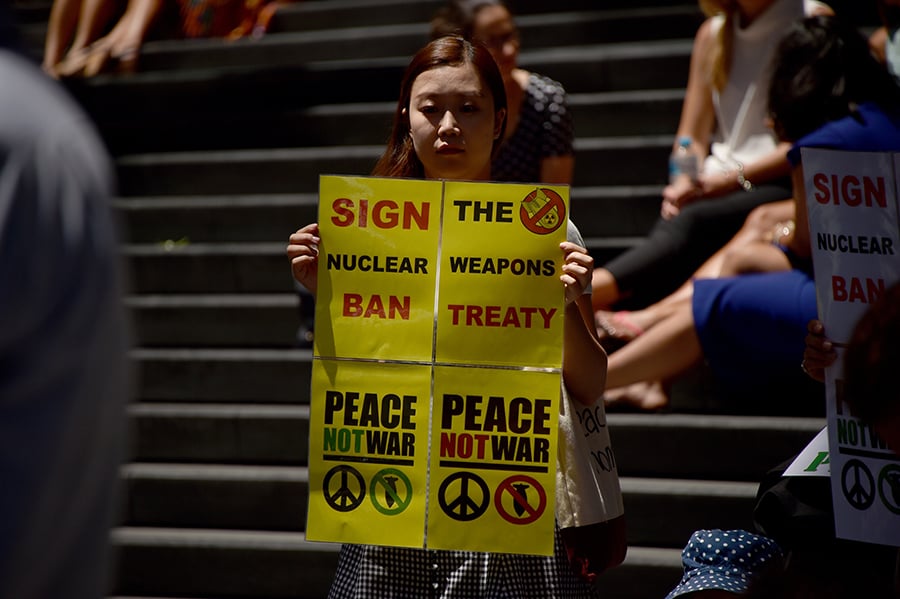 The treaty prohibits the development, production, manufacture, acquisition, possession, stockpiling, transfer, stationing, installation and threat of use of nuclear weapons. In so doing, it reinforces states’ commitments to the nuclear Nonproliferation Treaty (NPT) and the Comprehensive Test Ban Treaty (CTBT).

Additionally, the prohibition treaty has a broad provision that specifically obligates each state-party to never, under any circumstances, “assist, encourage, or induce, in any way, anyone to engage in any activity” prohibited to a state-party under the treaty.1 This key nonassistance provision has attracted considerable discussion because of its implications for countries allied with nuclear weapons possessor states, such as those under the United States’ so-called nuclear umbrella, as well as for non-nuclear-weapon states that have or seek access to nuclear materials and technology for the peaceful use of nuclear energy.

For nuclear-armed states, assistance from other countries is needed not only to maintain but also to modernize their arsenals and even to deploy them operationally in certain parts of the world. This is because, for instance, they require quantities of fissionable material for enrichment or reprocessing, relevant software, and missile technology that may be available from non-nuclear-weapon states. Similarly, they may desire basing permissions for bombers close to where they may be needed in the event of major conflict. The practical significance is that the nuclear-weapon states, mindful that the assistance provision will be an impediment to the effectiveness and legitimacy of their weapons stockpiles, are using their considerable influence to discourage countries from joining the treaty.

Further, there are concerns among some non-nuclear-weapon states about the reach of the provision. For instance, early in the main session of the 2017 UN diplomatic conference that negotiated the treaty, the Netherlands, where the United States reportedly stores tactical nuclear bombs,2 called for “assist,” “encourage,” and “induce” to be defined.3 Singapore subsequently stated that the provision was “not clear.”4 One concern is whether unrelated commercial trade might be adversely affected by the provision. This article explores the extent to which these concerns are legally justified.

A clause outlawing different forms of assistance for prohibited activities has been a staple of comprehensive disarmament treaties—those that prohibit the possession and transfer of weapons and require the destruction of any stockpiles—since 1972, with the adoption of the Biological Weapons Convention (BWC).5 Prior even to that, the NPT included a nonassistance clause,6 although its scope of application was limited to the nuclear-weapon states named under that treaty, essentially the five permanent members of the UN Security Council.7

The precise framing of the assistance provision in comprehensive disarmament treaties has barely changed since the 1992 Chemical Weapons Convention (CWC),8 which had broadened the scope of the undertaking to encompass natural and legal persons (individuals and corporate entities). The BWC had prohibited assisting only other states and international organizations. Since the opening of the CWC, its formulation of the assistance provision has been employed most often, including in the wording for the nuclear weapons prohibition treaty. In contrast, in the 2008 Convention on Cluster Munitions, negotiators omitted the words “in any way” as a number of NATO members wished to leave open the possibility of joint planning with the United States for the use of cluster munitions.

Scope of the Prohibition

The word “anyone” in the prohibition on assistance in the ban treaty applies to any recipient of assistance whatsoever. In addition to any other state, this therefore concerns helping any individual, company, or international organization, as well as any nonstate actor, thereby buttressing UN Security Council Resolution 1540.10 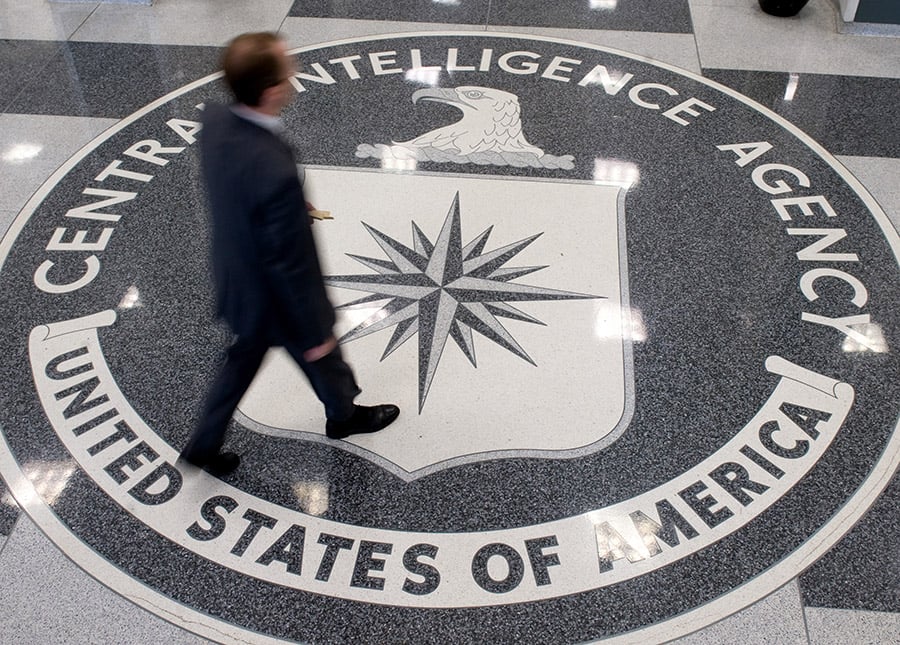 The activities prohibited for a state-party under the ban treaty are those set out in the other subparagraphs of Article 1(1) of the treaty, namely to develop, test, produce, manufacture, otherwise acquire, possess, or stockpile nuclear explosive devices; to transfer them to any recipient directly or indirectly; to receive their transfer or control over them; and to use or threaten to use or allow any stationing of such devices in any place under their jurisdiction or control. A state-party can therefore not help anyone to develop or obtain nuclear weapons or control over them or to pass them on to any other party.

What is the nature of the prohibition on assisting such activities? The notion of unlawful assistance is well known in public international law under the rules of state responsibility.

Under the rules referenced above, one state assists another to commit a violation of international law if it does so with knowledge of the circumstances of the other state’s violation and if the act by the recipient state that amounted to the violation would be a violation had it committed the act itself. With regard to the prohibition treaty, of course, there is a slight distinction insofar as the state receiving the assistance might not be party to the treaty and therefore might not itself be violating international law, but the same principles of nonassistance apply. Under Article 1(1)(e), state-party A cannot assist state B (irrespective of whether it has joined the treaty) to develop, produce, or stockpile any nuclear explosive device. An obvious instance of unlawful assistance would be the supply of fissile material or related technology, where the supplying state-party knows the use to which such material or know-how will be put.

Where it was known that the missile program of the assisted recipient was intended for the delivery of nuclear weapons, the provision of ballistic missile technology would also be unlawful. Jointly planning with a nuclear-weapon state that is about to test or use nuclear weapons on how and where a weapon will be detonated would be another clear case of a violation. Evidently, too, a state-party that allows a nuclear-weapon state to deploy its nuclear weapons on its territory would be engaging in prohibited assistance for the possession and probably also stockpiling of the weapons. In any event, the act of allowing the stationing, installation, or deployment of any nuclear weapons on a state-party’s territory is explicitly outlawed by Article 1(1)(g).

The notion of encouragement covers efforts to persuade someone to do something or to continue to do it, whether or not those efforts are successful. NATO’s 2010 strategic concept explicitly envisages the possession and potential use by certain members of a nuclear alliance. Indeed, the strategic concept stipulates that NATO will “maintain an appropriate mix of nuclear and conventional forces.” As observed in April 2018,

At the same time, adhering to an international treaty overrides, as a matter of international law, commitment to an earlier political declaration or instrument, which is the nature of the 2010 NATO strategic concept. Indeed, there is a certain irony in the position that a nuclear-weapon state may adhere to the prohibition treaty and be in conformity with it, subject to its compliance with the obligations to not use or threaten to use nuclear weapons, to remove them from operational status, and then to destroy them,16 but an umbrella state would be in violation the moment it joined.

That said, it would be straightforward for a nuclear umbrella state to openly disavow support for nuclear weapons and then to comply with the rest of the treaty as would any other state-party. This would represent good faith application of the treaty, as the law of treaties demands of all states-parties to any treaty. Furthermore, “NATO members are not obliged to endorse every line of alliance language. There is a long tradition of member states’ ‘footnoting’ or attaching interpretative statements to alliance documents.”17 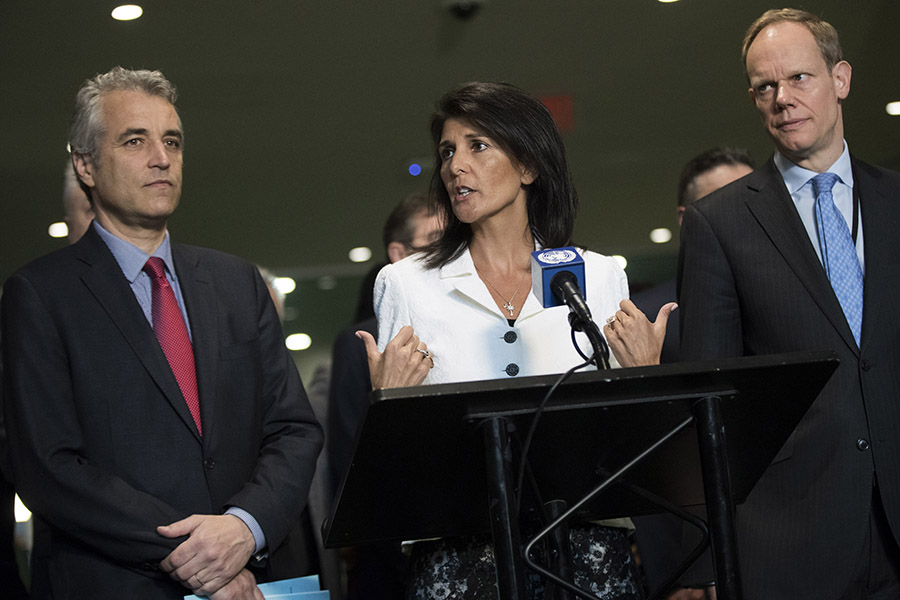 Moreover, as was the case with the 1997 Mine Ban Treaty, there is no problem in “merely” participating in military maneuvers with states that possess the prohibited weapons as long as those maneuvers do not rise to the level of assistance or encouragement to possess or use the weapons. For example, were Sweden to adhere to the prohibition treaty, it could lawfully pursue military exercises such as Aurora 17, which took place in Sweden in September 2017 with the participation of the United States and other NATO states.18

In 2016, prior to the negotiation of the treaty, the United States drafted a diplomatic discussion document, a so-called nonpaper, on the ramifications it foresaw of the future treaty.19 In it, the United States argued that the future treaty “could” degrade security relationships and “delegitimize the concept of nuclear deterrence.” More substantively and with specific respect to the assistance provision, the United States argued that the treaty could force a signatory, presumably a state-party, to “repudiate” U.S. statements that “it would defend the signatory with nuclear means.”20

This is an accurate assessment of Article 1(1)(e), but the nonpaper also suggested that a state-party could believe that it was “legally required” to “block all NATO nuclear cooperation” even if it were not involved in any nuclear “burden-sharing.”21 This is clearly wrong. A state-party to a treaty is bound to comply with its own obligations, not to impose disarmament on other states. To “assist” or “encourage” does not mean to “permit.” Perhaps what is most interesting about this nonpaper is the implicit recognition that a state-party to the treaty is not obligated to withdraw from NATO.

In sum, the prohibition treaty precludes states-parties from assisting or encouraging the possession, transfer, or use of any nuclear explosive devices, for instance by providing technological know-how for development or fissile material for production or by endorsing declarations by regional organizations calling for the maintenance of a nuclear deterrent.

Yet, it does not stop states-parties from generally collaborating with other states in military affairs and operations or from being a member of a regional organization, some of whose members possess nuclear weapons. This is the position of the International Human Rights Clinic at Harvard Law School. In a recent, thoughtful paper, the clinic argues that the prohibition treaty requires a state-party “to renounce its nuclear umbrella status, but does not stand in the way of alliances with states that continue to possess nuclear weapons.”22

The prohibition on assistance is broad in scope, requiring explicit disavowal of any existing nuclear-umbrella guarantee, but realistic in application. It is an integral component of the prohibition of nuclear weapons.

3. Remarks of the Netherlands in plenary, Second Session of the United Nations Conference to Negotiate a Legally Binding Instrument to Prohibit Nuclear Weapons, Leading Towards their Total Elimination, 16 June 2017 (notes on file with author).

4. Remarks of Singapore in plenary, Second Session of the United Nations Conference to Negotiate a Legally Binding Instrument to Prohibit Nuclear Weapons, Leading Towards their Total Elimination, 16 June 2017 (notes on file with author).

5. Convention on the Prohibition of the Development, Production and Stockpiling of Bacteriological (Biological) and Toxin Weapons and on Their Destruction art. III, April 10, 1972, 1015 U.N.T.S. 163.

6. “Each nuclear-weapon State Party to the Treaty undertakes … not in any way to assist, encourage, or induce any non-nuclear-weapon State to manufacture or otherwise acquire nuclear weapons or other nuclear explosive devices.” Treaty on the Non-Proliferation of Nuclear Weapons art. I, July 1, 1968, 729 U.N.T.S. 168 (hereinafter NPT).

7. “For the purposes of this Treaty, a nuclear-weapon State is one which has manufactured and exploded a nuclear weapon or other nuclear explosive device prior to 1 January, 1967.” NPT, art. IX(3).

9. International Law Commission, Report on the work of its fifty-third session, A/56/10, 2001, art. 16 (“Aid or assistance in the commission of an internationally wrongful act”).

10. The UN Security Council, acting under Chapter VII of the UN Charter, decided that “all States shall refrain from providing any form of support to non-State actors that attempt to develop, acquire, manufacture, possess, transport, transfer or use nuclear, chemical or biological weapons and their means of delivery.” UN Security Council, S/RES/1540, April 28, 2004.

12. NATO, “Active Engagement, Modern Defence: Strategic Concept for the Defence and Security of the Members of the North Atlantic Treaty Organization,” November 19, 2010, https://www.nato.int/nato_static_fl2014/assets/pdf/pdf_publications/20120214_strategic-concept-2010-eng.pdf.

14. Kingdom of the Netherlands, “Explanation of Vote of the Netherlands on Text of Nuclear Ban Treaty,” July 7, 2017, https://www.permanentrepresentations.nl/latest/news/2017/07/07/explanation-of-vote-of-ambassador-lise-gregoire-on-the-draft-text-of-the-nuclear-ban-treaty.