“Over the past 50 years, ACA has contributed to bridging diversity, equity, inclusion and that's by ensuring that women of color are elevated in this space.”
– Shalonda Spencer
Women of Color Advancing Peace, Security, and Conflict Transformation
June 2, 2022
Hill Moves to Protect Nuclear Safety Board

Congress is defending the independent government agency tasked with providing safety oversight at the Energy Department’s defense nuclear facilities, amid proposals to reduce the organization’s authority and size. 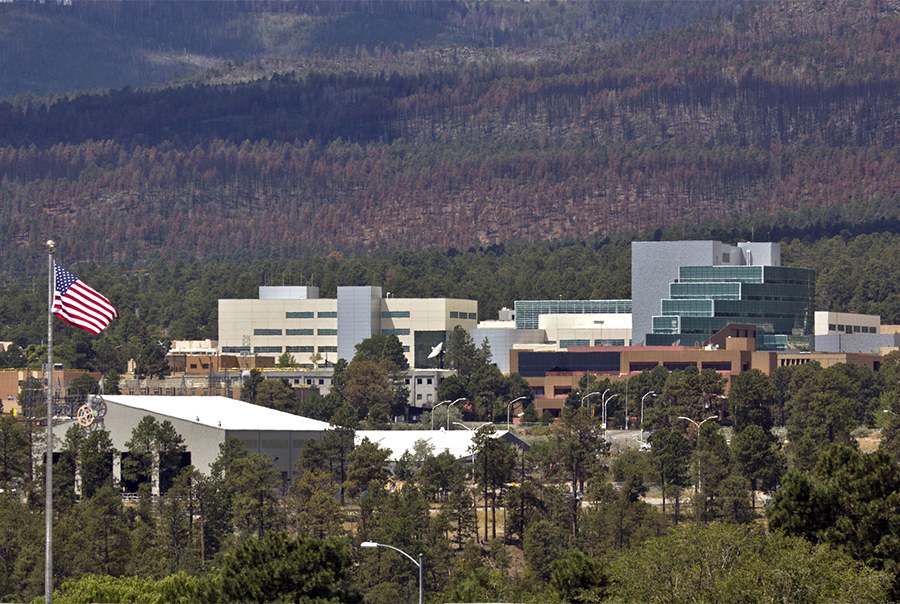 The final version of the fiscal year 2019 energy and water appropriations bill, sent to the White House in mid-September for signing, prohibits the use of any appropriated funds to carry out the proposed reorganization of the Defense Nuclear Facilities Safety Board (DNFSB), which includes a reduction in the board’s staff, unless such a proposal is later specifically authorized by law.

The bill also directs the Energy Department to brief Congress, within 30 days of the legislation becoming law, about the department’s controversial Order 140.1 on how the department should interface with the board. The bill expresses congressional concern about the potential impact of the order, which board members and nuclear watchdog groups argue would weaken the board’s authority and influence.

“These aren’t fantastic times to be reconsidering how we do safety,” said board member Joyce Connery at an Aug. 28 board hearing on the order, citing aging department infrastructure, a changing department workforce, and an increased mission for the semiautonomous National Nuclear Security Administration (NNSA). The Trump administration is proposing a significant expansion of NNSA nuclear weapons work that includes increasing the production of plutonium cores for nuclear weapons. (See ACT, March 2018.)

“This seems to be the perfect storm for accidents to happen, and this is a time where we should be doubling down on our efforts on nuclear safety,” Connery added.

An investigation published last year by the nonprofit Center for Public Integrity revealed unpublicized safety lapses during the past decade at Energy Department nuclear weapons sites that the group said endangered the lives of laboratory workers and, in some cases, imperiled site operations. (See ACT, July/August 2018.)

Congress established the safety board in September 1988 in response to growing concerns about the adequacy of the Energy Department’s health and safety protection efforts for the public and workers at defense nuclear facilities. The five-member board, which currently has one vacancy, provides advice and recommendations to the energy secretary regarding defense nuclear sites managed by the department, including the Los Alamos, Livermore, and Sandia nuclear weapons laboratories. The board last issued a recommendation in 2015.

The safety board voted in August to increase the number of field inspectors from 10 to 18 while reducing the total board staff to 79 from 117. The reorganization was proposed by Bruce Hamilton, the board’s Republican acting chair, and supported by the three of the board’s four current members.

In an Aug. 29 letter, New Mexico Sens. Tom Udall (D) and Martin Heinrich (D) wrote to Sens. Lamar Alexander (R-Tenn.) and Dianne Feinstein (D-Calif.), the leaders of the Senate energy and water appropriations subcommittee, urging them to bar funding to reorganize the board in the fiscal year 2019 energy and water bill.

“While some aspects of the Board’s plan may have merit, we are not in a position to support the reorganization until it is fully vetted by Congress and the public for potential impacts to the health and safety of the public and workers who live and work in communities around these [Energy Department] sites,” Udall and Heinrich wrote.

Separately, the Energy Department in May issued an order that updates how the department works with the safety board. The order prompted a backlash from all four current board members, watchdog groups, and some members of Congress.

In the past, the Energy Department, with the support of its contractors, some members of Congress, and even a former board chairman, has sought to limit the safety board’s role, arguing that its oversight was redundant. Some officials have also complained about board findings that led to critical media reports on safety practices.

At the Aug. 28 hearing, the first of three that will be held on the order, Energy Department officials sought to downplay the impact and stated that the changes are a necessary update to an outdated, 17-year-old directive.

The order “does not hinder cooperation” with the safety board or prevent the board “from providing independent analysis, advance, and recommendations” to ensure adequate protection of public health and safety, Deputy Energy Secretary Dan Brouillette testified.

But critics argued that the order, developed without the input from the board, could restrict the board’s ability to get access to department facilities, documents, and staff and to issue formal safety recommendations.

Board member Daniel Santos said at the hearing that he was “surprised to learn” that the order “contained many changes that affected the relationship with the board, that it challenged the authorities contained in the board’s enabling statute, and that it significantly altered the role of independent safety oversight without an obvious and commensurate improvement to safety.”

Chris Roscetti, the board’s technical director, cited several difficulties the board had encountered in obtaining information since the order was issued, including “documents needed to determine the veracity of a work complaint related to safety” at Los Alamos.

Greg Mello, executive director of the nonprofit Los Alamos Study Group, expressed “grave concern” about the order in an Aug. 28 press release, calling it “an existential danger” to the board’s work. The Energy Department created this order “with intimate involvement from its contractors but in total secrecy from the Board, local communities, the public, and unions,” Mello said.

In their Aug. 29 letter, Udall and Heinrich called on Congress to suspend the order, “which on its face appears to restrict the amount of information the Board can access for its safety oversight work.”

But the energy and water appropriations bill, which President Donald Trump signed on Sept. 21, did not go that far. Instead it calls for a briefing on how the order differs from previous interface guidance, how the Energy Department plans to incorporate concerns from the board and public, and how the department plans to implement the order.