The U.S. Navy and Energy Department jointly determined that the United States should not pursue research and development of an advanced naval nuclear fuel system using low-enriched uranium (LEU) instead of highly enriched uranium (HEU), according to a March 25 letter to Congress obtained by Arms Control Today. 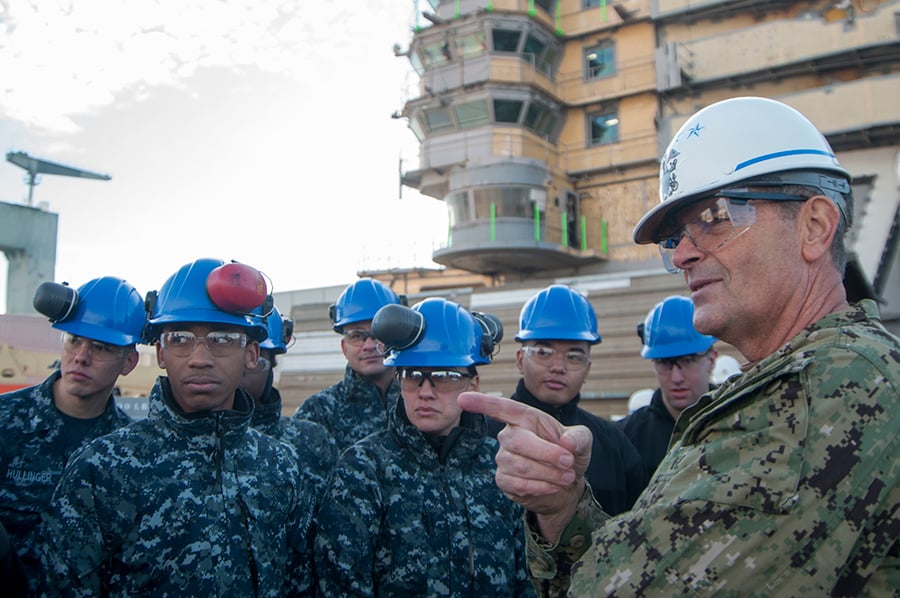 But lawmakers appear determined to continue exploring the feasibility of shifting to LEU and have proposed doubling funding for the effort in fiscal year 2019.

In their joint letter to the leadership of the House Armed Services Committee, Navy Secretary Richard Spencer and Energy Secretary Rick Perry stated that the replacement of HEU with LEU “would result in a reactor design that is inherently less capable, more expensive, and unlikely to support current life-of-ship submarine reactors.”

“A program to pursue R&D of an LEU advanced fuel system would compete for necessary resources against all other NNSA [National Nuclear Security Administration] and Department of Defense priorities as part of a future budget request,” the letter added.

The fiscal year 2016 National Defense Authorization Act and the energy and water appropriation bill required the Energy Department’s semiautonomous NNSA to submit a conceptual plan for an R&D program on an LEU-based naval fuel system and provided $5 million for this work. The authorization bill also required the energy and naval secretaries to determine whether the United States should continue to pursue R&D on an LEU system.

The subsequent NNSA report, published in July 2016, identified “an advanced naval nuclear fuel system technology” that could power a U.S. aircraft carrier using LEU and presented a conceptual R&D plan to assess the viability of the fuel system that would take 15 years and cost at least $1 billion in fiscal year 2016 dollars. Deploying the new fuel system is projected to cost an additional “several billion dollars,” assuming the development program is successful. (See ACT, October 2016.)

The report added that a successful development effort “might enable” an aircraft carrier reactor fueled with LEU in the 2040s. The conversion of current submarine reactors to run on LEU would be “a larger challenge,” according to the report, which was produced by the Office of Naval Reactors, the NNSA division tasked with overseeing U.S. naval nuclear propulsion matters.

Lawmakers earmarked an additional $5 million annually in fiscal years 2017 and 2018 that could be transferred from the NNSA nonproliferation account to the naval reactors office to research the LEU system.

Roughly 290 metric tons of weapons-grade HEU, enough for more than 11,000 nuclear weapons, are in global naval inventories to power submarines, aircraft carriers, and icebreakers, according to a March 2016 report published by the Nuclear Threat Initiative and the James Martin Center for Nonproliferation Studies. Weapons-grade HEU is enriched to 90 percent uranium-235.

The United States, Russia, the United Kingdom, and India use HEU for naval propulsion. France uses and China is believed to use LEU to power their naval reactors. LEU is enriched to less than 20 percent U-235 and cannot be used in nuclear weapons.

Critics argue that relying on HEU undermines U.S. nonproliferation objectives and could make it easier for other countries to justify the production of the sensitive material.

Indeed, Iran announced in December 2016 that it would begin researching and developing nuclear propulsion for marine vessels. (See ACT, January/February 2017.)

Despite the Trump administration’s rejection of shifting to LEU, Congress has taken initial steps to continue funding the effort for fiscal year 2019, which begins on Oct. 1.

The Senate and House versions of the energy and water appropriations bill would provide up to $10 million to evaluate the LEU alternative. The funding would support R&D at the national laboratories rather than transferring the funds to the NNSA naval reactors office, noted Alan Kuperman, an associate professor and founding coordinator of the Nuclear Proliferation Prevention Project at the University of Texas at Austin.

The naval reactors office has been reluctant to spend the money authorized and appropriated by Congress, Kuperman said in a June 15 email to Arms Control Today.