This is adapted from remarks on June 5 by Norwegian Minister of Foreign Affairs Ine Eriksen Søreide at the 3rd International Symposium on HEU Minimization in Oslo.

Few questions are more important than nuclear security, as global events in recent months have reminded us. I'm pleased that there are representatives from many countries from around the world here today, close to 90 people from 27 countries. 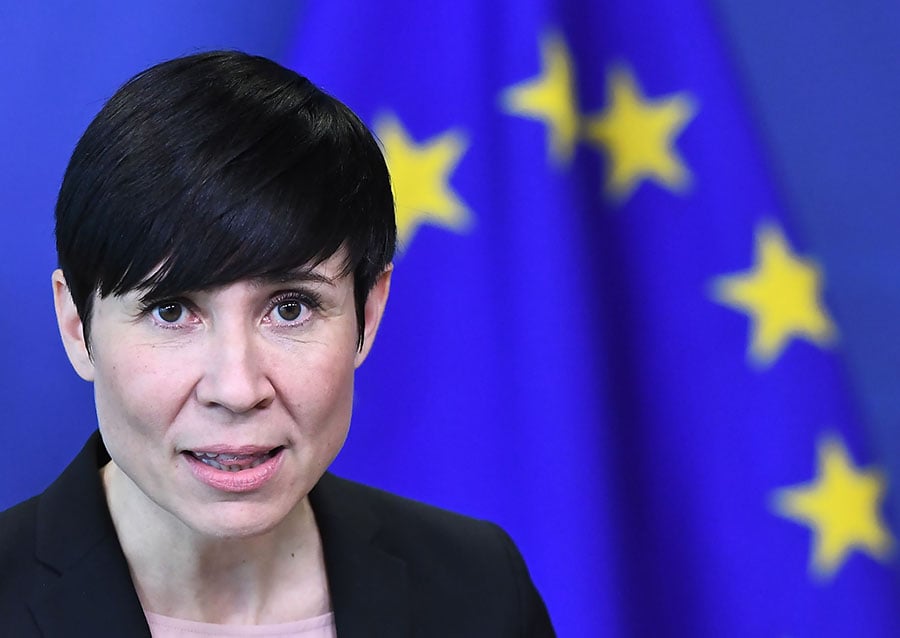 Norway has been engaged in efforts to minimize and eliminate stocks and the use of highly enriched uranium [HEU] and in promoting non-HEU alternatives for more than a decade. We organized the first symposium on HEU minimization in 2006 and a second in 2012.

The International Atomic Energy Agency [IAEA] has been a close and important partner throughout these 12 years, and this symposium is yet another example of our long-standing and close cooperation with our Radiation Protection Authority.

There are at least two reasons why Norway has engaged in efforts to minimize HEU, first, because HEU is a key ingredient of nuclear weapons. The global security environment is challenging. The nuclear disarmament and nonproliferation architecture is under pressure. The U.S. decision to withdraw from the nuclear deal with Iran has made the whole agreement vulnerable. We are concerned about how this decision could affect the future of the nuclear Nonproliferation Treaty [NPT] and the international community's ability to prevent the proliferation of nuclear weapons.

Much is at stake. Last night's news that Iran may intend to increase the capacity to produce uranium hexafluoride and thereby possibly prepare for further enrichment is disturbing. It stresses the need for all parties to continue to show restraint and engage actively to ensure the continued implementation of the Iran accord. Furthermore, North Korea's nuclear program remains a huge challenge, although recent developments may give grounds for cautious optimism.

Reducing our dependence on HEU is important both as part of these efforts and for fulfilling our obligations under the NPT.

Second, minimizing and eliminating stocks and the use of HEU in the civilian sector is equally important as an element of a comprehensive approach to nuclear security. The large quantities of HEU still in use in civilian nuclear facilities pose significant risks.

Sadly, some nonstate actors are willing to use fissile and radiological material for destructive purposes. Their access to such material could potentially have catastrophic consequences. Recent instances of the use of chemical weapons, whether by states or nonstate actors, could undermine norms and the taboo against using weapons of mass destruction in general. Converting to non-HEU alternatives will considerably reduce the risk of nuclear material falling into the wrong hands.

Norway is actively supporting international efforts and collaboration to convert reactors from using HEU to low-enriched uranium [LEU] that still allows civilian facilities to operate at high performance levels. Norway has collaborated with Russia for more than 20 years to prevent nuclear and other radioactive material from going astray.

We have played a part in facilitating the safe transport of spent nuclear fuel, including HEU. Removal of spent nuclear fuel from the former base at Andreeva Bay on the Kola Peninsula began on June 27, 2017. This was an important milestone in our joint efforts to reduce threats to health and the environment in the north.

Today, I am happy to announce that Norway will provide $300,000 in support for the IAEA-led project on conversion of the Nigeria Miniature Neutron Source Reactor so that it can use LEU fuel instead of HEU. This project serves to further the agency's goals of “Atoms for Peace and Development” by contributing to global efforts to reduce the use of HEU in civil nuclear applications. It also supports the Nigerian government in its efforts to promote economic development and to develop a nuclear power program.

Norway is still in possession of a small quantity of HEU, which it has not yet been possible to repatriate. We are now intensifying our efforts to remove this material safely and appropriately. In collaboration with the United States, we will shortly convene an international technical meeting to discuss potential solutions for treating and ultimately removing materials containing HEU that have so far been outside of the scope of current repatriation programs.

Our aim is to make rapid progress in the transition from HEU to LEU for civilian use. This is a matter of the utmost importance for our common security.

Nuclear security is a perfect example of a 21st century security challenge that no one nation can solve alone. We need to act together.