“It will take all of us working together – government officials, and diplomats, academic experts, and scientists, activists, and organizers – to come up with new and innovative approaches to strengthen transparency and predictability, reduce risk, and forge the next generation of arms control agreements.”
– Wendy Sherman
U.S. Deputy Secretary of State
June 2, 2022
Japan Looks to Purchase Cruise Missiles

Japan is moving forward with its plans to purchase mid- to long-range air-launched cruise missiles, which would give Tokyo the capability to conduct pre-emptive military strikes against North Korea. 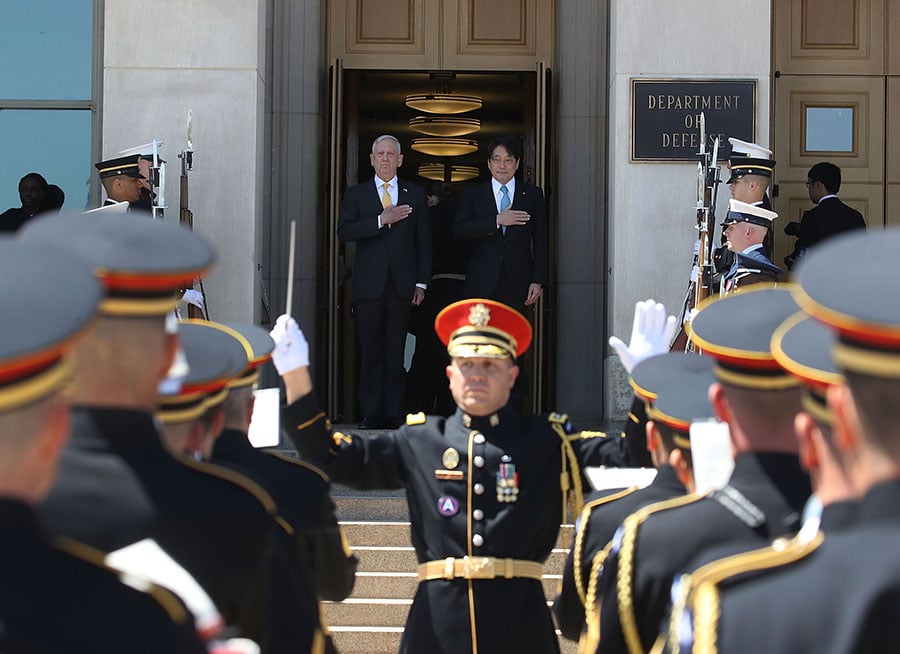 The defense budget for fiscal year 2018, approved at the end of March by the Japanese bicameral legislature, the Diet, included funds to introduce cruise missiles to the country’s overall military capabilities. Defense Minister Itsunori Onodera first officially announced Japan’s intentions to purchase the missiles in December 2017, saying that they would be used exclusively for defense purposes as “stand-off missiles that can be fired beyond the range of enemy threats.”

Japanese lawmakers have been more vocal, however, about the intentions behind the procurement of the new weapons, citing the need for a first-strike capability against North Korea. “It is time we acquired the capability; I don’t know whether that could be with ballistic missiles, cruise missiles, or even the F-35 [fighter jet], but without deterrence North Korea will see us as weak,” said Hiroshi Imazu, a member of Japan’s House of Representatives and chairman of the ruling Liberal Democratic Party’s (LDP) security policy council.

North Korea currently has a self-imposed moratorium on all nuclear and intercontinental ballistic missile (ICBM) tests as a part of its recent effort to diplomatically engage with the Trump administration, but has conducted tests over the Sea of Japan in recent years with multiple missiles landing in the Japanese exclusive economic zone.

The budget allocated 2.2 billion yen ($20 million) for the purchase of the Joint Strike Missile (JSM) for its F-35A stealth fighters and 30 million yen ($270,000) for research on modifying existing Japanese F-15 fighters to be equipped with Long-Range Anti-Ship Missiles (LRASM) and extended-range Joint Air-to-Surface Standoff Missiles (JASSM-ER).

The JSM and LRASM have a range of 500 kilometers (310 miles), and the JASSM-ER can reach targets up to 1000 kilometers away. Compared to the 300-kilometer limit of current Japan Self-Defense Force missiles, the JSM, JASSM-ER, and LRASM could be used to strike North Korean missiles on the launch pad. Additionally, the missiles would have the range to counter strike threats from China, as tensions continue to rise in the East and South China seas.

The purchase of the cruise missiles and the logic behind their use presents a potential legal issue of constitutionality. Written in the wake of World War II, Article 9 of the Japanese Constitution renounces war and the threat of force as a method for resolving international disputes and states that “land, sea, and air forces, as well as other war potential, will never be maintained.”

Japan justifies the maintenance of its current military capabilities by its explicit self-defense purpose. Onodera has asserted that striking a nuclear-tipped missile on an enemy base falls under this category of self-defense if the attack is imminent and “no other options exist,” but the new cruise missiles may be perceived as offensive weapons with more war potential than any other existing Japanese military capability.

According to a 2017 Defense Ministry report, the acquisition of certain types of offensive weaponry is not permissible under any circumstance. But if the Diet approves funding for a new military capability not explicitly prohibited, such as cruise missiles, then it is seen as compatible with the constitution’s requirement of possessing only what is minimally required for self-defense.

Regardless, the cruise missile issue adds to the overall debate in Japan about the need to reconcile actual military capabilities and intentions with constitutional constraints.

Japanese Prime Minister Shinzo Abe has expressed his desire for constitutional changes to explicitly incorporate the defense forces into the document, and in May 2017, he set a goal of doing so by 2020. Abe’s proposed change still would not allow for offensive military actions, but could certainly open the way to a more military-friendly constitution. Amending the constitution would require approval from two-thirds of the Diet and the majority of voters in a referendum.