The historic if brief encounter on June 12 between U.S. President Donald Trump and North Korean leader Kim Jong Un provides a hopeful starting point for the lengthy and arduous process of negotiating the details of denuclearization and the establishment of a peace regime on the Korean peninsula. 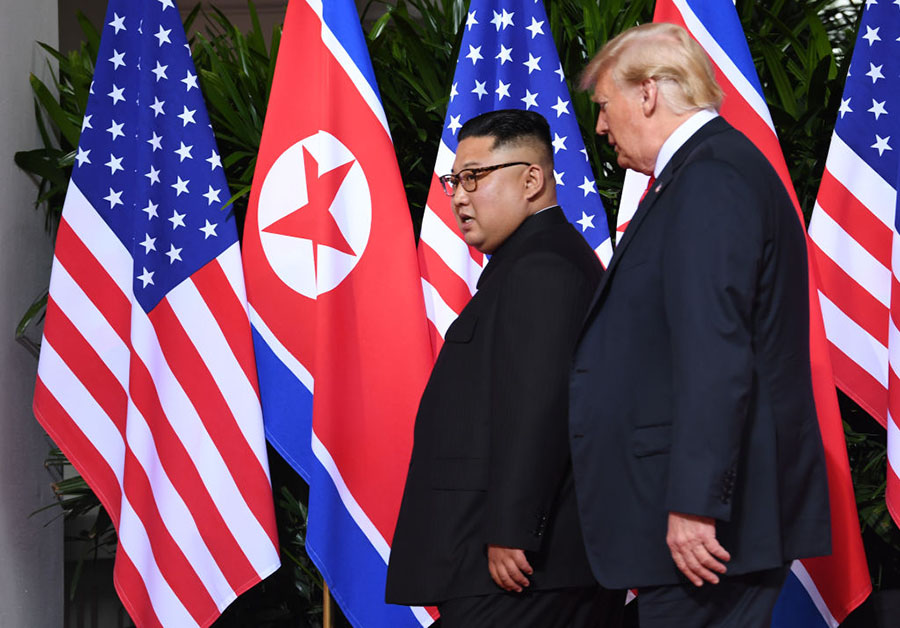 The summit process has certainly eased tensions, but contrary to Trump’s self-aggrandizing claim that there is “no longer a nuclear threat from North Korea,” the reality is that the difficult work of disarmament diplomacy has only just begun.

Denuclearization is no simple task. There is no precedent for a country that has openly tested nuclear weapons and developed a nuclear arsenal and infrastructure as substantial as the one in North Korea to give up its nuclear weapons. North Korea’s nuclear and missile programs involve dozens of sites, hundreds of buildings, and thousands of people. Rapid progress should be the goal, but comprehensive denuclearization will take years.

U.S. Secretary of State Mike Pompeo, in a CNN interview on June 24, hinted that more has been accomplished than the Singapore communiqué revealed. “There are understandings that have been put together prior to the summit…that I think put us on the right trajectory so that we can build out a framework for success,” he said.

With Pompeo expected to make a return trip to Pyongyang soon, the first order of business must be to agree on a framework for ongoing, direct, expert-level negotiations on the details and time frame for action-for-action steps. The process could be coordinated through high-level, three-party consultations involving the United States, South Korea, and North Korea.

An early goal should be to reach a common understanding, in writing, about what denuclearization entails—a crucial detail left out of the Singapore summit joint statement. A good basis would be the 1992 Joint Declaration on Denuclearization by North and South Korea.

Next, the United States will want North Korea to solidify its voluntary nuclear test moratorium by signing the 1996 Comprehensive Test Ban Treaty and expand on its missile testing halt to include an end to new ballistic missile production. It also will be crucial to secure a pledge from North Korea to halt fissile material production. These steps would help ensure that North Korea cannot expand its arsenal while negotiations continue.

Another early goal should be to secure North Korea’s commitment to deliver a full declaration of its nuclear infrastructure, materials, and weapons to be verified later by the International Atomic Energy Agency (IAEA) using guidelines and techniques established by the IAEA Model Additional Protocol for nuclear safeguards.

Further, the two sides will need to agree to a process and a timeline for dismantling North Korea’s stockpile of 10 to 50 nuclear weapons and securing separated fissile material. This work would likely have to be supervised by specialists from nuclear-weapon states in cooperation with North Korean technical experts.

Facilities that are part of North Korea's nuclear complex also would need to be verifiably dismantled or converted to peaceful uses under international supervision. This would be a major undertaking that could build on the experience from U.S. and Russian Cooperative Threat Reduction programs, which helped eliminate excess Cold War-era stockpiles and sites.

The summit communiqué underscores that progress on denuclearization depends on joint “efforts to build a lasting and stable peace regime” on the Korean peninsula. Kim is not going to give up nuclear weapons if he believes doing so will compromise North Korea’s security.

Trump’s postsummit decision to suspend U.S. joint military exercises with South Korea is an important confidence-building measure that may help catalyze further progress. What more can be done and done in a way that improves allies’ security? Key measures might include

The overall goal should be to continue to move as quickly as possible toward halting, reversing, and eliminating North Korea’s nuclear strike potential and away from a worsening crisis involving a growing North Korean nuclear capability and U.S. threats, such as Trump’s “fire and fury” remarks that brought the region to the brink of war in 2017.

Success is far from guaranteed. Yet, the pursuit of disarmament diplomacy with North Korea is far better than
the alternatives.