One year into the unorthodox presidency of Donald Trump, the United States faces an array of complex and dangerous foreign policy challenges that require principled leadership, pragmatism, patience, and smart diplomacy. 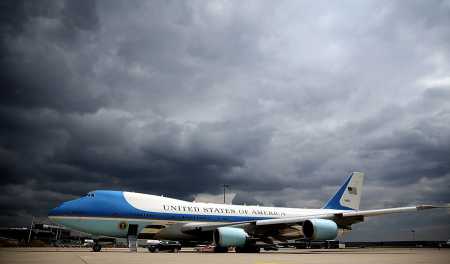 So far, Trump has not exhibited any of these traits. Nevertheless, he will soon make consequential decisions affecting the future of the successful 2015 Iran nuclear deal, the course of the North Korean nuclear crisis, and the potential for renewed strategic nuclear competition with Russia.

Unfortunately, his appointment of the bellicose John Bolton to serve as national security adviser (Trump’s third in 16 months), along with hawkish CIA Director Mike Pompeo as secretary of state, could tilt the malleable president in the wrong direction. The result could be three full-blown nuclear crises.

The Iran deal. By May 12, Trump must extend waivers on nuclear-related sanctions to avoid violating U.S. commitments under the Joint Comprehensive Plan of Action. A decision to not extend the waivers will worsen proliferation risks in the Middle East and undermine U.S. credibility.

Trump has threatened to blow up the Iran deal if European partners do not agree to impose additional missile- and nuclear-related restrictions on Iran. The Europeans have made it abundantly clear they will support additional measures to address Iranian ballistic missile and arms transfers that violate UN Security Council resolutions. But because “a deal is a deal,” they will not seek to renegotiate certain nuclear-related requirements already agreed to under the existing agreement. Unfortunately, Bolton, who has long advocated bombing Iran instead of pursuing a deal to verifiably curb its nuclear program, has said he wants the United States to abrogate the accord with Tehran.

There is no rational reason why Trump, without cause, should trigger another Middle East proliferation crisis. It would be the greatest U.S. foreign policy blunder since the 2003 invasion of Iraq under false claims about weapons of mass destruction.

The argument that the deal can or needs to be “fixed or nixed” is misplaced and dangerous. Common sense suggests the United States should strictly enforce the deal and build on it, rather than scrap it without a Plan B. There is nothing in the deal that constrains the United States and Europe from pursuing a follow-on agreement to reduce Iran’s incentives to expand its nuclear program once certain restrictions on uranium enrichment and fuel cycle activities expire.

North Korea negotiations. Trump’s appointment of Bolton is odd in that Bolton’s policy prescriptions on North Korea run counter to Trump’s stated policy and that of ally South Korea of using sanctions pressure and diplomatic engagement, including a summit with Kim Jong Un, to halt and reverse North Korea's nuclear and missile programs.

In the early 2000s, Bolton was among those in the George W. Bush administration who called for confrontations and ultimatums rather than dialogue with North Korea, an approach that ultimately allowed North Korea to advance its nuclear program and test nuclear weapons.

More recently, Bolton argued that it would be legal for the United States to launch a “preventive attack” on North Korea, which would result in a catastrophic war. Three days before his appointment in March as national security adviser, Bolton said that if the summit takes place, Trump should not offer economic aid nor should the United States offer security assurances to North Korea, the latter being the very basis of Kim’s offer to negotiate about his nuclear weapons program.

Bolton’s formula is a recipe for confrontation and possibly war. Instead, Trump should recognize that his planned summit with Kim, at best, can solidify the suspension of North Korean nuclear and missile testing and launch serious sustained negotiations on steps toward denuclearization and a peace regime on the peninsula.

Avoiding a new arms race with Russia. In the next year or so, Trump will also need to decide whether to engage in talks with Russia to extend the 2010 New Strategic Arms Reduction Treaty (New START), which is due to expire in 2021. Bolton has never supported the treaty, calling it “an execrable deal.”

As U.S.-Russian relations have deteriorated, New START serves an even more important role in reducing nuclear risks, and it continues to enjoy strong support from the U.S. military. Now is the time for the two presidents to agree to extend the treaty for five years, until 2026, which is essential to avoiding an unconstrained arms race. It would also buy time for the two sides to explore new, follow-on approaches to maintain strategic stability at lower nuclear force levels.

Given Trump’s new set of advisers, Congress and U.S. allies will need to play a stronger role to steer him in the right direction and away from avoidable nuclear crises.