The Trump administration is expected to unveil changes to U.S. conventional arms transfer policies and rules that could speed arms exports.

In January, Reuters reported that the administration is working on a “Buy American” plan that would include a push to sell U.S. weapons abroad and steps to amend export controls. Nothing has been publicly presented by the administration, but revisions to presidentially declared conventional arms transfer policies, as well as rules on the exports of firearms and ammunition, are likely to be among the first changes proposed. 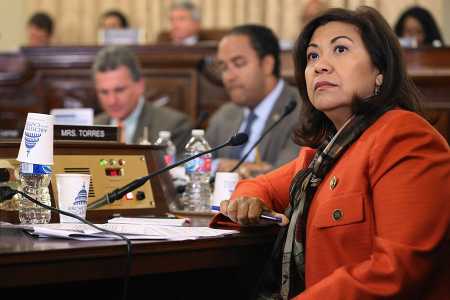 President Barack Obama last updated U.S. conventional arms transfer policies in January 2014 when he issued Presidential Policy Directive 27. (See ACT, March 2014.) The directive set out 10 goals to be considered and a process and set of criteria for making arms transfer decisions. Although the directive does not weigh one goal against another, it does explicitly identify the concept of supporting arms transfer “restraint” as central and refers many times to avoiding transfers to those who would commit or facilitate human rights abuses.

Whether restraint and human rights factors are adequately maintained in a new presidential directive will be closely examined given Trump’s enthusiastic support for arms sales as job generators and his willingness to conclude deals that the Obama administration had withheld due to human rights concerns involving Bahrain, Nigeria, and Saudi Arabia. (See ACT, October 2017.)

The changes may also include revisions to how the United States treats firearms and ammunition exports. An export control reform process during the Obama administration proposed or enacted changes to 18 of the 21 categories of major weapons and technology controlled under the United States Munitions List, administered by the State Department, moving many items to the arguably less-restrictive Commerce Control List, administered by the Commerce Department. A core rationale for this effort was “building higher fences around fewer items,” and those fewer items were ones that tended to be technologically advanced and give the United States a unique military advantage.

Changes to the first three categories, covering firearms, close assault weapons and combat shotguns, and guns and armaments and their ordnance were drafted but never made public. Concerns exist that Commerce Department control could lead to more U.S. weapons ending up in the hands of unintended users, loss of the ability to prosecute arms smugglers, decreased transparency, and lessened congressional oversight of the arms trade. It is anticipated that those changes would soon be published for review.

In September 2017, Sens. Ben Cardin (D-Md.), Dianne Feinstein (D-Calif.), and Patrick Leahy (D-Vt.) wrote a cautionary letter to Secretary of State Rex Tillerson. “Combat firearms and ammunition are uniquely lethal; they are easily spread and easily modified, and are the primary means of injury, death, and destruction in civil and military conflicts throughout the world,” they wrote. “As such, they should be subject to more—not less—rigorous export control and oversight.”

On Jan. 10, Rep. Norma J. Torres (D-Calif.) introduced a resolution that would maintain the existing categorizations. “Our priority should be to make sure that firearms do not end up in the wrong hands,” Torres said, adding that “the responsibility of the Department of Commerce is to promote job creation and economic growth, not assess national security threats.”