Arms control treaties and nonproliferation agreements are mechanisms that nuclear-weapon states and non-nuclear-weapon states alike rely on to help provide transparency, predictability, and stability for regional and global security. In the last year, several elements of this key architecture have come under fire. 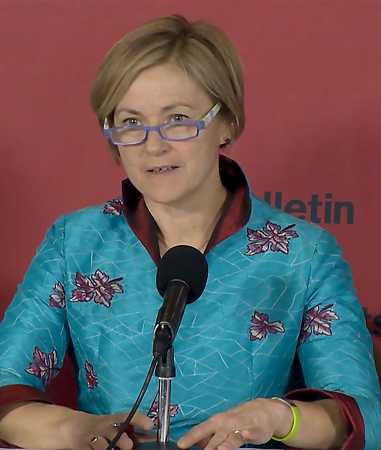 Russian officials consistently have asked to extend the New Strategic Arms Reduction Treaty (New START) for another five years, to 2026, including an early call from President Vladimir Putin to President Donald Trump. Extending that treaty is an easy, positive step to take, but it hasn't been done. The landmark Intermediate-Range Nuclear Forces (INF) Treaty is on the rocks. For four years, both sides have alleged violations, but Russia last year actually fielded a ground-launched cruise missile that violates the treaty. The United States has stated it will remain in compliance, but the NPR puts Russia on notice that the status quo is untenable.

More broadly, the NPR describes the re-emergence of great-power competition and blames Russia for rebuffing U.S. overtures on follow-on negotiations for New START on tactical nuclear weapons. It elevates the reported Russian interest in limited nuclear weapons use to a strategic imperative and concludes that the only response is more U.S. nuclear weapons.

Russia, for its part, has engaged in provocative and illegal behaviors thought to be part of Cold War history. The NPR declares that Russia has not only violated that INF Treaty, but also the Conventional Forces in Europe Treaty, the Budapest Memorandum, the Helsinki accords, presidential nuclear initiatives … the list goes on. In the words of the NPR, the Cold War is over, but its language on tailored deterrence for Russia is as harsh as any during the Cold War.

With U.S.-Russian relations so strained, there is little room for progress anywhere else, which brings us to the Iran nuclear deal. Trump has been consistent in his dislike of the Joint Comprehensive Plan of Action, which puts additional constraints on Iran's capabilities to develop nuclear weapons. In October, Trump did not certify to Congress that Iran was in compliance, but Congress was unable to pass legislation that would provide an alternative approach. Earlier this month, Trump continued to waive sanctions, but called on the Europeans to craft a supplementary deal by May. Trump himself has never offered a single viable alternative. But, so far, he hasn't been willing to unilaterally pull out of the deal as he has threatened. Nonetheless, this is hardly a recipe for stability and predictability going forward.

Other multilateral agreements are in trouble. The nuclear Nonproliferation Treaty turns 50 years old in 2020. Twenty-five years ago, in exchange for the indefinite extension of the treaty, the nuclear-weapon states promised to conclude a nuclear test ban, end the production of fissile material for weapons, reduce reliance on nuclear weapons, and in general, progress toward reducing the risks from nuclear weapons. Well, as you know, the Comprehensive Test Ban Treaty (CTBT) was signed 20 years ago, but it still hasn't entered into force. No longer does the United States promise not to test nuclear weapons until the CTBT enters into force, but instead the new NPR states that the United States will not resume nuclear testing unless necessary to ensure the safety and effectiveness of U.S. nuclear weapons.

Finally, the 2020 review of the nuclear Nonproliferation Treaty will not be pretty, in spite of the conclusion last year of a treaty on the prohibition of nuclear weapons. The International Campaign to Abolish Nuclear Weapons won a Nobel Peace Prize for its efforts related to the ban treaty, and more than 50 states have signed it so far. Nuclear-weapon states, on the other hand, boycotted the negotiations and have rejected it.

We need more than symbolic victories to achieve a safer, more secure future. We need to do more.

Sharon Squassoni is a research professor at the Institute for International Science and Technology Policy in the Elliott School of International Affairs at The George Washington University and is a member of the Science and Security Board of the Bulletin of the Atomic Scientists. The following remarks, edited for space and style, were made at a January 25 news conference announcing the advance of the Bulletin’s Doomsday Clock by 30 seconds to two minutes to midnight, signifying the most dangerous situation since 1953 following the first U.S. test of a thermonuclear device.