“It will take all of us working together – government officials, and diplomats, academic experts, and scientists, activists, and organizers – to come up with new and innovative approaches to strengthen transparency and predictability, reduce risk, and forge the next generation of arms control agreements.”
– Wendy Sherman
U.S. Deputy Secretary of State
June 2, 2022
March 2018 Books of Note 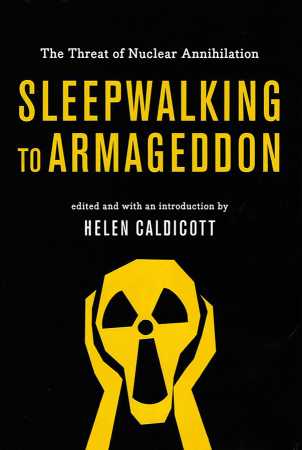 Helen Caldicott, a physician and veteran nuclear disarmament campaigner, has assembled a fresh and wide-ranging set of essays from scientists, scholars, journalists, and activists on the threats posed by nuclear weapons. Caldicott, who helped mobilize a generation of doctors on the public health catastrophe of nuclear war, writes that the volume’s purpose is to provide a wake-up call and a prescription for action for a new generation just beginning to recognize that nuclear dangers persist. The short compositions address nuclear weapons and the consequences of their use, the politics of nuclear weapons, and remedies to alleviate the threat. There are vivid essays from authors Seth Baum, Alan Robock, and Lynn Eden on the effects of nuclear weapons use; works from Michael Klare and Julian Borger on global nuclear flashpoints; three contributions from key leaders of the movement to prohibit nuclear weapons; and a thought-provoking essay by Kennette Benedict on the undemocratic nature of nuclear weapons decision-making. Caldicott’s collection would have been stronger if she had included works that focused on nuclear programs beyond those of the United States and Russia or an essay or two on policy options to further reduce their arsenals and those of the world’s other nuclear actors. Still, Caldicott’s book is an important read for anyone who does not believe that people are, indeed, sleepwalking to Armageddon.—DARYL G. KIMBALL

Stephen J. Cimbala, a distinguished professor of political science at Penn State Brandywine, provides a comprehensive assessment of nuclear weapons issues. The first chapters ask what kind of international system would be most conducive to stability and find that the preferred system would be a world without nuclear weapons. There are, however, myriad obstacles to getting there. Because nuclear abolition may be unrealistic, many have proposed a minimum-deterrence posture, which Cimbala examines in depth. He then poses a question that engenders a paradoxical answer: How can a nuclear war be controlled or limited? The second half of the book ventures more into practical specifics. Cimbala examines nuclear proliferation and U.S. policy options, determines that it is the responsibility of the United States and Russia to forge the way on nuclear issues, and considers the challenges of bringing China into the nuclear arms reduction process. The final chapters explore further challenges of the 21st century, including those facing NATO and those tied to managing a nuclear crisis in the information age.—KELLY SMITS