U.S. President Donald Trump set the stage for a new showdown over Iran sanctions in early May, putting pressure on Congress and Washington’s European partners to take action to address what he describes as “disastrous flaws” in the agreement.

In a Jan. 12 statement, Trump announced that he was waiving sanctions, as required to keep the United States in compliance with the deal, but he coupled that action with an ultimatum by saying he would not reissue the waivers again unless the deal is fixed. The next sanctions waivers are due around May 12. 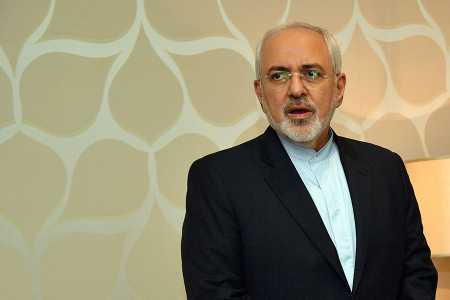 The four “critical components” that Trump wants addressed include tying Iran’s ballistic missile program to its nuclear activities, extending limits on Iran’s nuclear program that are set to expire over time, ensuring Iran never gets close to development of a nuclear weapon, and allowing international inspectors immediate access to any site on request. Trump said that the waived U.S. sanctions should snap back immediately if Iran does not comply with the provisions he is pursing.

Under the terms of the nuclear deal, some limits on Iran’s nuclear program will expire in 10 to 25 years, whereas other provisions are permanent.

The nuclear deal does not address Iran’s ballistic missile program, although the UN Security Council’s endorsement of the agreement declared limits on Iran’s ability to transfer ballistic missiles and components and called on the country to refrain from testing missiles designed to be nuclear capable. The deal does contain provisions outlining a process for International Atomic Energy Agency inspectors to request access to undeclared sites if there are concerns about illicit nuclear activity.

Iranian Foreign Minister Mohammad Javad Zarif said on Jan. 13 that Trump’s statement amounts to a “desperate” attempt to “undermine a solid multilateral agreement” and is itself a violation of the nuclear deal. He called for the United States to come into “full compliance.”

Russian Foreign Minister Sergey Lavrov also rejected the U.S. approach. Moscow will not support any U.S. actions “changing the wording of the agreement,” he said. Russia was one of the P5+1 members (China, France, Germany, Russia, the United Kingdom, and the United States) that negotiated the nuclear deal with Iran, but was not included in Trump’s request for a supplemental agreement.

Leaders from the three European countries that Trump called on to negotiate the “supplemental” agreement with the United States offered in October to work with the administration to address Iran’s ballistic missile program, but rejected any renegotiation of the nuclear deal. (See ACT, November 2017.) Those countries are France, Germany and the United Kingdom.

They did agree, however, to participate in joint working groups that U.S. Secretary of State Rex Tillerson said will address the status of Iran’s nuclear program after certain limits expire and Iranian activities “not related to the nuclear program.”

Tillerson, speaking to reporters during a trip to the United Kingdom on Jan. 22, said that there is a “common view” with the Europeans that these areas need to be addressed. UK Foreign Secretary Boris Johnson only confirmed that the European countries share U.S. concerns about Iran’s ballistic missile program.

The three European countries could work with the United States on the ballistic missile issue if it does not “vitiate the fundaments of the Iran nuclear deal,” Johnson said.

Tillerson said that the administration cannot “set timetables for others” but that the United States is under a deadline from Trump to produce results. An official from one of the three European states told Arms Control Today on Feb. 13 that the United States has not been clear about its expectations for the working groups or the results necessary for Trump to continue to waive sanctions.

Congressional reactions to Trump’s demand that Congress pass legislation to address his four areas of concern were mixed. Sen. Bob Corker (R-Tenn.), chairman of the Senate Foreign Relations Committee, said in a Jan. 12 statement that he was working with the administration on a way to “address the flaws in the agreement without violating U.S. commitments.” Corker said it is an opportunity to reach a “better deal” that will “stand the test of time and actually prevent a nuclear-armed Iran.” He has yet to introduce any legislation.

Sen. Ben Cardin (D-Md.), ranking member of the Senate Foreign Relations Committee at the time of Trump’s announcement, said he was “open to legislation options that would not violate” the nuclear deal and is supported by Europe.

The Limits of Breakout Estimates in Assessing Iran’s Nuclear Program