Since the beginning of the nuclear age, the United States has played a leadership role in global nuclear nonproliferation and disarmament diplomacy to help advance U.S. and international security. Past presidents have actively led efforts to reduce the number and role of nuclear weapons leading to their eventual elimination, a key obligation undertaken by all states under the nuclear Nonproliferation Treaty (NPT).

For decades, U.S. presidents have pursued arms control agreements under difficult circumstances, often when relations with foreign adversaries were at their worst. Dwight Eisenhower pursued a nuclear test ban treaty with the Soviets, and John Kennedy concluded the Limited Test Ban Treaty. Under Lyndon Johnson, the United States led the way on the negotiation of the NPT and initiated strategic arms talks with the Soviets, which opened the way for Richard Nixon, Gerald Ford, and Jimmy Carter to conclude strategic arms limitation treaties. 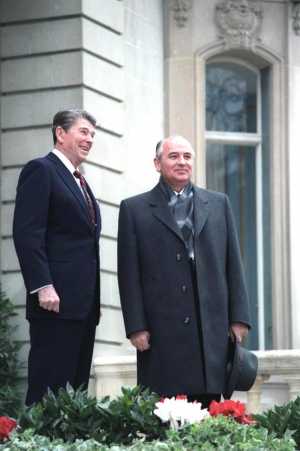 Bill Clinton’s administration convinced three former Soviet republics to give up their nuclear weapons, pushed for the Comprehensive Test Ban Treaty (CTBT), secured the indefinite extension of the NPT, and negotiated a freeze on North Korea’s nuclear program. Even George W. Bush accelerated the pace of U.S. strategic arms reductions under an agreement with Russia. Barack Obama prioritized the negotiation and ratification of the New Strategic Arms Reduction Treaty (New START) and, despite worsening relations with Russia, put enormous effort into the negotiation of the complex deal to curtail and contain Iran’s nuclear program.

Now, citing a “threatening security environment,” the administration of Donald Trump is effectively abandoning the United States' traditional global leadership role on nuclear arms control. At the same time, it is accelerating costly plans to rebuild the oversized U.S. nuclear arsenal, pushing to develop and deploy new nuclear capabilities, and expanding the range of circumstances in which the United States might consider using nuclear weapons.

As Trump explained on Feb. 12, the United States is “creating a brand new nuclear force.... We’re gonna be so far ahead of everybody else in nuclear like you’ve never seen before.” He continued, “Frankly I’d like to get rid of a lot of ‘em [nuclear weapons]. And if they [other nuclear-armed states] want to do that, we’ll go along with them. We won’t lead the way, we’ll go along with them.”

Trump’s passive and aggressive attitude on nuclear matters is fraught with peril. History shows that nuclear risk reduction and proliferation prevention does not just magically happen. It requires persistent, creative, and energetic U.S.-led diplomacy and engagement with adversaries.

But the Trump administration’s newly completed Nuclear Posture Review (NPR) does not offer any new nuclear risk reduction initiatives. Instead, the report meekly states that “the United States will remain receptive to future arms control negotiations if conditions permit.” The report does reiterate U.S. support for the nonproliferation elements of the NPT, but omits any mention of the U.S. disarmament commitments under Article VI of the treaty. Nevertheless, U.S. diplomats gamely claim that Trump “remains firmly committed to nonproliferation” and will continue to abide by the NPT commitments.

The NPR report does not even commit to the extension of New START, which will expire in three years. If the treaty is allowed to lapse in 2021 with nothing to replace it, there will be no limits on U.S. and Russian strategic nuclear forces for the first time since 1972. At a time when U.S.-Russian relations are strained, New START is even more vital for strategic stability and risk reduction. The NPR report also declares, without any explanation, that the United States will not seek ratification of the CTBT, a treaty the United States and 182 other states have signed that has not entered into force. Worse still, the Trump administration is actively undermining the global nuclear nonproliferation regime by threatening to pull out of the Iran nuclear deal if the other parties do not agree to extend indefinitely the current limits on Iran’s nuclear capacity. The better approach is to fully implement the agreement and seek opportunities to build on its nonproliferation value.

Responsible nations do not ignore their legal and political commitments on nuclear arms control, nonproliferation, and disarmament. They cannot afford to undercut effective treaties and miss opportunities to reduce and eliminate nuclear risk, especially now. This applies to U.S. dealings with North Korea, which has finally indicated it is open to direct talks with Washington. This also applies to Russia, which is violating the 1987 Intermediate-Range Nuclear Forces Treaty.

Absent U.S. leadership, other states and the United Nations will need to put forward creative approaches to bring about a cessation of the arms race, draw all nuclear-armed nations into the disarmament enterprise, and reduce the nuclear danger.