The Trump administration is increasing the pressure on Russia over its alleged violation of the 1987 Intermediate-Range Nuclear Forces (INF) Treaty, confirming earlier press reports that its strategy to confront Moscow includes development of a new missile system that if built and tested would violate the accord. 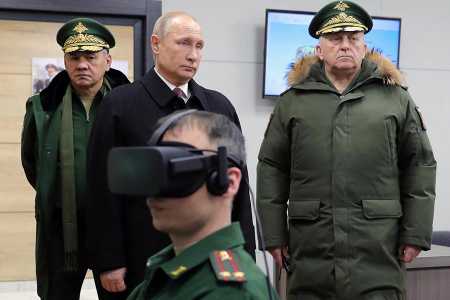 The State Department announced on Dec. 8, the 30th anniversary of the treaty, that the administration is “taking new diplomatic, military, and economic measures intended to induce the Russian Federation to return to compliance and to deny it any military advantage should it persist in its violation.” This action follows a policy review and Russia’s continued refusal to address U.S. compliance concerns.

The department said that beginning research on “concepts and options for conventional, ground-launched, intermediate-range missile systems,” which is not prohibited by the treaty, “will prepare the United States to defend itself and its allies.”

The United States will cease this research if Russia “returns to full and verifiable compliance” with the treaty, the department added.

Russia, which denies it has violated the treaty, responded harshly to the announcement. “It looks like conditions are being set ... for the United States to walk out on” the treaty, Russian President Vladimir Putin said at his annual year-end news conference Dec. 14.

Lawmakers voted in November to require the Defense Department to establish a program to begin development of a new ground-launched cruise missile (GLCM) having a range prohibited by the treaty as part of the fiscal year 2018 National Defense Authorization Act. (See ACT, December 2017.)

Some members of Congress have raised concerns about a tit-for-tat response, arguing that it could lead to a dangerous and unnecessary missile race in Europe. A bipartisan group of 13 senators wrote to the leaders of the Senate Appropriations Committee on Dec. 8 urging them to prohibit the expenditure of fiscal year 2018 funds on a new GLCM. “We believe the development of such a missile would call into question the United States' commitment to uphold” its long-standing obligations under the treaty, they stated in the letter.

Neither the House nor Senate appropriations committee-approved versions of the fiscal year 2018 defense appropriations bill include funding for a new GLCM. Republican and Democratic lawmakers have yet to pass a final spending bill for the current fiscal year.

If the United States decides to deploy the new missiles, development would likely take years and cost several billion dollars. 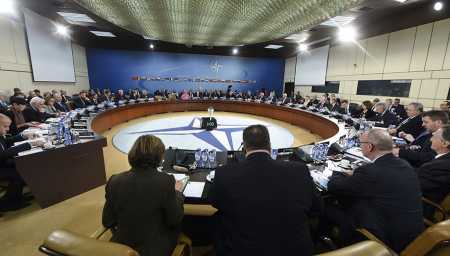 The Trump administration said it will also continue to seek a diplomatic resolution, including through the treaty’s dispute resolution forum known as the Special Verification Commission (SVC), and pursue punitive economic measures against “entities involved in the development and manufacture of Russia’s prohibited cruise-missile system.”

The SVC met for the 31st time in Geneva on Dec. 12-14. It is not clear whether the meeting made progress or whether the parties agreed to meet again.

A State Department press release on Dec. 14 said the parties to the treaty “expressed the view that the INF Treaty continues to play an important role in the existing system of international security, nuclear disarmament and non-proliferation, and that they will work to preserve and strengthen it.”

Since 2014, Washington has accused Moscow of violating its commitment “not to possess, produce, or flight-test” a GLCM having a range prohibited under the pact. In the past year, the Pentagon has alleged publicly that Russia is fielding a noncompliant system.

The INF Treaty requires Russia and the United States to eliminate permanently their nuclear and conventional ground-launched ballistic and cruise missiles having ranges of 500 to 5,500 kilometers.

The Obama administration explored a range of military options to respond to Russia’s alleged violation, but ultimately decided to pursue a broader approach that went beyond its specific concerns about Moscow’s noncompliance with the treaty. (See ACT, January/February 2016.)

In announcing its new approach, the Trump administration for the first time revealed both the U.S. name for the missile of concern, the SSC-8, and the apparent Russian designation, the 9M729.

In a Dec. 9 statement, Russian Deputy Foreign Minister Sergey Ryabkov called the U.S. charges “totally unfounded” and reiterated Russia’s position that the United States is violating the agreement. Washington maintains that it is in full compliance.

Although previous Russian denials have not acknowledged the existence of the missile system in question, Ryabkov said the Trump administration had provided Russia with the name of a “missile research project” but that the missile is compliant with the treaty.

Meanwhile, NATO, which since 2014 has been reluctant to strongly condemn Russia for violating the treaty, said in a Dec. 15 statement that member states had identified a Russian missile system that “raises serious concerns” and called on Russia “to address these concerns in a substantial and transparent way, and actively engage in a technical dialogue with the United States.”

NATO’s actions, “including national measures taken by some allies, seek to preserve the INF Treaty, strengthen the alliance, and incentivize Russia to engage in good faith,” the statement added.