States-parties to the Biological Weapons Convention (BWC), meeting in Geneva on Dec. 4-8, reached a last-minute accord on a substantive three-year work program leading to the 2021 review conference. 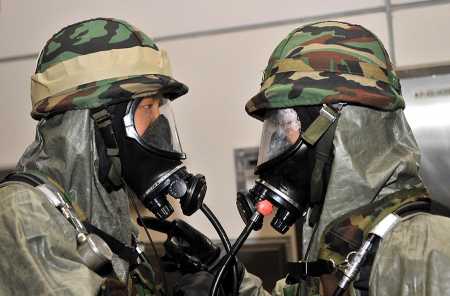 As a result, countries will continue the annual meetings of experts, called intersessionals, conducted since 2003 to consider ways to strengthen the implementation of the global ban on biological and toxin weapons and respond to current challenges. Those issues have become more pressing amid reports that countries such as North Korea, a party to the convention, may have obtained equipment and materials to conduct an advanced bioweapons program, although some experts caution this cannot be verified.

Because states-parties failed to agree on such an intersessional work program at the BWC review conference a year ago, many countries anticipated that the December meeting likewise would be unable to reach consensus. Among the obstacles, Iran had insisted that states should return to negotiating a verification protocol. Those talks ended in 2001 when the United States claimed that the protocol would not strengthen BWC compliance and could harm U.S. national security and commercial interests.

Other nonaligned states and China at the 2016 review conference also supported returning to protocol negotiations, but did not insist on it as a condition for intersessional work. Many countries emphasized the importance of reviewing the rapid advances in science and technology, in particular gene editing; and China, Brazil, and others supported a code of conduct and export control regime.

Under the widely praised chairmanship of Amandeep Gill, India’s representative to the Geneva-based Conference on Disarmament, states-parties worked out an intricate framework for discussing the issues on which they have sharply differing views. They decided to set up separate expert groups on the following five key issues:

At the beginning of the meeting, many countries supported a proposal from Russia, the United Kingdom, and the United States on elements for an intersessional program. This was significant because the three depositary countries had not submitted a joint document for more than 10 years due to their widely divergent views. In an effort to achieve compromise, they proposed working groups on science and technology, national implementation, international cooperation, and preparedness, response, and assistance. The groups and states-parties would meet for up to 15 days each year.

Some of the exchanges were rather harsh. Mohsen Naziri Asl, permanent Iranian ambassador to the UN organizations in Geneva, noted that since the protocol negotiations were “blocked” in 2001, “strengthening of the convention has yet become captive [to the] policy of one party.” He further stated that “discriminatory measures” would limit the transfer of equipment, materials, and scientific and technological knowledge, as well as the capacity for state-parties to benefit from new advances in bioscience and biotechnology.

Jorge Valero, Venezuela’s permanent representative to the United Nations Office in Geneva, opened the door slightly to compromise. He stated on behalf of the Non-Aligned Movement (NAM) that although the NAM considers that negotiation on a legally binding agreement is “the only sustainable method” of strengthening the BWC, the group recognizes the “value of the intersessional ad-hoc mechanism for promoting the objectives of the convention.”

Robert Wood, U.S. special representative for BWC issues, noted that the December meeting was the only chance to find a way to make substantive progress until the next review conference in 2021. “If we do not, we abdicate our responsibilities,” he said. “We must continue to combat the threat of biological weapons in spite of whatever differences may exist between us.”

By the third day of the five-day meeting, when there was no agreement in sight, Mikhail Ulyanov, director of the Russian Foreign Ministry’s nonproliferation and arms control department, claimed, “There are almost no agreed mechanisms to contribute to the implementation of the provisions of the convention, and this clearly indicates where we must focus our efforts.”

Asserting that countries needed to find some common ground in the next 48 hours or there would be no tangible work on the BWC for the next three years, he said he was prepared to seek a compromise. “Otherwise, we will have failed in our efforts, and I would very much like to avoid that,” Ulyanov said.

When agreement was finally reached on the five topics, states decided that the meetings of experts and meetings of states-parties will be held for 12 days in each of the three years prior to the ninth review conference in 2021. Chairmanship of the meetings will rotate among the Western, Eastern European, and nonaligned groups of states.

Each meeting of experts and meeting of states-parties will report to the review conference, which will consider future action. If the states had failed to agree on an intersessional program, there was concern that smaller groups of countries would deliberate issues outside of the BWC framework, which would diminish the convention’s relevance. Agreement to continue work in an intersessional framework is seen as recognition of the importance of keeping the 1972 BWC current.

With the addition of Samoa, BWC membership totals 179 countries. Israel and Namibia, which have not signed or ratified the convention, participated in the meeting as observers, while Syria and Tanzania, which have signed but not ratified, participated without the right to vote. States-parties noted that overdue assessments and new UN financial rules have created serious difficulties for funding the meetings of the BWC and the three members of the UN staff, called the Implementation Support Unit, who face short-term contracts with no promises of renewal. The states-parties requested that the chairman of the December meeting prepare a paper on measures to ensure financial sustainability.