Turkey and Russia signed an agreement for Moscow to supply Ankara with advanced S-400 surface-to-air missile batteries, according to a Dec. 29 Turkish government statement. The deal is controversial because Turkey is a NATO member and normally would buy weapons from allied-country suppliers that could be integrated with NATO’s defense architecture. 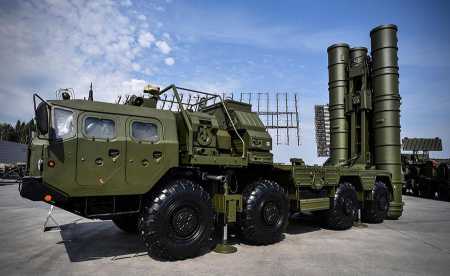 The deal reportedly is valued at $2.5 billion and has been in the works for more than a year, Reuters reported. On Dec. 27, Sergey Chemezov, head of the Russian state conglomerate Rostec, told the Kommersant that Russia would supply Turkey with four S-400 batteries. In a statement, Turkey’s Undersecretariat for Defence Industries said that an initial delivery is planned for the first quarter of 2020. The Turkish government said the deal covers two S-400 batteries, with one being optional, and added the systems would be used and managed “independently” by Turkish personnel, rather than Russian advisers, according to Reuters. Turkish newspapers cited President Recep Tayyip Erdoğan as saying Turkey would get a Russian loan in rubles to help finance the purchase. Russia’s English-language RT news service headlined the deal as a “Blow to NATO?”

The Russian state-owned news agency Tass reported in December that Moscow is close to a deal for Saudi Arabia, another U.S. ally, to buy the S-400 system. A sale to India is also close to completion, according to Russian officials cited by Tass.—TERRY ATLAS