At the annual meeting of the UN Convention on Certain Conventional Weapons (CCW), delegates from 91 states agreed to continue formal deliberations on the use of lethal autonomous weapons systems, the technology often popularly called “killer robots,” at two conferences this year. 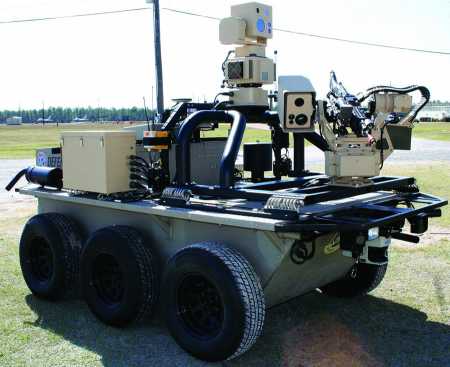 The first meeting of the CCW group of governmental experts on these systems, which included interested states-parties and civil society groups, met on Nov. 13-17 in Geneva to discuss the topic for the first time in a formal session. Annual informal meetings of experts had been convened to discuss the systems from 2014 to 2016. The fifth review conference of the CCW in December 2016 established a formal group to meet in 2017 with a mandate to “explore and agree on possible recommendations” regarding the emerging technologies. (See ACT, January/February 2017). The experts group decided to extend its mandate and hold two more one-week sessions this year. The full conference of the CCW, which met in Geneva on Nov. 22-24, affirmed that decision.

Many nongovernmental groups advocating for a ban on lethal autonomous weapons systems welcomed the extension, but expressed frustration at the lack of progress in negotiating any legal instruments despite growing concerns among civil society groups, scientists, and parliamentarians. The Campaign to Stop Killer Robots, an international coalition, said in a Nov. 24 statement that it “remains disappointed that all countries seem able to do is roll-over the previously agreed mandate and meet for just 10 days during 2018. This decision does not reflect a sense of urgency.”

According to the group, 22 states now support a legally binding instrument to pre-emptively prohibit these systems before they are deployed by any states. China, Israel, Russia, the United Kingdom, and the United States are among the countries developing the technology.—MACLYN SENEAR