“It will take all of us working together – government officials, and diplomats, academic experts, and scientists, activists, and organizers – to come up with new and innovative approaches to strengthen transparency and predictability, reduce risk, and forge the next generation of arms control agreements.”
– Wendy Sherman
U.S. Deputy Secretary of State
June 2, 2022
Trump’s More Dangerous Nuclear Posture

Just one year ago, Vice President Joe Biden delivered an address touting the progress achieved during the Obama years to reduce the salience and number of nuclear weapons and curb their spread.

Biden argued that “given our non-nuclear capabilities and the nature of today’s threats, it’s hard to envision a plausible scenario in which the first use of nuclear weapons by the United States would be necessary. Or make sense. President Obama and I are confident we can deter and defend ourselves and our allies against non-nuclear threats through other means.” 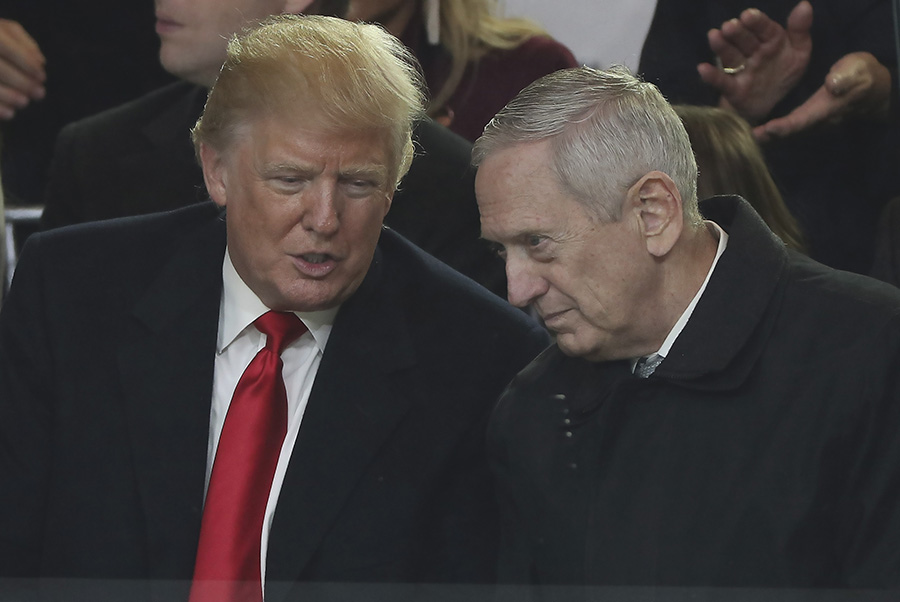 What a difference a year makes. Since coming into office, President Donald Trump has quipped about expanding U.S. nuclear capacity and threatened North Korea with “fire and fury like the world has never seen.” He has disparaged the New Strategic Arms Reduction Treaty and approved work on a new missile that if tested and built would violate the 1987 Intermediate-Range Nuclear Forces Treaty with Russia.

The Obama administration’s 2010 nuclear strategy asserted that the “fundamental purpose” of the U.S. nuclear arsenal is to deter or respond to a nuclear attack and the United States will only consider the use of nuclear weapons in “extreme circumstances.” But early indications suggest the new NPR will expand the contingencies that could lead to the use of nuclear weapons.

But nuclear weapons are unlike any other weapons. The use of even a small number of these weapons would be catastrophic. Threatening nuclear attack to counter new kinds of “asymmetric” threats is unnecessary, would increase the risk of nuclear weapons use, and would make it easier for other countries to justify excessive roles for nuclear weapons in their policies.

Soofer said that the strategy “will require a broad range of forces of various ranges, various yields…which can defeat Russia’s and China’s nuclear strategy.” The new administration will likely seek to accelerate and bolster the already unaffordable, 30-year, $1.3 trillion scheme to replace and upgrade all elements of the U.S. nuclear triad and supporting infrastructure at force levels that exceed requirements set by the 2010 NPR Report and follow-on studies.

That is dangerous, Cold War thinking. The United States already possesses a diverse array of nuclear capabilities, and there is no evidence that more usable weapons will strengthen deterrence of adversaries or compel them to make different choices about their arsenals.

Moreover, once nuclear weapons are used in a conflict against another nuclear-armed adversary, even in small numbers or in a regional conflict, there is no guarantee against a cycle of escalation leading to all-out global nuclear war.

There are also signs that the Trump administration is seeking to erode the global taboo against nuclear explosive testing, even though Secretary of State Rex Tillerson acknowledged in January 2017 that the nuclear test moratorium “has served us well.”

The Trump administration’s fiscal 2018 Stockpile Stewardship and Management Plan reports that “there is no current requirement to conduct an underground nuclear test to maintain certification of any nuclear warhead,” but it also says that “the fundamental approach taken to achieve test readiness has also changed.” The new plan dramatically shortens the timeline for a “simple [nuclear] test” to six to 10 months from the previous 24- to 36-month requirement.

These changes imply that the weapons designers are anticipating that more complex refurbishments of existing warheads might require nuclear explosive testing. Furthermore, if new designs are pursued, nuclear testing is more likely.

The Trump plan argues that the United States is falling behind in the arms race. In reality, there is no new “missile gap.” The U.S. arsenal is intimidating enough to deter a nuclear attack by others. As Gen. Paul Selva, the vice chairman of the Joint Chiefs of Staff, noted in March 2017, Russia and China continue to modernize their nuclear forces, but the United States has a “qualitative advantage.”

Rather than escalate tensions with Russia and accelerate the global technological arms race, the United States needs to show more responsible nuclear leadership. It will be up to Congress, U.S. allies, the international community, and ultimately the U.S. public to ensure that Trump’s radical nuclear plans do not become the tipping point toward a new and more dangerous Cold War 2.0.