President Barack Obama headed into the final days of his presidency with an unfinished nuclear weapons risk-reduction agenda. But as he prepared to hand off control of the nuclear arsenal to President-elect Donald Trump, his administration announced a further reduction to the U.S. nuclear-weapons stockpile.

In a Jan. 11 speech at the Carnegie Endowment for International Peace, Vice President Joe Biden revealed that the administration had removed 553 reserve warheads from the military stockpile during the past year, reducing the arsenal to 4,018 warheads. Overall, the administration reduced the stockpile by more than 1,000 warheads since taking office in 2009. In periodically making public the warhead numbers over the past eight years, the Obama administration has been more open about the size of the nuclear stockpile than any previous administration.

The decision to retire additional reserve warheads came after Obama and his national security team for months had discussed measures to advance the nuclear risk-reduction goals the president first outlined in his April 2009 address in Prague. 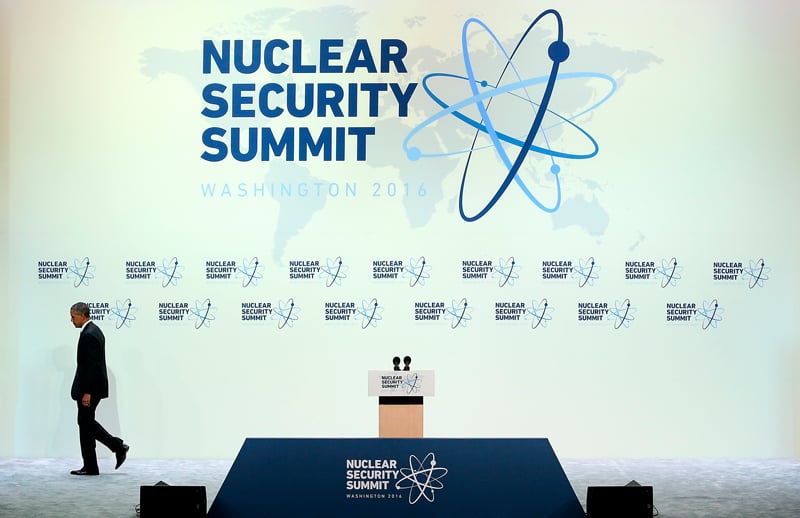 Obama delivered his first major foreign policy address as president on nuclear disarmament and nonproliferation in Prague on April 5, 2009. The speech outlined his vision for strengthening global efforts to curb the spread of nuclear weapons and moving forward on practical, immediate steps “to seek the peace and security of a world without nuclear weapons.”

The administration has highlighted progress in the areas of nonproliferation, the security of nuclear weapons-usable materials, and disarmament over the past eight years. These include securing vulnerable nuclear materials around the world through the nuclear security summit process, measures to reduce the role of nuclear weapons in U.S. policy, the negotiation and U.S. Senate approval of the 2010 New Strategic Arms Reduction Treaty (New START), and the July 2015 nuclear agreement with Iran.

But other key administration priorities, such as stopping the advance of North Korea’s nuclear and ballistic missile programs, achieving further reductions beyond New START, and ratifying the Comprehensive Test Ban Treaty (CTBT), have not been fulfilled.

In remarks June 6 at the Arms Control Association’s annual meeting in Washington, Benjamin Rhodes, assistant to the president and deputy national security adviser for strategic communications, disclosed that the president was reviewing a variety of proposals on nuclear weapons for possible action before the end of his presidency. (See ACT, July/August 2016.) “[O]ur work is not done on this issue,” he said.

The different categories of options under consideration included further reductions in the U.S. stockpile of nondeployed, or reserve, nuclear warheads; “additional steps” to lessen the role of nuclear weapons in U.S. policy and reduce the risk of inadvertent nuclear use; reaffirming the “international norm against” nuclear explosive testing; and putting “more nuclear material under appropriate monitoring,” he said.

In addition, Rhodes said the president would continue to evaluate current plans to ramp up spending in the coming years to maintain and modernize U.S. nuclear weapons and decide whether to “leave the next administration” with recommendations on how to “move forward.”

“Our administration has already made plain our concerns about how the modernization budget will force difficult trade-offs in the coming decades,” Rhodes said.

The review did result in actions in a few of those areas. In addition to reducing the warhead count, the United States introduced a resolution in the UN Security Council in September that urged the eight countries that have yet to ratify the CTBT to do so “without further delay” and called on all states to refrain from conducting nuclear tests, emphasizing that current testing moratoria contribute to “international peace and stability.” (See ACT, October 2016.)

The Security Council approved the resolution, the first of its kind to specifically support the CTBT, by a 14-0 vote, with Egypt abstaining. A total of 42 countries, including Israel, co-sponsored the resolution, which comes 20 years after the treaty was opened for signature.

In addition, U.S. Energy Secretary Ernest Moniz announced at an International Atomic Energy Agency meeting on nuclear security in December that the United States is “embarking on an effort to dilute and dispose of approximately six metric tons of excess plutonium” and is consulting with the IAEA on agency monitoring and verification of the process (See ACT, January/February 2017). 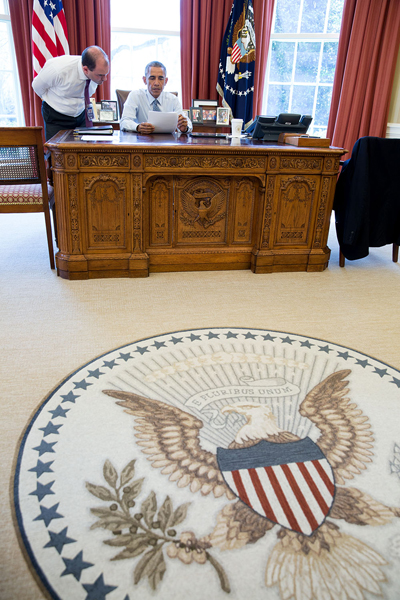 Yet, no action was taken on most of the options Rhodes said were under consideration. “We did not accomplish all that we hoped,” Biden said.

News reports last summer and fall indicated that the administration considered adjusting U.S. nuclear declaratory policy to state that the United States will not be the first to use nuclear weapons in a conflict. Washington retains and has always retained the option to use nuclear weapons first in extreme circumstances, even if the United States or an ally has not suffered a nuclear attack.

Biden said that both he and Obama strongly believe that the sole purpose of U.S. nuclear weapons should be to deter a nuclear attack against the United States or its allies. But Obama reportedly decided not to adopt a no-first-use policy due to concerns expressed by some members of his cabinet and close U.S. allies.

The president also considered reducing the number and diversity of deployed strategic nuclear weapons, according to a September 2016 article in The Guardian newspaper.

Obama, with the support of the Defense Department, determined in 2013 that the United States could reduce the size of the deployed arsenal by up to one-third below the New START limit of 1,550 deployed strategic warheads. Yet, the president did not unilaterally cut the size of U.S. forces. Rather, he invited Russia to negotiate a further one-third reduction of each country’s strategic nuclear arms, an offer that Moscow has repeatedly rebuffed.

Although Rhodes in June had expressed concern about the affordability of the nuclear modernization plans, a senior administration official praised the current plans for the nuclear weapons and related infrastructure, which could cost more than $1 trillion over the next 30 years, in a Jan. 4 email to Arms Control Today. “[W]e’re sustaining deterrence by taking steps to ensure that all three legs of our nuclear triad do not age into obsolescence,” the official said.