The world lost one of its most insightful, articulate, and important scientist-arms controllers of the past half century when Sidney D. Drell died on Dec. 21 in Palo Alto, California, due to complications from pneumonia. He was 90.

For more than five decades, Drell was an energetic, principled, and influential adviser for the executive and legislative branches of government. His work contributed to a more rational U.S. nuclear policy and concrete steps to reduce nuclear dangers. 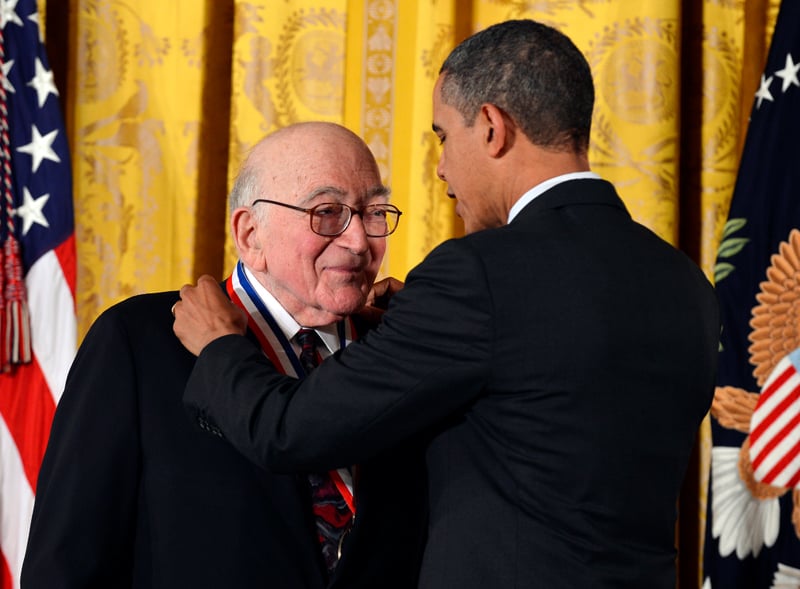 “Sid preferred to work quietly behind the scene to build consensus for policies that would reduce reliance on nuclear weapons, but he spoke truth to power and never ran away from a showdown,” according to long-time friend and collaborator James Goodby.

Born in 1926 in Atlantic City, New Jersey, Drell graduated from Princeton University in 1946. He then studied theoretical physics at the University of Illinois, completing his doctorate in 1949. After teaching stints at the Massachusetts Institute of Technology and Stanford University, he settled at Stanford in 1956. There, he played a key role in the development and work of the Stanford Linear Accelerator Center (SLAC). Drell served as SLAC’s deputy director from 1969 until retiring in 1998. He also co-founded and taught at Stanford’s multidisciplinary Center for International Security and Arms Control and was president of the American Physical Society in 1986.

Beginning in 1960, Drell became involved on key defense policy questions, particularly those relating to managing and reversing the accelerating nuclear arms race. That summer, he was recruited to become an original member of JASON, a group of leading scientists who provide advice to the government.

Drell became a foremost advocate for Soviet dissident and fellow physicist Andrei Sakharov, whom he met at a conference in 1974. Drell admired Sakharov’s courage in speaking out for human rights and nuclear disarmament. They struck up a friendship and continued to correspond until Sakharov’s death in 1989.

Drell served on science and defense technology advisory committees during the Kennedy, Johnson, and Nixon administrations and later for the Los Alamos National Laboratory. He also served on President Bill Clinton’s Foreign Intelligence Advisory Board.

Although Drell’s advisory work supported the maintenance of nuclear deterrence, he acknowledged he was not completely comfortable with the concept. He believed that nuclear weapons had helped get the West through the Cold War, but he agreed with the moral logic of the National Conference of Catholic Bishops 1983 Pastoral Letter, which argued that “deterrence cannot be accepted as ‘an end itself.’”

Through the years, Drell contributed technical expertise for U.S.-Soviet arms limitation agreements, the Comprehensive Test Ban Treaty, and more accurate arms control verification and monitoring. In the early 1990s, Drell and the JASON group provided key technical advice that undergirded the decisions not to continue U.S. nuclear testing and to pursue and adopt a true “zero-yield” test ban, and helped shape the current strategy of science-based stockpile stewardship.

Drell consistently argued against nuclear first-strike concepts and “more usable” nuclear weapons and, following the end of the Cold War, pushed for deeper, verifiable nuclear cuts. Along with Goodby, he authored a report in 2005 outlining the rationale for a U.S. force reduced to 500 operationally deployed nuclear weapons by 2012.

Like other leading scientists who came to recognize the grave perils of the bomb, Drell understood the value of an informed and mobilized public. In 1983, he wrote that matters of nuclear weapons and policy are “too important to be left to the experts…. All of us are the targets of these undiscriminating weapons of mass destruction. There is, therefore, no excuse for us not to constitute an informed and an effective public constituency insisting on the imperative of arms control.”

Drell was a key leader of the Arms Control Association, serving on the Board of Directors from 1978 until 1994, and he continued to generously provide his advice and support until his last days. In the last decade of his life, he was also an important catalyst and adviser for the influential 2007 call to action by George Shultz, Henry Kissinger, Sam Nunn, and William Perry for a “world free of nuclear weapons” and the joint work they did to promote their proposals.

Drell is survived by his wife, Harriet, and his children, Daniel, Persis, and Joanna.

When I saw him last spring, along with Shultz, at their Hoover Institution office at Stanford University, he was clearly frustrated that more of the actions outlined by the group had not been achieved. But he was still optimistic. He said that although progress may have slowed, “the key is to stay on the path” toward a world without nuclear weapons and “keep pushing things in the right direction.”

Clearly, it will be more difficult to do so without him. As Secretary Perry said on Jan. 3, “The world lost a powerful voice of reason on nuclear issues with the passing of Sidney Drell.”