The State Department in December notified Congress of more than a dozen potential, major conventional arms deals totaling more than $12 billion under the Foreign Military Sales program. These include $9.5 billion in sales to Middle Eastern countries that include upgrading more than 200 Abrams tanks for Kuwait, providing more than three dozen Apache attack helicopters to the United Arab Emirates, and supplying 48 Chinook cargo helicopters to Saudi Arabia. 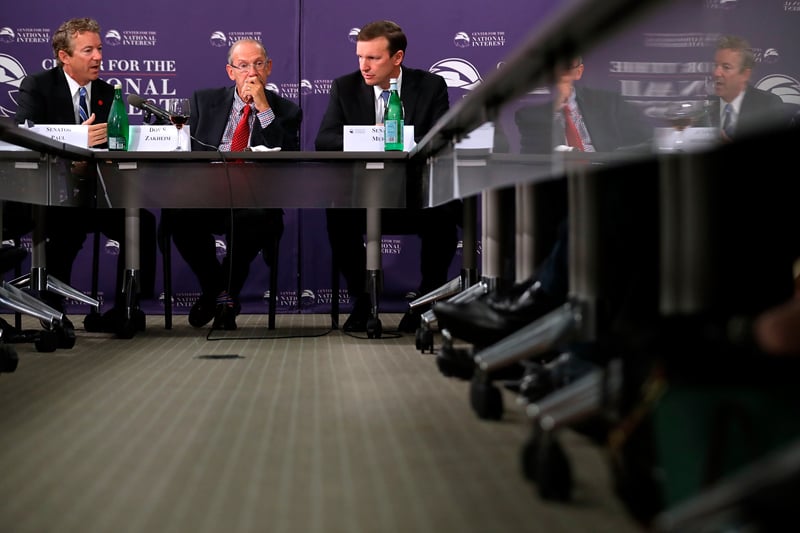 Although the late-term notifications of the prospective sales did not draw significant congressional opposition, sales to Saudi Arabia have been controversial given the conduct of the Saudi-led military coalition in its war in Yemen, during which hospitals and civilian areas have been bombed. In September, more than a quarter of U.S. senators voted to block a $1 billion tank deal for Riyadh. Although their efforts were unsuccessful, such strong opposition is rarely seen because sales are vetted by Senate leaders prior to public notification. (See ACT, October 2016.)

Concerns over Saudi bombings led the Obama administration to halt sales of precision-guided air-dropped weapons to the kingdom, Reuters reported on Dec. 13. The administration did not suspend other sales or the refueling of coalition warplanes. In May, the administration suspended transfers of cluster munitions to Riyadh. (See ACT, October 2016.)

U.S. Sens. Chris Murphy (D-Conn.), Rand Paul (R-Ky.), Al Franken (D-Minn.), and Mike Lee (R-Utah), who had opposed the tank sales, welcomed the other restrictions in statements Dec. 15. Paul said he was pleased to see the administration “respond to growing pressure over its arms sales to Saudi Arabia.” Murphy said it was “the right call” and added that “if we are concerned about U.S.-supplied bombs being dropped on civilians, we should also stop refueling the Saudi planes that are flying those missions.”

Saudi Arabia, a key U.S. ally, was the developing world’s top arms purchaser during 2008-2015, with agreements totaling more than $93 billion, according to an annual Congressional Research Service report released in December. The United States remained the world’s top arms seller, accounting for more than half of all global sales agreements in 2015 and nearly two-thirds of agreements with Saudi Arabia over the 2008-2015 period covered by the report.

Also in December, the White House transmitted the Arms Trade Treaty (ATT) to the Senate with a message from President Barack Obama recommending “that it give its advice and consent to ratification.” On the same day, Dec. 9, Senate Foreign Relations Committee Chairman Bob Corker (R-Tenn.) reiterated his opposition, alluding to “an array of concerns with Second Amendment rights” and saying “it will remain dead in the water.”

Thomas Countryman, acting undersecretary of state for arms control and international security, wrote in an official blog post Dec. 20 that the ATT has nothing to do with restricting U.S. gun rights, an issue raised by opponents that has made the ATT a nonstarter for many Republican lawmakers and some Democrats. The accord “deals strictly with the international transfer of conventional arms,” said Countryman, who led the U.S. delegation that negotiated the treaty. He reiterated the Obama administration’s contention that the treaty “is fully consistent with the domestic rights of U.S. citizens, including those guaranteed under the Second Amendment to the U.S. Constitution.”

The treaty, which the United States signed in September 2013, now has 91 states-parties, including 25 of NATO’s 28 members. It requires the establishment of national export control systems, as well as assessments of whether exported arms would “contribute to or undermine peace and security” or could be used to commit or facilitate serious violations of international humanitarian or human rights law, acts of terrorism, or transnational organized crime.

Although official treaty meetings have generally skirted discussion of arms sales to Saudi Arabia despite civil society arguments that they violate the treaty, a U.K. legal case to be heard in February could have broader implications on treaty implementation if the court finds the sales illegal. (See ACT, October 2016.)