The UN Security Council voted unanimously to impose the harshest sanctions yet on North Korea, including a reduction in a major source of hard currency, as it continues to conduct prohibited nuclear testing. 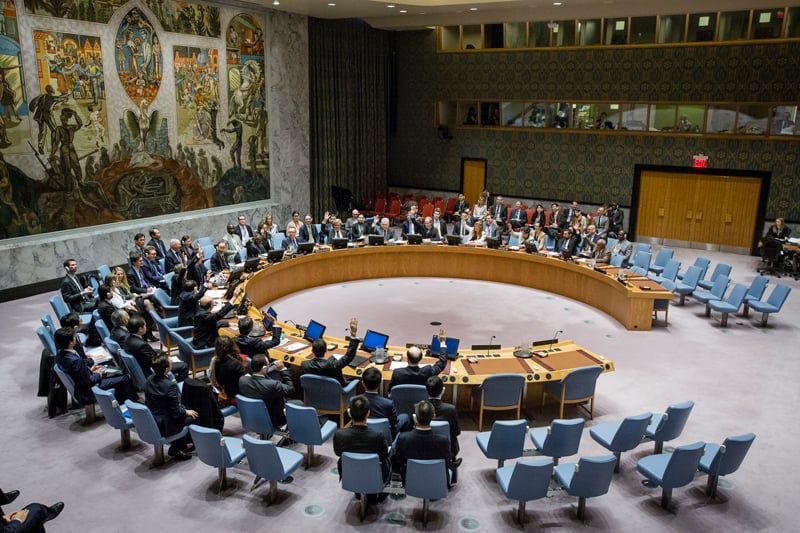 The new sanctions include a cap on North Korean coal exports, a major source of hard currency, to reduce shipments by $700 million, or more than 60 percent. By setting a dollar value and tonnage limit on coal exports, the resolution closes the loophole in previous sanctions, which allowed unlimited coal exports for “livelihood purposes.” The new sanctions also ban the export of nonferrous metals, including copper, silver, and zinc, which provide $100 million a year to the regime, and the export of monuments, which are large authoritarian-style statues particularly popular among African leaders, which generates tens of millions of dollars in sales. The resolution expands by 18 items the list of prohibited imports by North Korea of dual-use items that have applications for weapons of mass destruction.

“The sanctions are the latest step in our ongoing efforts to convince North Korea that the only path to economic development and international recognition it claims to seek is by returning to credible negotiations on denuclearization,” Joseph Yun, the U.S. State Department special representative for North Korea policy, said after meeting Dec. 13 with Japanese and South Korean officials.

North Korea scoffed at the resolution. “There will be no greater miscalculation than to think that [U.S. President Barack] Obama and his henchmen can use cowardly sanctions racket to try to force us to give up our nuclear armament policy or undermine our nuclear power status,” the North Korean Foreign Ministry said in a statement reported Dec. 1 by the Korean Central News Agency.

China, as North Korea’s largest trading partner, plays a critical role in determining the success of sanctions. In compliance with Resolution 2321, China announced Dec. 11 that it would halt all coal imports from North Korea through the end of the year.

Sanctions alone will not curb North Korea’s nuclear weapons development, said Joel Wit, a senior fellow at the U.S.-Korea Institute at Johns Hopkins School of Advanced International Studies, at a Dec. 14 press briefing. He argued for a larger strategy of coercive diplomacy, of which the measured escalation of sanctions are one component.

Samantha Power, U.S. ambassador to the United Nations, also acknowledged the limitations of UN sanctions. “No resolution in New York will likely, tomorrow, persuade Pyongyang to cease its relentless pursuit of nuclear weapons,” she said when the Security Council measure was adopted.