The Nuclear Suppliers Group (NSG) is considering a set of draft criteria to guide membership applications from states that are not party to the nuclear Nonproliferation Treaty (NPT), according to a document obtained by Arms Control Today in December.

The NSG, which currently has 48 member states, sets guidelines for nuclear trade so that the exports do not contribute to proliferation. The NSG is not a formal organization, and its guidelines are not binding. Decisions, including on membership, are made by consensus. 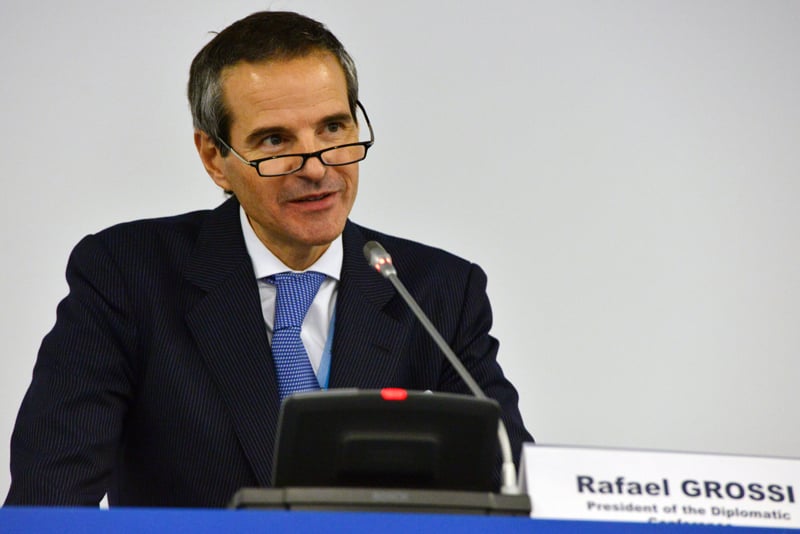 At the NSG plenary meeting in June, member states designated Rafael Mariano Grossi, an Argentine diplomat and outgoing chair of the group, to lead consultations on a draft document that provides a “basis for the commitments and understanding to augment the applications of the non-NPT applicants.”

This occurred after India, a non-NPT state, was not accepted for membership in June 2016. Several states supported a criteria-based approach for determining membership for non-NPT states such as India and Pakistan.

The NSG issued a statement in June saying it held discussions on “technical, legal and political aspects” of NSG participation by non-NPT states, and that those talks would continue. (See ACT, July/August 2016.) NSG members have consulted with Grossi since June.

Current NSG guidelines include the prohibition of exports to countries that do not open all nuclear facilities to international inspections, such India and Pakistan, which possess military and civilian nuclear facilities. In 2008, however, the NSG agreed to exempt India from that provision, and in 2010, the United States endorsed India’s bid for membership in the organization.

A Pakistani Foreign Ministry spokesman said on Dec. 28 that the document has not been shared with Pakistan but that reports indicate that the criteria seek “to propose the 2008 NSG exemption for India” that would be “clearly discriminatory and would contribute nothing in terms of furthering the non-proliferation objectives of the NSG.”

The spokesman said that that Islamabad supports a criteria-based approach and that the NSG must “be seen as a rule-based organization rather than a grouping which is driven by commercial and political considerations that trump its non-proliferation objectives.”

The note accompanying the criteria said that there was a “unique confluence of ideas on clarifying the factors for consideration of the participation of non-NPT Parties. These ideas can be encapsulated into the areas of the [International Atomic Energy Agency (IAEA)] safeguards regime, the NPT pillars, and halting nuclear testing, as well as clarifying how the NSG addresses violations of these commitments.”

Two criteria deal with nuclear testing. Applicant states would commit not to use any “item transferred either directly or indirectly from a NSG Participating Government or any item derived from transferred items in unsafeguarded facilities or activities” and “not to conduct any nuclear explosive test.” The criteria require a description of “intentions, plans, and policies in support” of the Comprehensive Test Ban Treaty (CTBT) when becoming a participating member of the NSG, but do not require a timeline for action.

India and Pakistan observe a nuclear testing moratorium, but neither country has signed or ratified the CTBT.

The criteria also take into account the animosity between India and Pakistan. The document calls for an understanding that any non-NPT member would join consensus with other NSG members when considering the “merits of any non-NPT party application.” If India were admitted, it would prevent New Delhi from blocking Pakistan if other NSG members felt Islamabad’s application met the membership criteria.

Applicants would be required to “support and strengthen the multilateral non-proliferation and disarmament regime by working toward the total elimination of nuclear weapons and enhancing the peaceful uses of nuclear energy.”