The states-parties to the 1972 Biological Weapons Convention (BWC) concluded the eighth review conference by adopting a final document that fell far short of what many sought and expected. Most of the participating countries viewed the results as a missed opportunity to advance measures to strengthen the legally binding accord that bans development, acquisition, and production of biological agents or toxins for possible weapons use.

After a successful preparatory commission meeting in August, the delegates in Geneva were well positioned to reach an agreement setting out a dynamic work program for the week-long meetings, called intersessionals, to be held annually during the five years before the next review conference. However they found themselves mired in debate over how to move forward in an age of rapidly advancing technological change. Iran and some in the Non-Aligned Movement (NAM) insisted on a return to negotiations on a protocol to the convention, while other countries, in particular the United States and the United Kingdom, stressed the need for focused intersessional work with the participation of experts to keep the accord relevant. 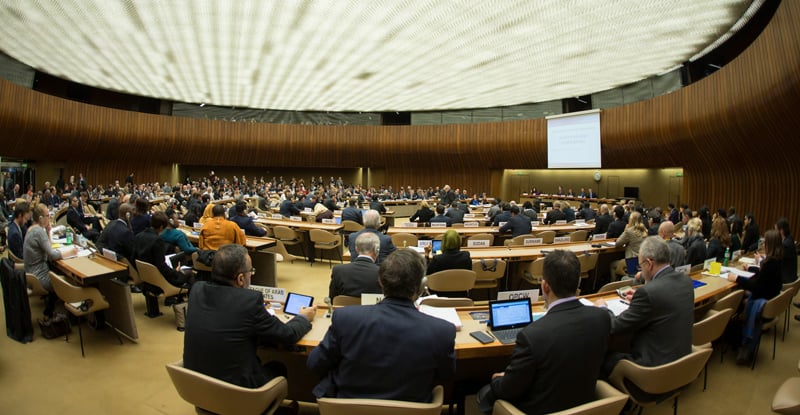 In the end, following three weeks of talks, the delegates adopted a final document Nov. 25 that essentially echoed the concluding document from the prior review conference, held in 2011, without including any of the key initiatives proposed for follow-on consideration at the intersessionals. In fact, the delegates did not even agree to hold such annual meetings, although they have been routine since 2002.

There was no shortage of ideas that would have benefited all countries. For instance, the United States and Russia, as well as Iran, the Nordic countries, Switzerland, and the United Kingdom, offered proposals for forming a scientific and technical body to assess the impact of rapid advances in biotechnology, such as the gene editing technology known as CRISPR, that could be abused to enhance the pathogenicity of a biological warfare agent. The proposals had much in common, with the key difference being the body’s composition, as the Russian proposal envisioned limited membership based on geographical representation while other proposals favored open membership for experts from all interested states-parties.

One of the perennial areas of contention is the view among the NAM countries that developed countries bear special responsibility under the BWC to promote international cooperation that benefits developing countries harmed by Western export controls. They see a need to strengthen cooperation to bridge the gap between developed and developing countries in biotechnology, genetic engineering, microbiology, and related areas. Western countries point to their extensive cooperation programs and contend that very few biological exports have been denied.

The NAM countries suggested filling this perceived gap by creating a committee to monitor and review international cooperation and assistance activities related to the use of microorganisms and toxins for peaceful purposes. Further, the committee could provide a mechanism to adjudicate complaints about export denials and to enhance confidence building among states-parties.

China and Pakistan, supported by Russia and the NAM countries, proposed establishing an export control regime because they view the 42-member Australia Group as an exclusive club that discriminates against nonmembers. Members of the Australia Group, which aims to prevent exports from contributing to biological or chemical weapons development, do not consider their group discriminatory and would not agree to the proposal.

India and the United States proposed that states seek to agree on key features of a national export regime. This was the first time the United States and India submitted a joint proposal and marks a significant change in their relationship. Such national legislation would include penalties for violations, a list of items requiring authorization prior to export, a national licensing system, export control guidelines, and criteria for transfers to limit the risks of proliferation of biological weapons by states or nonstate actors, including terrorist groups. 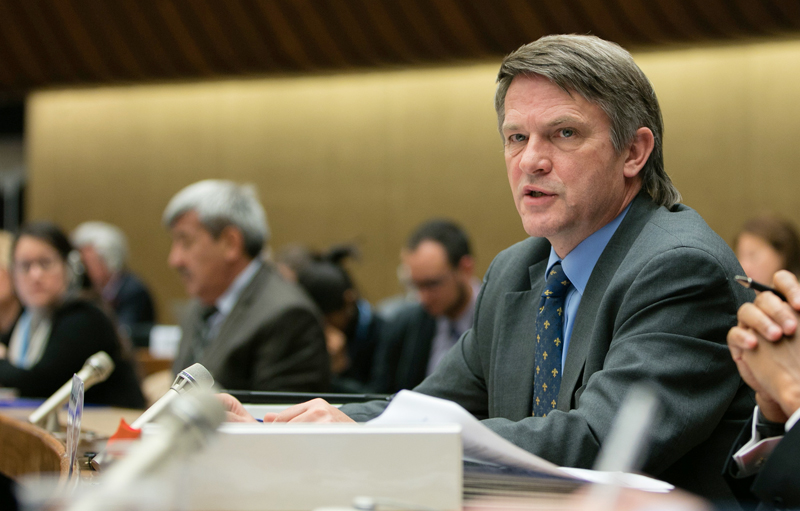 Other ideas included a French-Indian proposal to establish a database that would match countries’ specific offers to requests for assistance in the event of a biological attack. Other initiatives would strengthen response to the outbreak of disease. For instance, Russia proposed a working group on establishing mobile biomedical units to respond to natural epidemics or an outbreak due to use of a biological weapon. The United States, UK, and others found this unfeasible, but were willing to consider it to arrive at consensus.

In connection with a long-standing issue of instituting national implementation measures, the United States pointed out that a quarter of the states-parties do not have national laws prohibiting the development or production of biological weapon and one-third have no laws prohibiting their possession or transfer. Accordingly, there was a proposal for a working group on domestic law measures. China and Pakistan proposed the creation of a model, voluntary code of conduct for biological scientists that would study the ethical and moral risks of bioscience and technology and evaluate the risk of the possible threats emerging from bioresearch. This idea drew broad support.

One overriding contentious issue emphasized by the nonaligned states, Iran in particular, was the negotiation of a legally binding mechanism to ensure the implementation of all provisions of the convention. This harkens back to the 2001 breakdown of negotiations over the BWC protocol.

When the convention was concluded in 1971, it did not include an effective compliance mechanism. Since then, states-parties have attempted to rectify this primarily through verification protocol negotiations from 1995 to 2001, when the United States brought it to an end because it considered the provisions ineffective. Although some countries advocate resuming such negotiations, they nevertheless have agreed since 2002 to proceed with intersessional examination of subjects such as biosafety and biosecurity, codes of conduct, research oversight, DNA analysis, and advances in production and delivery technologies of biological agents and toxins.

This year, however, Iran refused to consider anything else without agreement on resuming verification negotiations. Some experts believe that Iran’s strategy was linked to the continued imposition of sanctions related to its nuclear program and the perception that it could stand up to the West. Although Russia and others also called for legally binding measures, particularly on verification, they were open to considering other options for building confidence in compliance.

Moshen Naziri Asl, Iranian ambassador to UN organizations in Geneva, said, “[A]fter the failure of reaching an agreement on the protocol in 2001, states-parties agreed to having an intersessional program as an interim recipe for surpassing” the stalemate. That arrangement “was not supposed to replace the protocol,” he said.

Despite considerable support for an ambitious intersessional work program over the next five years until the ninth review conference, the delegates agreed to a minimal outcome that includes a future one-week meeting of states-parties at the end of the year and a five-year extension of the BWC Implementation Support Unit. Robert Wood, the U.S. special representative for BWC issues, blamed Iran for the disappointing outcome, saying in a statement that the Iranians had been “inflexible and unwilling to compromise, or even engage in meaningful discussion.”

There is another chance to reach agreement on an intersessional program of work at the meeting of states-parties in December 2017.