Iran is asking the International Atomic Energy Agency (IAEA) to review IAEA procedures for protecting sensitive information after the Associated Press wrote about a document allegedly laying out Iran’s future plans for its nuclear program. The IAEA denied leaking the document.

The document, as described in the July 18 article, included details on Iranian plans for phasing in advanced centrifuges in 2027. At that point, certain limitations on Iran’s uranium enrichment, including restrictions on the types of centrifuges used, expire under the July 2015 nuclear deal reached between Iran and six world powers. (See ACT, September 2015.) 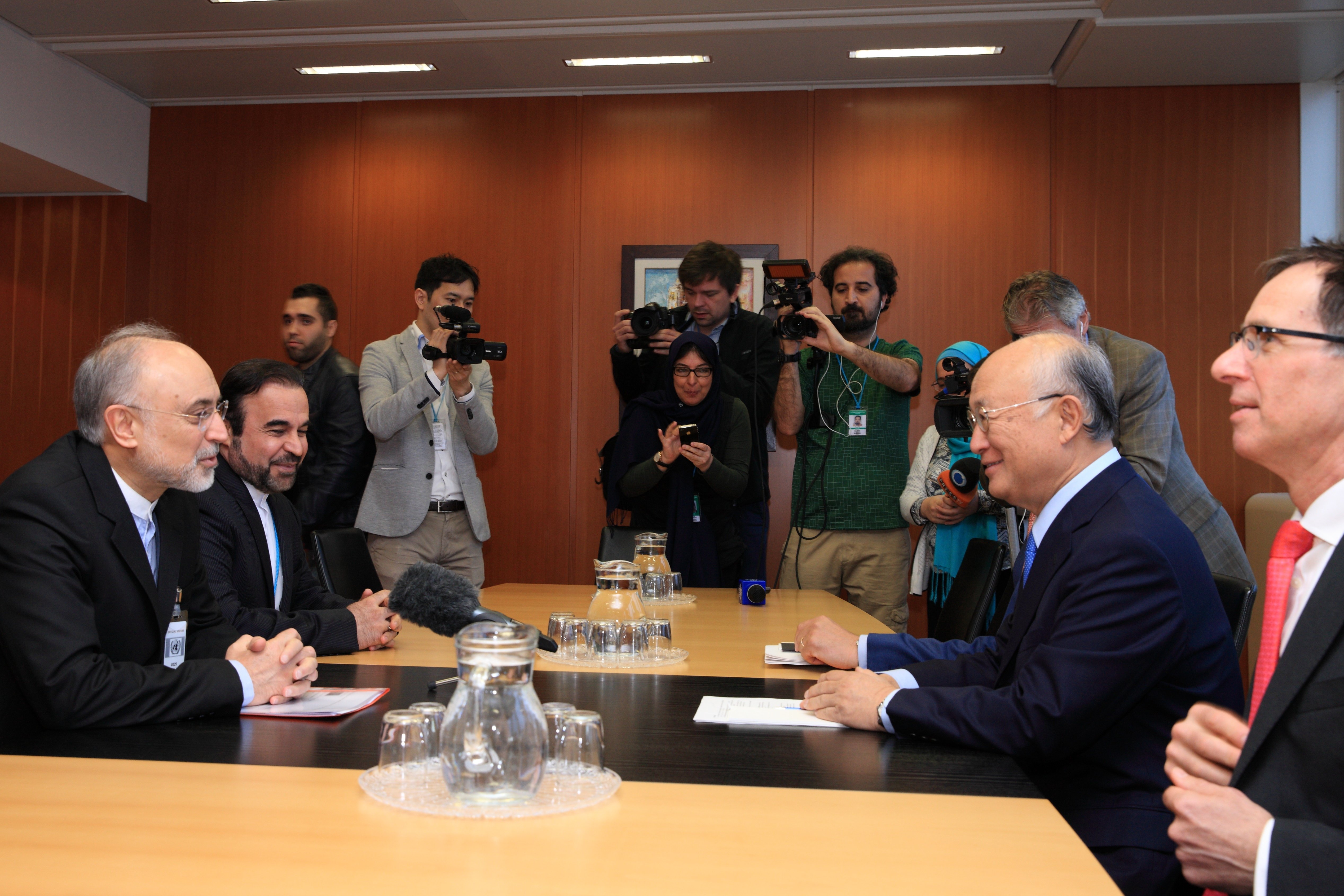 In a July 29 statement, the IAEA said it sent a letter to Iran in reply “rejecting any statement implying that the agency has leaked information” related to Iranian declarations to the IAEA.

Behrouz Kamalvandi, spokesman for the Atomic Energy Organization of Iran (AEOI), said on July 25 that Iran asked the IAEA in the letter to review its “methods of giving different experts access to the secret information” and to have mechanisms to “protect these secret documents.”

Iran submitted information on the future of its nuclear program to the IAEA as part of the declaration required for implementing its additional protocol, which expands its nuclear safeguards agreement with the IAEA.

In June, Reza Najafi, Iran’s ambassador to the IAEA, said that Iran would be submitting confidential information soon to the agency as part of its declaration. At that point, Najafi said Tehran “demanded that the country’s confidential nuclear data be protected.”

Iran began provisionally implementing its additional protocol Jan. 16 as part of the nuclear deal, known as the Joint Comprehensive Plan of Action reached between Iran and the P5+1 (China, France, Germany, Russia, the United Kingdom, and the United States).

By deploying enough advanced centrifuges, Iran could reduce the time it would take to produce enough fissile material to fuel a nuclear weapon. During the first 10 years of the nuclear deal, it would take Iran at least 12 months, according to U.S. officials.

State Department spokesman Mark Toner said at a July 19 press briefing that, after the first decade of the agreement, Iran’s enrichment capacity will “undergo measured, incremental growth that is consistent with a peaceful civilian program.” If Iran tries to pursue nuclear weapons development at that time, Washington is confident that the safeguards in place would detect any such movement, he said.

Toner did not comment on the authenticity of the document, but said Iran’s research and development plan was “thoroughly vetted and reviewed” by the IAEA and the P5+1.

Ali Akbar Salehi, head of the AEOI, said on July 23 that Iran and Russia were finalizing the details on a sale of 40 tons of heavy water and that the AEOI is in discussion with several European countries on additional sales of heavy water.

Iran is required under the nuclear deal to keep its stockpile of heavy water below 130 tons. Iran is still producing heavy water and slightly exceeded that limit in February, necessitating the sales.

Hamid Baeedinejad, director-general for political affairs and international security in the Iranian Foreign Ministry, said Aug. 7 that Iran is in talks with several countries, including some in Europe, on cooperation to turn Fordow into a “modern center for development and research” in nuclear physics.

Iran is also moving forward on plans to expand its nuclear power infrastructure and plans to begin construction on two new units at its Bushehr site. Iran currently has one nuclear power reactor at the site. Russia built and fuels the reactor.

Rosatom, Russia’s state-owned nuclear power company, and Iran signed a memorandum of understanding in 2014 that included plans for Rosatom to supply Iran with additional units at Bushehr. This memorandum built on a 1992 agreement between Russia and Iran on nuclear cooperation.

Salehi said that construction on the two units will begin this year, now that Russia and Iran have reached an agreement on several outstanding technical issues. Rosatom stated at the time that seismic parameters were one of the concerns holding up the construction.

In the Iranian calendar, the current year ends March 20. Construction was originally slated to begin during the last Iranian calendar year. Russian Energy Minister Alexander Novak said Aug. 8 he thought the construction could begin in 2016.

Light-water reactors are exempt from the provision of the nuclear deal requiring approval from the procurement review process established to monitor and approve Iran’s purchases of dual-use materials.