“Over the past 50 years, ACA has contributed to bridging diversity, equity, inclusion and that's by ensuring that women of color are elevated in this space.”
– Shalonda Spencer
Women of Color Advancing Peace, Security, and Conflict Transformation
June 2, 2022
Group Seeks Nuclear Ban Negotiations

A supermajority of the non-nuclear-weapon states that participated in a working group on nuclear disarmament in Geneva this year called on the UN General Assembly to convene a conference in 2017 to negotiate a legally binding agreement that prohibits nuclear weapons.

The final outcome of the open-ended working group, a forum in which all UN members can participate, sets the stage for what many diplomats believe will be a highly contentious debate on a resolution to mandate the start of formal talks on such a treaty at the UN General Assembly First Committee in New York this fall. 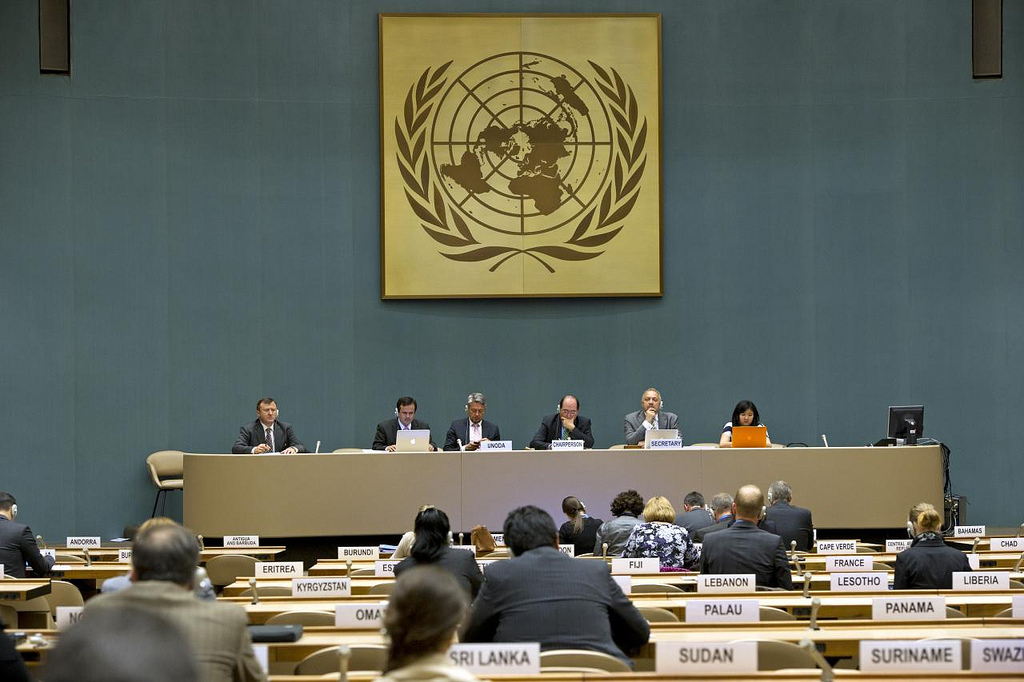 On Aug. 19, by a vote of 68 to 22 with 13 abstentions, countries approved the final report of the working group. Many countries had expected the final report to pass by consensus, as the most contentious paragraphs underwent multiple revisions in an attempt to reconcile differing views. But the Australian delegation announced that it could not support the final report and called for a vote. An Australian Department of Foreign Affairs spokesman told The Guardian that Australia sought the vote as “the most effective way to register our opposition to a recommendation to start negotiations on a ban treaty.”

The final report reflected the different opinions on how to advance nuclear disarmament by noting that more than 100 countries, not all of which were present for the final vote, supported the recommendation to begin negotiations on a ban treaty, while a smaller group, most of them close U.S. allies, opposed the recommendation. (See ACT, June 2016.)

Although none of the nine nuclear-armed states attended the working group meetings, countries that rely on U.S. nuclear weapons for their protection did participate. (See ACT, March 2016.) The final report noted that these so-called umbrella states backed “the pursuit of practical steps consisting of parallel and simultaneous effective legal and non-legal measures to take forward multilateral nuclear disarmament negotiations,” such as achieving entry into force of the Comprehensive Test Ban Treaty and commencing negotiations on further nuclear weapons reductions below the 2010 New Strategic Arms Reduction Treaty levels.