“The Arms Control Association and all of the staff I've worked with over the years … have this ability to speak truth to power in a wide variety of venues.”
– Marylia Kelley
Tri-Valley Communities Against a Radioactive Environment
June 2, 2022
New Missile Defense Concepts Advance 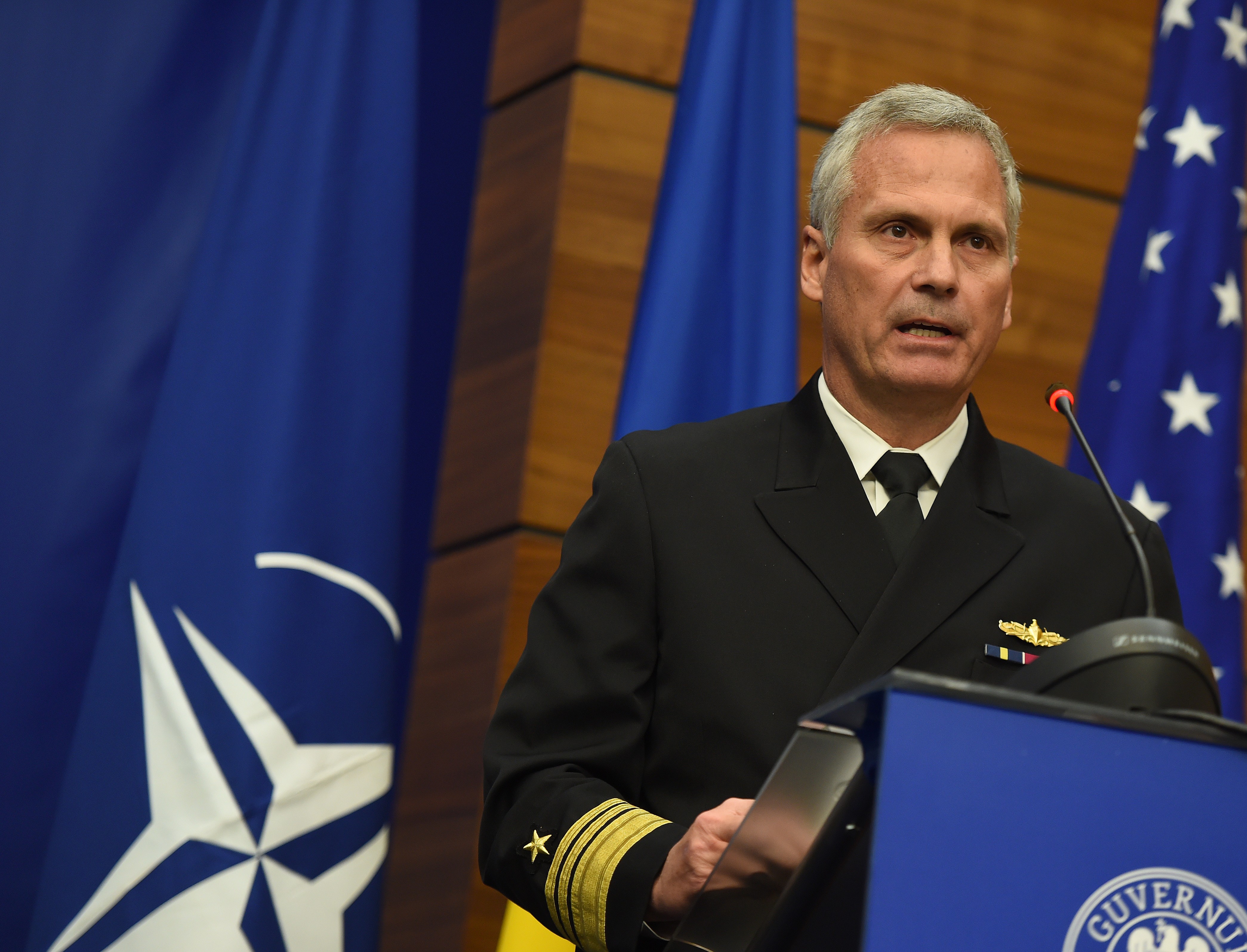 The Obama administration’s fiscal year 2017 budget request would increase funding to improve the capability of the U.S. system intended for protection of the U.S. homeland against long-range missiles launched from North Korea or Iran and the pursuit of advanced technology efforts to ensure the system stays ahead of foreign missile threats.

These proposed increases come amid growing concerns from high-ranking military officials that the current U.S. strategy to defeat adversary ballistic missiles is “unsustainable.”

Some of the advanced anti-missile technologies the Defense Department is pursuing, such as airborne lasers to zap missiles in the early stages of their flight, have been unsuccessfully pursued in the past.

Congress appropriated $8.3 billion for the MDA, which is part of the Defense Department, for fiscal year 2016.

At a Feb. 9 press briefing at the Pentagon, Vice Adm. James Syring, the director of the MDA, said that although the agency’s fiscal year 2016 budget request projected a decrease in funding for fiscal year 2017, the bipartisan budget deal approved by Congress and signed by President Barack Obama last October set new spending levels that reduced the MDA’s fiscal year 2017 request by an additional $300 million.

The program to protect the U.S. homeland against a limited long-range missile attack, known as the Ground-Based Midcourse Defense (GMD) system, would receive $862 million under the budget proposal, a decrease of $408 million, or 32 percent, from last year’s enacted level of $1.3 billion. The request keeps on track the Defense Department’s plan to increase the number of interceptors in Alaska and California from 30 to 44 by the end of fiscal year 2017 in response to concerns about North Korea’s growing nuclear and long-range missile capabilities. (See ACT, April 2014.) Fiscal year 2017 begins on Oct. 1.

In addition, the request would provide $274 million to design a new kill vehicle for the GMD system, a slight decrease of $5 million below the fiscal year 2016 appropriation of $279 million. Over the next five years, however, the MDA is seeking $2.2 billion for this effort, a major increase over the $626 million the agency was projecting to request from fiscal years 2016 through 2020.

The kill vehicle sits atop the interceptor’s booster rocket and is intended to collide with a target in outer space.

There have been serious concerns about the GMD interceptors since they were rushed into service by the George W. Bush administration in 2004. In response to these concerns, the MDA announced in March 2014 that it would build and deploy by 2020 a redesigned kill vehicle that would be more reliable and cost effective than the current versions. (See ACT, July/August 2014.)

The budget request also seeks a funding increase for a new ground-based sensor to provide enhanced tracking and discrimination capabilities for the GMD system. The program would receive $317 million in fiscal year 2017, an increase of $180 million over the current-year level.

In a Feb. 17 report, the Government Accountability Office (GAO) repeated its warnings about the strategy the MDA is pursuing to improve the GMD system. According to the report, the MDA “has not demonstrated several key homeland missile defense capabilities and is relying on high-risk acquisition practices to achieve its goal of fielding 44 interceptors by the end of fiscal year 2017.”

The report also raised concerns that the MDA is pursuing “an aggressive schedule to begin fielding” the redesigned kill vehicle by 2020 and that it is “unclear whether MDA has allowed enough time for modifying and maturing” the desired components and technologies for the redesign.

According to budget documents released on Feb. 9, the fiscal year 2017 proposal supports the MDA’s efforts to develop advanced technologies “to adapt as the threat changes in the future.” 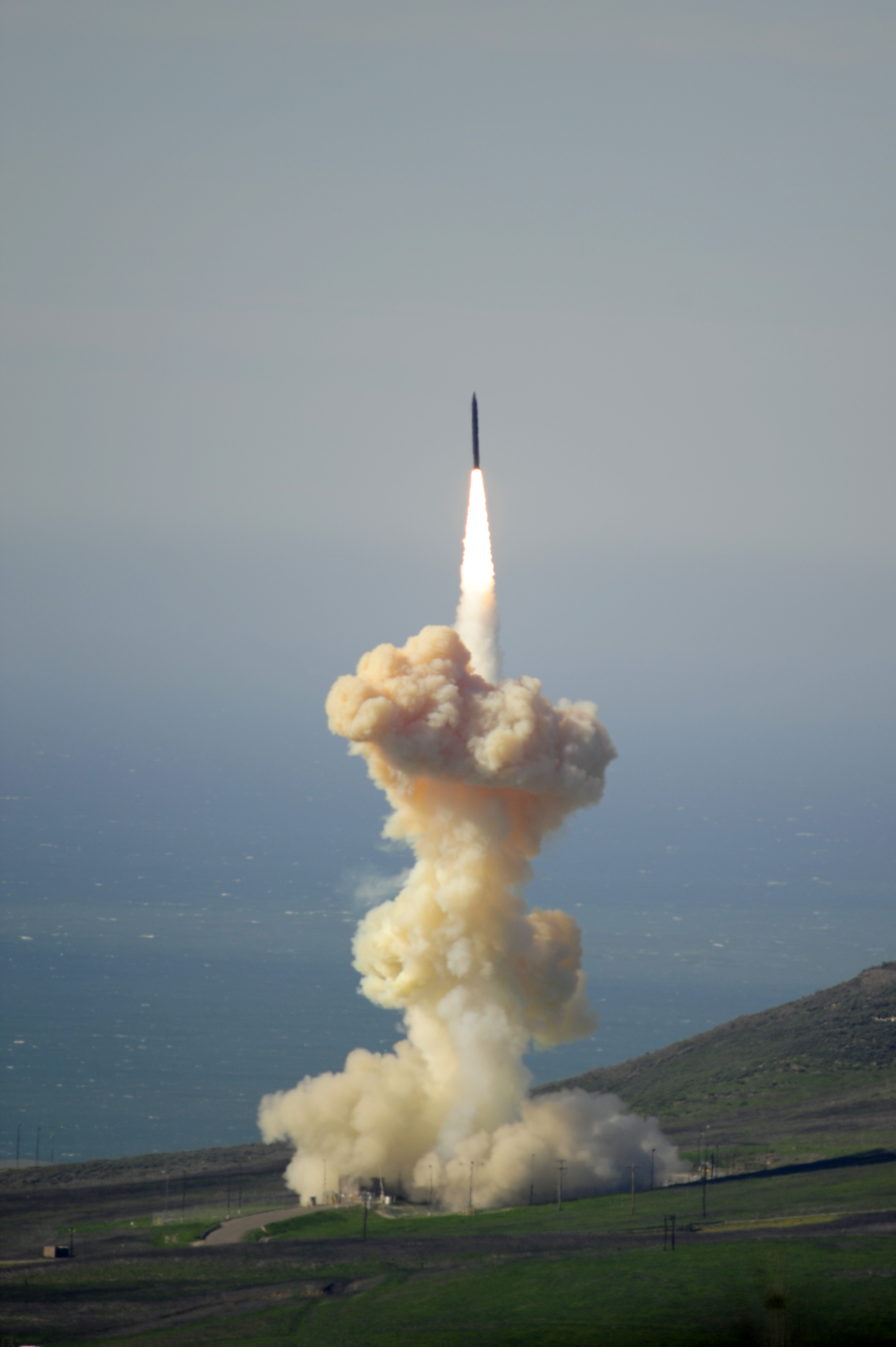 The request includes $72 million, an increase of $21 million above the fiscal year 2016 appropriation, to advance work on a next-generation laser system “capable of defeating advanced threats and [missile] raids more efficiently than existing missile interceptors.”

The request would provide $90 million, an increase of $63 million from the current-year level, to place a sensor on the MQ-9 reaper drone to improve missile tracking and design a laser that could be put on unmanned aerial vehicles, as drones are more formally known, to destroy intercontinental ballistic missiles in their boost phase—that is, the early part of the missile’s ascent when the missile’s rocket motor is still burning.

Syring told lawmakers at a House Armed Services Committee hearing on March 19, 2015, that the MDA’s goal is to deploy a laser-armed drone by 2025.

The MDA also is requesting $72 million, an increase of $10 million above the fiscal year 2016 enacted level, to develop a new “multi-object kill vehicle” to allow a single GMD interceptor to destroy multiple targets. The program is envisioned as a follow-on to the redesigned vehicle the MDA is seeking to deploy by 2020.

Syring said at the March 2015 hearing that kill vehicles capable of destroying multiple objects “will revolutionize our missile defense architecture, substantially reducing the interceptor inventory required to defeat an evolving and more capable threat to the homeland.”

The George W. Bush administration initiated programs to put a high-powered laser on a Boeing 747 and develop a multiple-object kill vehicle, but both efforts were discontinued by the Obama administration during its first term due to concerns about their effectiveness and cost. The airborne laser program was canceled in 2012 after $5.3 billion had been spent on the program. The Defense Department spent $700 million developing a multiple-object kill vehicle concept before shelving it in 2009.

The MDA’s efforts to improve the effectiveness of the GMD system against current and potential threats come as senior military leaders are raising alarms about the sustainability of current U.S. missile defense efforts.

Adm. Bill Gortney, the head of the North American Aerospace Defense Command and U.S. Northern Command, told the Senate Armed Services Committee on March 10 that the U.S. missile defense system “is in an unsustainable cost model, which has us postured to shoot down inexpensive rockets with very expensive ones.”

Gortney said that the Defense Department must augment current defenses with capabilities “designed to defeat ballistic missile threats in the boost phase as well as before they are launched.”

He added that the MDA “is working on emerging technology that will enable us to employ...methods to defeat ballistic missile threats” without physically destroying them with an interceptor “when we receive indications that a launch is imminent.” Gortney did not specify what these methods would entail.