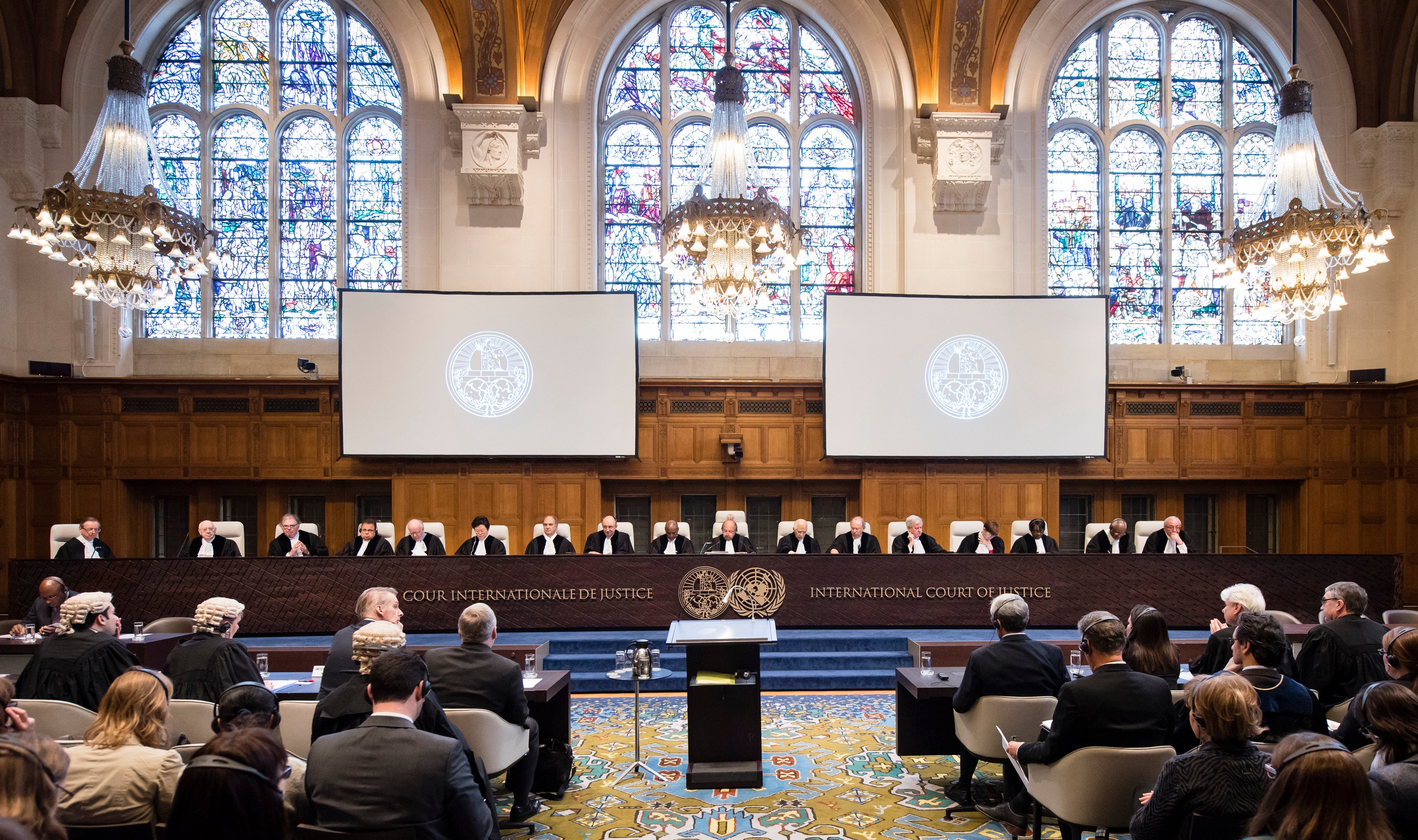 The International Court of Justice (ICJ) in The Hague began hearing arguments March 7 in a case brought against nuclear-armed India, Pakistan, and the United Kingdom by the Republic of the Marshall Islands, which contends that the UK has failed to meet disarmament obligations under Article VI of the nuclear Nonproliferation Treaty (NPT) and NPT nonsignatories India and Pakistan have breached nuclear disarmament obligations established under customary international law.

The action by the island republic, which was a U.S. protectorate until 1986, represents the most significant international legal challenge on nuclear weapons since the ICJ issued an advisory opinion on the “the legality of threat of or use of nuclear weapons” in 1996. It also reflects the growing frustration of many non-nuclear-weapon states over what they see as the slow pace of nuclear disarmament.

The Marshall Islands, whose land and people were severely affected by 67 U.S. atmospheric nuclear tests conducted there from 1946 to 1958, is petitioning the ICJ to declare the three states in breach of their nuclear disarmament obligations and order them to initiate negotiations on nuclear disarmament.

In its 1996 advisory opinion, the ICJ judged that the threat and use of nuclear weapons was generally illegal, but added that it could not decide whether this illegality applied “in an extreme circumstance of self-defense in which the very survival of a State would be at stake.” Three judges dissented from that ruling, arguing that nuclear weapons were illegal in all circumstances. In its 1996 opinion, the ICJ also concluded unanimously that the disarmament obligation is not limited to NPT parties.

In court arguments, India, Pakistan and the UK separately argued that the Marshall Islands case was without merit and that they were committed to achieving nuclear disarmament. India in particular emphasized its votes in favor of nuclear disarmament at the UN General Assembly.

The Indian government “believes that given our consistent and principled position on the NPT, to which India is not a party to, NPT provisions cannot be extended to India as a legal obligation,” External Affairs Ministry spokesperson Vikas Swarup said in a March 7 statement.

On the same day that the nuclear disarmament case opened at the ICJ, India conducted a test of its new, nuclear-capable K-4 submarine-launched ballistic missile.

Tony de Brum, a representative of the Marshall Islands in the case and the former foreign minister, charged at the ICJ on March 15 that by “proudly and rapidly enhancing and diversifying” its nuclear arsenal, India’s “conduct is the opposite of satisfying a legal obligation to negotiate in good faith nuclear disarmament.”

In April 2014, the Marshall Islands filed formal applications in the ICJ instituting proceedings against all nine of the world’s nuclear-armed states. But only India, Pakistan, and the UK accept the compulsory jurisdiction of the court and appeared in The Hague to argue their side in the case. The other nuclear-armed states were invited to respond, but China declined and the others did not respond.

The ICJ is expected to issue separate rulings on the jurisdiction and admissibility of each case later this year. If the court rules in favor of the Marshall Islands, the process will move to the merits phase. If the court rules against the plaintiffs, the case will be over.