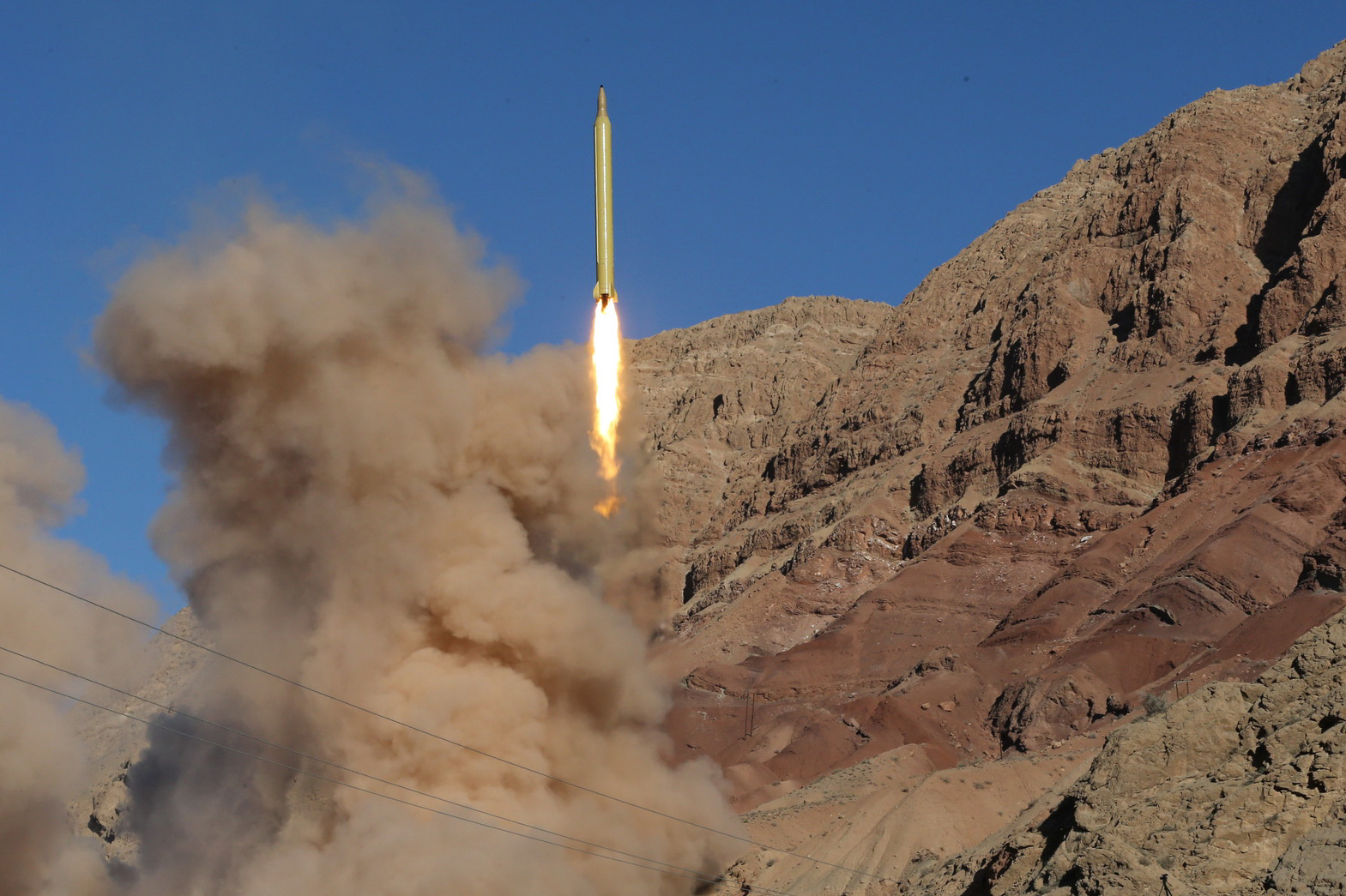 On March 9, Iran launched two different variations of the Qadr medium-range ballistic missile as part of a military drill from a site in the Alborz Mountains in northern Iran. One of the missiles, the Qadr-F, has a range of 2,000 kilometers; the other, the Qadr-H, has a range of 1,700 kilometers, according to Iran’s Islamic Revolutionary Guard Corps.

The calls by U.S. officials and members of Congress for additional sanctions stem from concerns that the missile tests run contrary to UN Security Council Resolution 2231, which calls on Iran not to develop or test ballistic missiles that are “designed to be nuclear capable.”

Iranian Foreign Minister Mohammad Javad Zarif said on March 15 that the launches were permitted under the resolution because the missiles tested were not designed to be capable of delivering nuclear warheads. Zarif, in an address at the Australian National University, said that Resolution 2231 does not call on Iran “not to test ballistic missiles, or ballistic missiles capable of delivering nuclear warheads.”

The international community generally defines a ballistic missile as being nuclear capable if it can carry a 500-kilogram payload a distance of 300 kilometers.

Passed last July, Resolution 2231 endorses the nuclear deal reached between Iran and six countries (China, France, Germany, Russia, the United Kingdom, and the United States) earlier in July and terminates past Security Council resolutions on Iran’s nuclear program, including Resolution 1929. (See ACT, September 2015.) Resolution 1929, which prohibited Iran from developing and launching missiles that were “capable of delivering nuclear weapons,” was terminated on Jan. 16, when the nuclear deal was formally implemented. Resolution 2231 came into effect that day.

Samantha Power, U.S. ambassador to the United Nations, said on March 14 that she raised the issue of Iran’s ballistic missile tests being inconsistent with Resolution 2231 at a Security Council meeting that day. In remarks to press after the meeting, Power said the missiles were “designed to be capable of delivering nuclear weapons” and called the launches destabilizing and provocative.

Vitaly Churkin, Russian ambassador to the UN, took a different view, saying that Iran’s tests did not violate Resolution 2231 because the resolution only “call[s] upon” Iran to abide by the restriction. Churkin said that “you cannot violate a call.” The earlier resolution said that Iran “shall not” undertake any activity related to nuclear-capable ballistic missiles.

Members of the U.S. Congress are also considering national sanctions against Iran.

Ayotte said in a March 17 press release that she led efforts on the Iran Ballistic Missile Sanctions Act of 2016 because “the potential danger to our homeland, as well as the urgent threat to our forward deployed troops and our allies like Israel, is only growing.”

Iranian officials have said that Tehran would limit its missiles to a range of 2,300 kilometers. (See ACT, March 2016.)

Cardin said he is working on bipartisan sanctions legislation that will respond to Iran’s repeated ballistic missile launches.