“The Arms Control Association and all of the staff I've worked with over the years … have this ability to speak truth to power in a wide variety of venues.”
– Marylia Kelley
Tri-Valley Communities Against a Radioactive Environment
June 2, 2022
Air Force Seeks Mobile ICBM Option 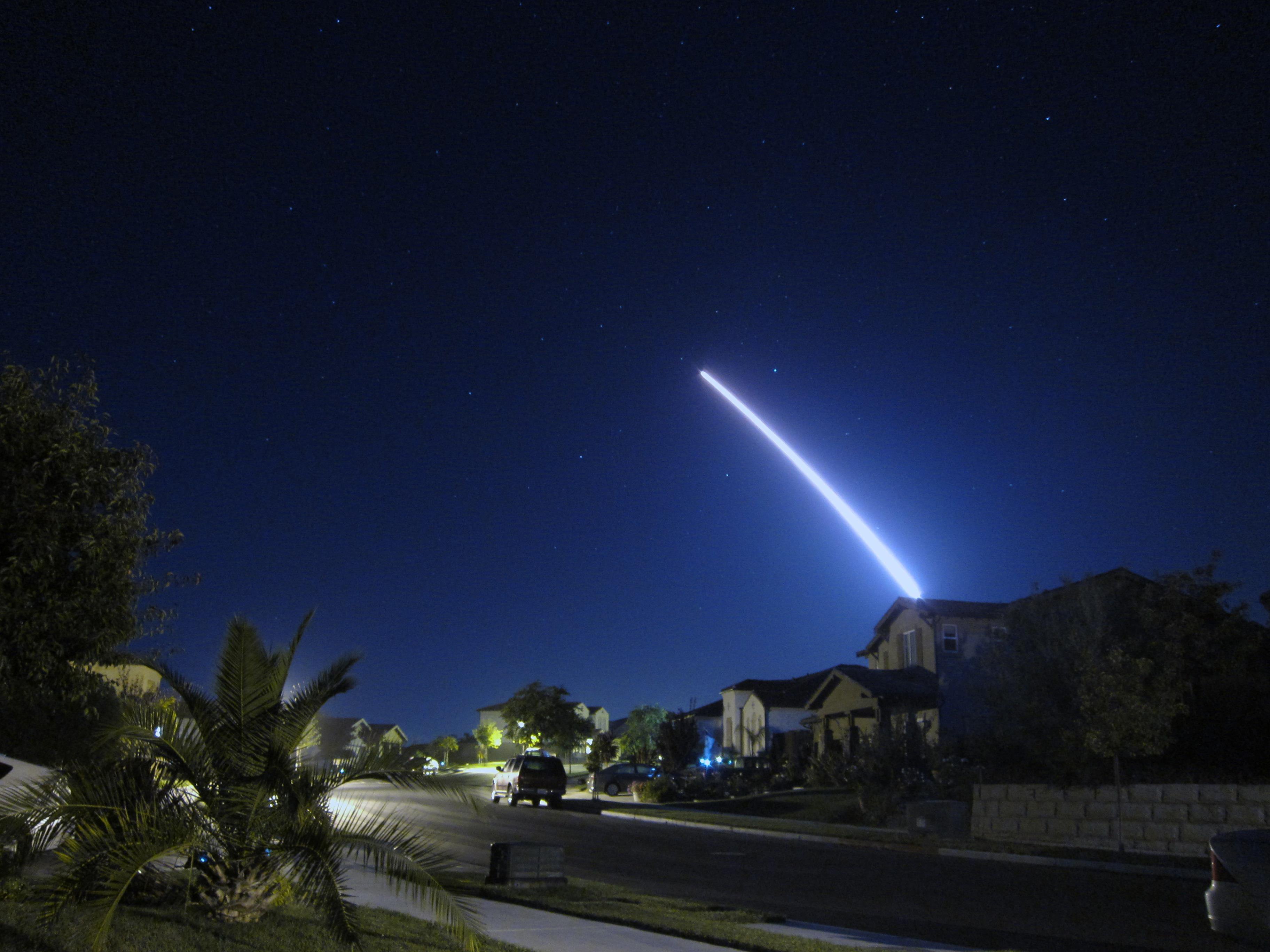 The U.S. Air Force is planning to design a next generation of intercontinental ballistic missiles (ICBM) that will have the capability to be deployed on mobile launchers, a knowledgeable source told Arms Control Today last month.

Initial Air Force estimates suggest that it would cost roughly $400 million in development funding to provide the “modularity” that would allow this option, the source said.

A decision by the United States to deploy ICBMs on a mobile platform would represent an unprecedented development in U.S. nuclear strategy. The United States explored two mobile ICBM options during the Cold War—the Peacekeeper, which would have been carried by railcars, and the small ICBM, or Midgetman, which would have been carried by trucks—but both programs were canceled before they became operational.

Developing transportable ICBM forces would cost at least $80 billion more over the next 50 years than retaining only silo-based missiles, according to Air Force estimates.

In an email exchange last month, Maj. Robert Leese, an Air Force spokesman, confirmed that the service is pursuing a replacement for the silo-based Minuteman III system “that will provide the option for alternative modes of operation in the future.” The replacement is known as the Ground-Based Strategic Deterrent (GBSD).

Leese declined to provide additional details, saying that “[t]he design features and the total cost required to support this option will be evaluated” later in the acquisition process.

A 2014 report by the RAND Corp. on the future of the ICBM force said a “mobile missile must be designed and built to more-demanding specifications then a silo-based ICBM,” such as remaining “reliable under the rigors of periodic movement.” The Minuteman III currently is not capable of being put on a mobile platform.

The requirement to examine future ICBM mobility appears to have originated with the 2010 “Nuclear Posture Review Report.” The document stated that the Defense Department would study “new modes of ICBM basing that enhance survivability and further reduce any incentives for prompt launch.” Under this argument, a mobile ICBM would enhance the overall survivability of the ICBM force by making the missile more difficult to target and destroy, thereby reducing the pressure the president might feel in the event of a nuclear attack to use ICBMs quickly lest they be destroyed.

The current Air Force proposal for replacing the Minuteman III calls for procuring 642 replacement missiles and rebuilding the existing missile infrastructure at an estimated acquisition cost of $62.3 billion (in then-year dollars) over the next 30 years. (See ACT, July/August 2015.)

That number of missiles would allow the United States to have a capability extending into the 2070s to deploy 400 ICBMs, the number that the United States will have in 2018 under the terms of the New Strategic Arms Reduction Treaty (New START).

To meet the treaty limits, the Defense Department has said it will reduce the U.S. arsenal from its current level—441 deployed missiles as of September 2015—while retaining 50 nondeployed missile launchers.

Leese said that, under the GBSD program, the Air Force is proposing to build “an improved system” that replaces the entire Minuteman III flight system, including the re-entry vehicles, guidance system, and propulsion system. The program also would renovate the associated missile-launch facilities, launch control centers, and command-and-control system, he said. The Nuclear Security and Deterrence Monitor reported last August that the plan is to replace the missiles first, followed by the support systems. The program is scheduled to achieve an initial operating capability of nine missiles by fiscal year 2029, the report said.

The Obama administration is requesting $114 million for the program in fiscal year 2017, an increase of almost $39 million over the appropriation for the current fiscal year. (See ACT, March 2016.)

The knowledgeable source said that, under the Air Force plan, the replacement missiles that will be fielded between 2028 and 2036 will not include mobile missiles.

ICBMs make up the land-based leg of the U.S. nuclear triad of delivery systems, which also consists of submarine-launched missiles and long-range bombers. The bombers can carry air-launched cruise missiles and gravity bombs.

The Minuteman III, which has a range of more than 8,000 miles, was first fielded in 1970 with a planned service life of 10 years. Several multibillion-dollar life extension programs have kept the missile in service for more than 40 years.

In 2014 the Air Force completed an analysis of alternatives to sustain the ICBM force beyond the anticipated end of the Minuteman III’s service life in 2030.

The analysis ultimately recommended that the Air Force proceed with the replacement option. The total life-cycle cost of this approach was estimated at $159 billion (in fiscal year 2014 constant dollars) between fiscal years 2016 and 2075, according to Leese.

The baseline option was estimated to cost $160 billion and the hybrid option $242 billion.

Leese said that mobile forces would not have been deployed until around 2050 under the hybrid option.

Like the Air Force, the 2014 RAND study ruled out basic sustainment of the Minuteman III as a realistic follow-on option, noting that “replacement of failed items with exact replicas is not possible in some instances.”

The RAND study took a more favorable view of an approach to sustaining the Minuteman III beyond 2030 that the authors called “incremental modernization,” which differed from the three main alternatives that the Air Force considered. The report said maintaining the missile through continued life extension programs and “gradual upgrades is a relatively inexpensive way to retain current ICBM capabilities.”

The study identified two challenges to this approach. First, the number of Minuteman III missile bodies is declining due to test launches. Based on the current testing pace, maintaining a force of 400 missiles, as is the plan under New START, would deplete the test inventory by 2035. Second, the report said incremental modernization would be “viable” only if the capability the Minuteman III provides “is not substantially changed.”

In the March email exchange, Leese said the analysis of alternatives “looked at a ‘phased’ implementation of” system “improvements” but did not recommend this option. “Incremental modernization is hindered by” the near-term need to upgrade key parts of the missile “and the remaining elements of the weapon system,” such as ground security and communications, he said.

This approach would also increase the near-term cost of sustaining the Minuteman III, Leese added.

Meanwhile, an Air Force official told Politico last October that “as enemy capabilities continue to progress...more advanced technologies are required to meet” the ICBM mission. The official did not specify what new technologies would be required or if a future mobile option is desired to enhance the U.S. capability.

A Feb. 17 story in The Daily Beast cited concerns among some military officials that the Minuteman III lacks the required accuracy to destroy key hardened targets. 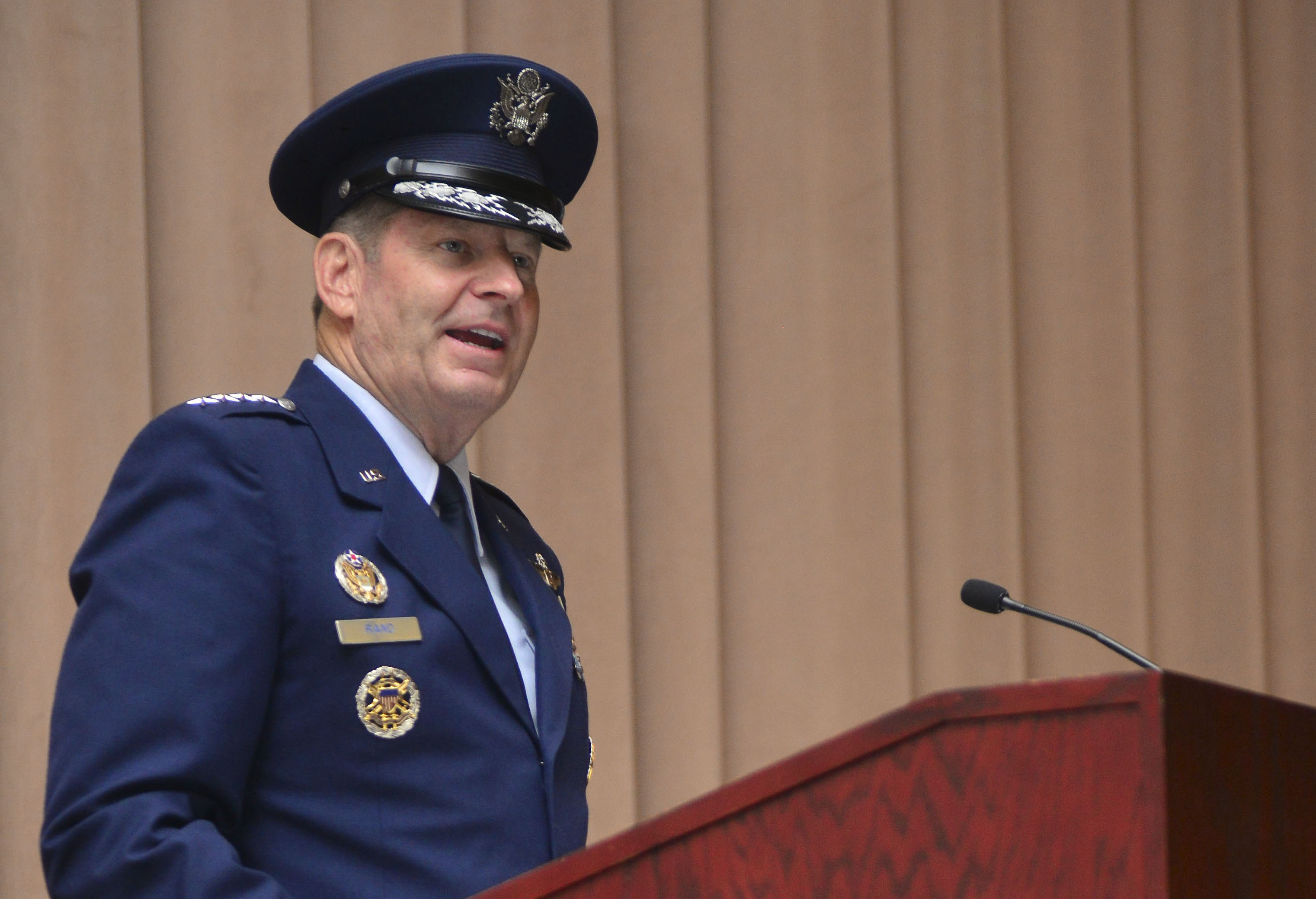 In addition, Gen. Robin Rand, the commander of the Air Force Global Strike Command, told lawmakers at a House Armed Services Committee hearing on March 2 that the Minuteman III “will have a difficult time surviving” against missile defenses or other anti-missile capabilities—known as “anti-area access denial”—that potential adversaries are expected to possess “in the 2030 and beyond time period.”

When asked to clarify whether future Russian or Chinese missile defenses could prevent the Minuteman III from delivering nuclear warheads to their targets, a second Air Force spokesman said in an email last month that the “[s]pecifics regarding the survivability of the Minuteman III weapon system are classified.” The spokesman added that the GBSD program will “address future threats, especially those that may emerge in a post-2030 Anti-Access/Area Denial environment.”

A second knowledgeable source who has been briefed on the GBSD program questioned the Air Force’s approach to replacing the Minuteman III. The source said in an interview that the Air Force had yet to adequately explain why the Minuteman III could not be sustained until the 2040s, thereby allowing the Air Force to defer until then its decision on whether to build a replacement system.

Todd Harrison, director of defense budget analysis and a senior fellow at the Center for Strategic and International Studies, wrote in a January report that “delaying GBSD by five years would yield savings in the early 2020s averaging $2 billion annually.”